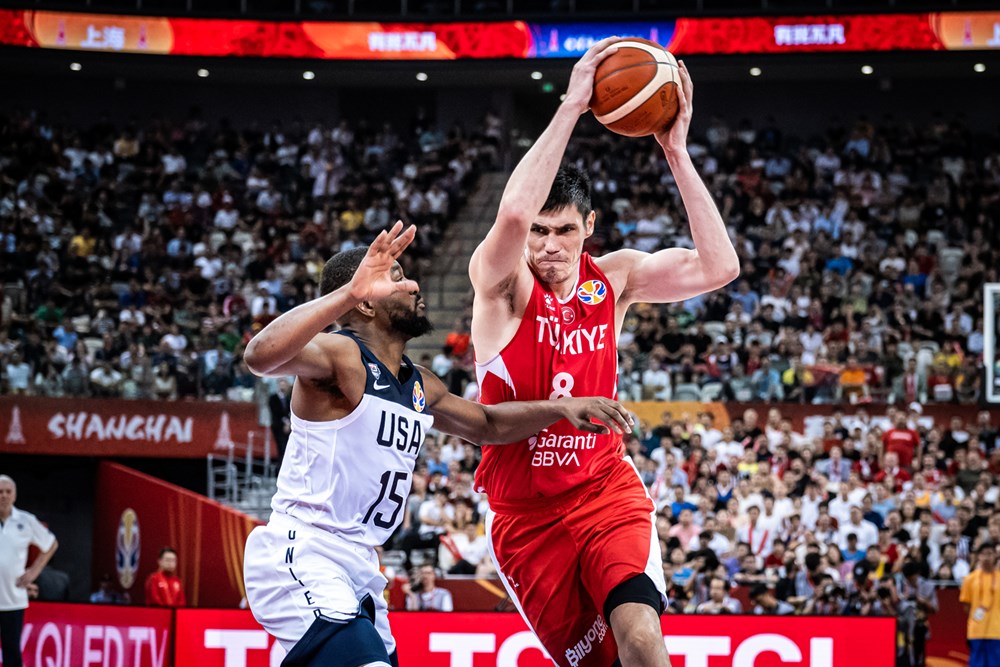 The United States of America survived four missed foul shots with under 10 seconds left in overtime to beat Turkey 93-92 t improve to 2-0 and take control of Group E at the 2019 FIBA World Cup.

Turkey leading 81-79 with 11 seconds left in regulation fouled Jayson Tatum behind the three-point line with .1 seconds left on the clock. Tatum connected on 2-of-3 free-throws to send the game into overtime.

Turkey took opened up a 89-84 lead in overtime and had the USA dead in the water. Leading 92-91 with 9 seconds left and ball in the USA’s possession. Turkey forced a turnover from Myles Turner and an ensuing Joe Harris foul to stop the clock was deemed unsportsmanlike, giving Turkey two free-throws plus possession of the ball.

Turkey’s Dogus Balbay stepped to the line and missed the two freebies. The USA fouled Cedi Osman on the inbounds pass — sending the Cleveland Cavaliers guard to the line with just 9 seconds remaining.

Osman, a NBA career 73.6% free-throw shooter missed both foul shots. Jayson Tatum ended-up with the rebound after a fight for the ball and pushed it down the floor, finding a streaking Khris Middleton who was hammered with 2 seconds remaining in overtime

Middleton, calmly stepped up to the line, and buried both foul shots to give the USA the improbable 93-92 win over a tough Turkey squad.

USA (2-0) will wrap-up Group E action with a tilt against Japan (0-2) leaving Turkey (1-1) to fight for their World Cup lives in a match-up against upstart Czech Republic (1-1).