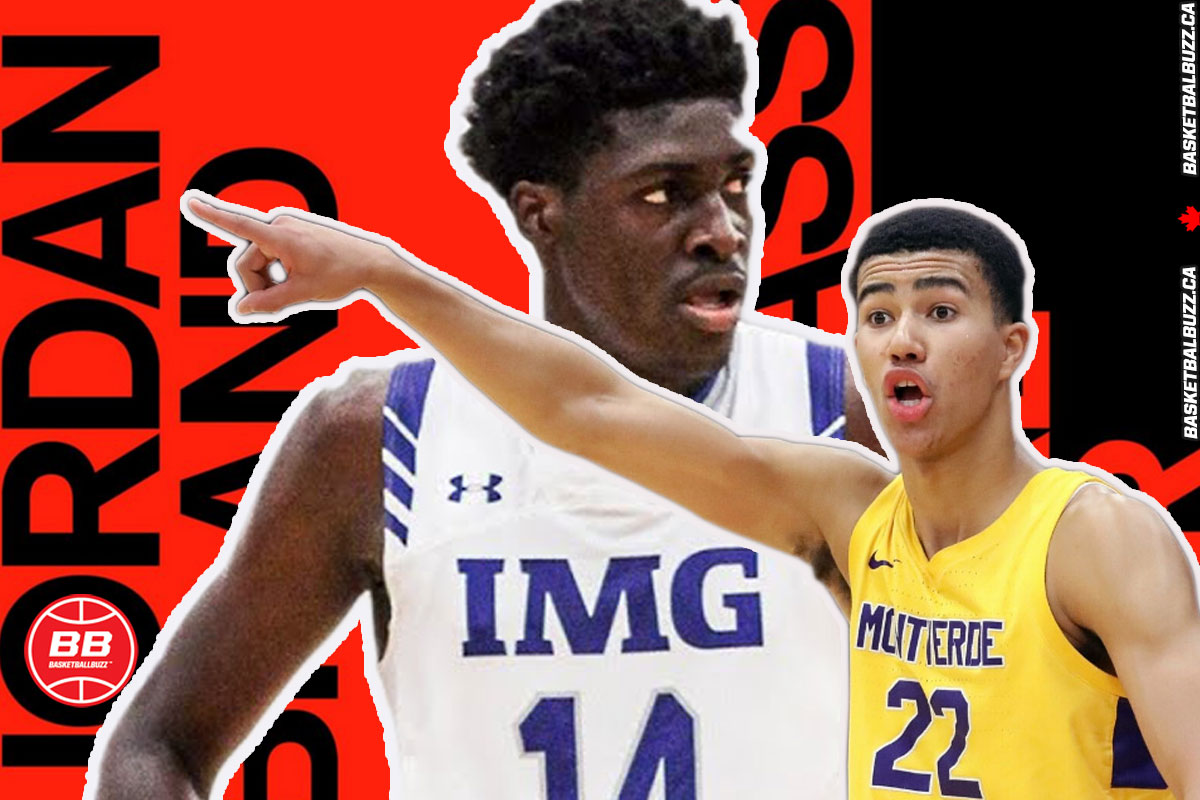 The Canadian basketball tradition continues at one of the most prestigious high school basketball all-star showcases in the world. Two of Canada’s top incoming NCAA freshmen have been selected to the 2021 Jordan Brand Classic.

Houstan, a consensus five-star recruit and the No. 1 rated player in the state of Florida, led Monteverde to the 2021 National High School Championship following 24-1 record. Houstan committed to the Michigan Wolverines as the highest rated recruit since Glen Robinson II in 2012.

Bediako, a four-star recruit and towering presence in the paint, he turned down offers from Duke, Baylor, Michigan and several other powerhouse teams, instead choosing to commit to head coach Nate Oats and the Alabama Crimson Tide.

The younger Bediako represented Canada at the 2019 U19 FIBA World Cup in Greece. As one of the youngest players on the team, he averaged 8.9 points, 5.1 rebounds in seven games.

The history of Canadians at the Jordan Brand Classic dates back to it’s inaugural game. Toronto’s Denham Brown became the first Canadian to participate in 2002. Brown scored 12 points on 5-of-6 shooting to help team white beat team red 167-121.

Since then, a number of high profile Canadian basketball players have followed in Brown’s footsteps, including Tristan Thompson and Cory Joseph in 2010. A record three Canadians participated in the game in 2011 when Myck Kabongo, Kyle Wiltjer and Khem Birch were selected.

Multiple Canadians have participated and taken home the MVP award of the Jordan Brand Classic International game starting with Duane Notice in 2010, followed by Andrew Wiggins, in 2011. Both Jamal Murray (2013) and Jahvon Blair (2014) made it back years and Addison Patterson (2017). Notice scored 23 points and eight rebounds while Murray scored 24 points, five rebounds.

Overall a total of twenty-nine (29) Canadians have been selected to the Jordan Brand Classic, International and regional games’ over the course of its 20 years of existence.

Tristan Thompson and Andrew Wiggins hold the record for most points scored at the Jordan Brand Classic with 19 points respectively. No Canadian player has ever been named Most Valuable Player (MVP) of the main, national game.

Unfortunately, due to the ongoing global pandemic, the 2021 game will not be played. This marks the second straight year that the game has been postponed.