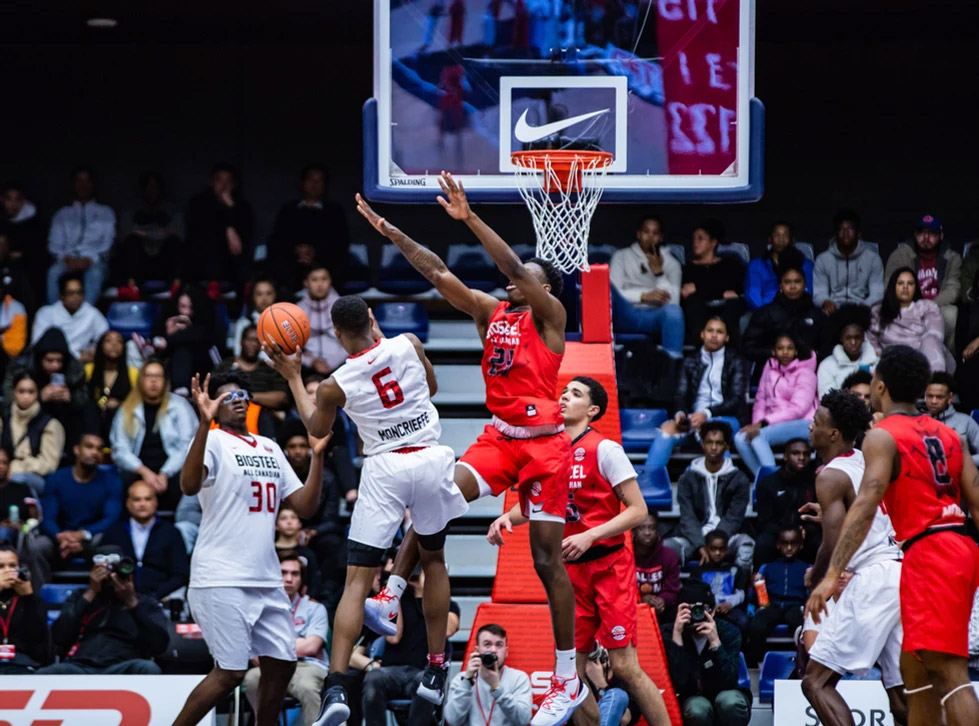 The Canadian high school basketball landscape has rapidly evolved to supplement the rapid growth and demand for the sport across the country. The transition from a once dominate high school calendar season has been replaced with a bevy of overpriced prep teams, leagues and camps — promising elite competition, exposure and scholarships.

Tracking and subsequently accurately ranking the top Canadian high school basketball prospects has always been a challenge. Furthermore, celebrating the young athletes’ accomplishments on a national level has long been an underappreciated occasion.

Regional and local all-stars game aside, Canada has always lacked a national platform to shine the light on the rising crème de la crème of basketball talent that has been flourishing and making its mark since the early 1980s.

It is commonly agreed, that we are currently in the twilight of Canadian basketball. Self-dubbed, “Canada’s golden basketball generation” — the nation has reached a point of no return, one which we envisioned when we penned the Nash Effect back in 2006 and further elevated by the Toronto Raptors’ winning the 2018-2019 NBA Championship.

The Butterfly effect, is one of the many examples that illustrates the importance of establishing initial conditions which result in multipliers in later stages. The idea that small causes may have large differences is exactly the vision of individuals like Wayne Dawkins who gave Canada a first taste of a national high-school all-star game.

The All-Canada Classic, a.k.a. the Rumble in the T-dot still holds the title of Canada’s longest national all-star game — bringing together burgeoning Canadian basketball players from 2001-2012.

Further, attempts to establish a national high school all-star basketball identity were elevated by the introduction of the All-Canadian High School Basketball game in 2004.

Similar in concept to the Rumble in the T.Dot, the new game garnered corporate sponsorship, as Adidas took a leap of faith on the rising Canadian talent to become the title sponsor of the game. Former television broadcaster, The Score and its young audience, scooped up the game and beam it to television sets across Canada.

Quickly approaching its sixth edition, the BioSteel All-Canadian Game has now firmly established itself as the must be selected spring showcase for aspiring Canadian high school basketball players. With a strong list of corporate sponsors and commitment from sports broadcaster TSN, the game is undoubtedly a domino effect and chain reaction of its predecessors.

Furthermore, it is well on its way of establishing the common vision of celebrating and empowering our upcoming young national athletes and help to create an identity similar to top attractions like the McDonald’s All-American Game, The Nike Hoop Summit and the Jordan Brand Game.

The top 24 best Canadian high school basketball players — according to the BioSteel All-Canadian game committee, were revealed during half-time of the Toronto Raptors game against the Phoenix Suns.

Like the previous years’ the game promises to be as bright as the careers of some of the alumni that have previously played in the game. Other big names to make the list include Olivier-Maxence Prosper (Montreal, Que.), Jefferson Koulibaly and Zach Edey, an improving 7-foot-3 Purdue Boilermaker freshman to be, as well as rising stud 6-foot-10, 240-pound stud Enoch Boakye.

Making its official debut in 2019 the girls All-Canadian game is once again set to blaze a trail with exciting young talent that will continue to a set a path of excellence for generations to come. Connecticut Huskies commit Aaliyah Edwards, Merissah Russell will look to close out their high school careers with a bang while up and comers like Shayeann Day-Wilson, Kiandra Browne (MVP of Canada Basketball Championships) and Latasha Lattimore will look to steal the show and make their own mark.