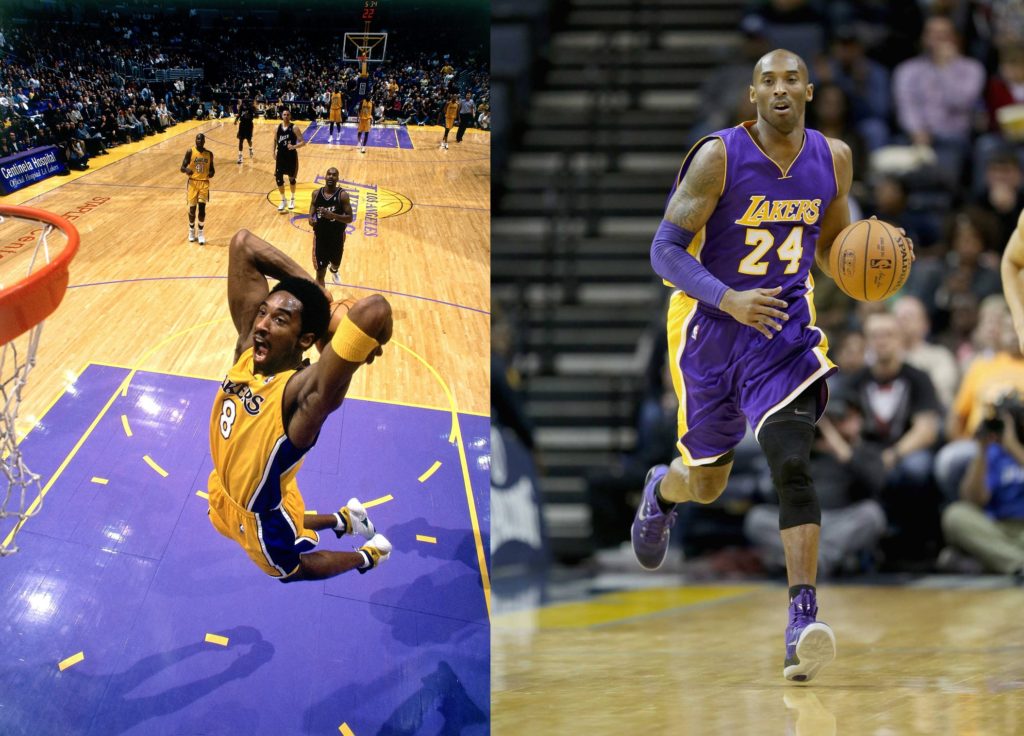 On this day in history, the city of Los Angeles made this date ‘Kobe Bryant Day’.

Now from the numbers 8 to 24 you may have been debating between which of the legends purple and gold jerseys the Los Angeles Lakers will be raising to the rafters in retirement recently, but today the L.A. City Council has come up with a novel way to honour both.

It’s been a great week in the post-NBA life of Kobe ‘Bean’ Bryant. Posting a retirement beard in the form of a fashionable facial scarf, the Black Mamba suited up and hit Wall Street with Jeff Stibel as the pair invested a cool $100 million in a venture capital fund that will look to invest in media, data and tech companies now the bell has rung to start the week. And that was just Monday. Hash-tag that for your motivation.

Bryant even celebrated his 38th birthday yesterday and you only had to scroll through Instagram to see how everyone was paying tribue to the sneakers up NBA great. Nike even gifted their flagship athlete not in Jordan’s Air with a new pair of kicks to join his signature set that keeps pumping out great compostions, from Beethoven to the “what if” Charlotte colourways in purple and teal, bound to sting many a Hornet fan who didn’t even get Vlade Divac for long. Inspired by Kobe’s European flair and love of soccer and almost with a post-Olympic Rio feel, the mesmerizing ‘Mambacurial’s’ are steeped in Barca inspired colours. You just know former teammate and basketball brother Pau Gasol will be stepping out of Spain in them.

And now the City Council of the City of Angels have christened this day Kobe’s. On the date of the 24th of the 8th. Paying tribute to the two numbers Kobe Bryant played in during his L.A. times.

Most people-even superstar athletes-will be spending this week wishing the Olympics were still on. Kobe on the other hand has invested 100 mill, got another new signature sneaker in his closet, celebrated his birthday and had a day in L.A. named after him. All before hump day. Oh and did we mention that Vanessa Bryant is pregnant too with the couples third child? Forget the keys to the city. Just give the purple king all the gold in California.

From Wall Street to City Hall, what a 24/7 whirlwind week it’s been for number 8 and 24. Who know what else will happen by Friday.

Cue the Cube track, because you know like the Lakers beating the Supersonics it’s going to be a good one.