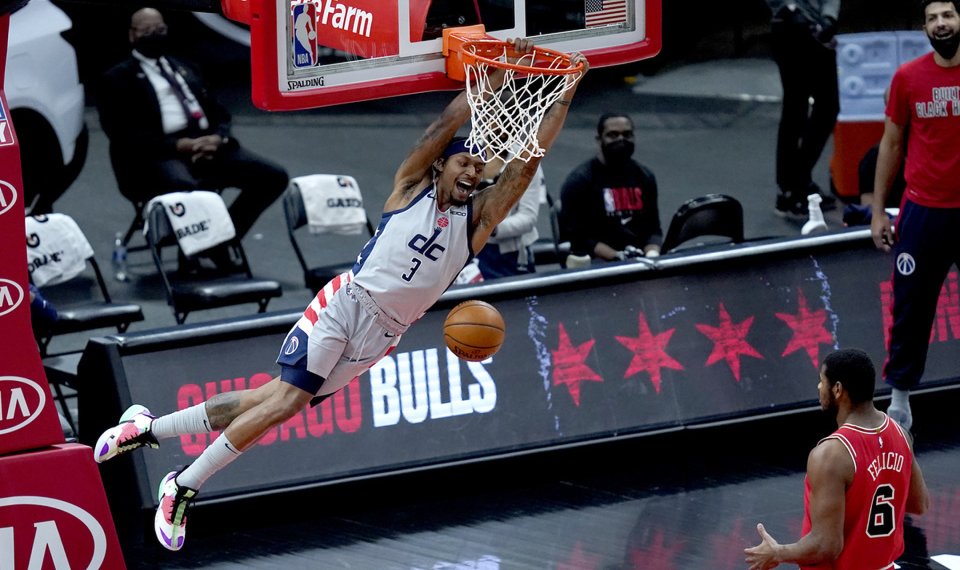 That was Washington Wizards superstar Bradley Beal’s reaction to a reporters’ post-game question last week as to whether he was frustrated with his franchises performance this season.

No…well right now this Winter the sky is for sure a shade of grey in DC. Even with the new day of January 20.

But still it seems like the President, the leader of Washington basketball is biding his time.

The Florida sun of Miami where Butler and co could serve his talents like Jimmy’s famous Bubble drip coffee, 20 dollars a pop. Los Angeles, whether as a Clipper or Laker (I thought last off-season a Kuz and Danny Green deal for Beal would have given LBJ and AD a true big-three). The Mecca of New York. The deals were Beal’s to take, but he has decided to stand pat. Doing the right thing like Spike Lee. A true teammate.

Now the only thing more genuine is Real Deal Beal’s Twitter handle. THIS is real character.

The NBA’s leading scorer (34.9 points per WOW) who has recently been encased in more courtside ice than Mr. Freeze won’t ice out his team in this cold world. He even put 35 on the same Windy City team he was linked with tonight for a 105-101 against the Chicago Bulls in the capital city. These are modest numbers for Bradley too who even overtook the GOAT last week. Beating Michael Jordan’s sweet 16 streak of most 25 point games to start a season since 1976.

If you think this real deal isn’t giving his whole heart to the District Of Colombia you might want to check your pulse.

Bradley Beal’s finger is on it like his palm on the rock.

If Beal doesn’t have your All- Star vote you might want to check your ballot.

Must Read:
Welcome To 'Kobeland' Where Both Numbers 8 & 24 Have A Home

This guys not punching his ticket yet.

The Wizards gave this magic player the wand and the keys to the franchise after John Wall crumbled to injury like Trump’s plan for that foundation in Washington. The House of Guards reshuffled as a now thriving Wall was shipped to Houston for a DeMarcus Cousins, Kentucky University reunion.

This led Russell Westbrook to say “why not” to a new back-court connection. Although after a few games he was ready to leave town quicker than his twice teammate James Harden. All that hopefully has changed after the pair became the first teammates to score 37 plus points in a single game since 1974 when the Baltimore Bullets took a train to DC. Beal had 37 and Russ had 41.

Add Japanese sophomore Rui Hachimura with Shinkansen fast potential to a developing big-three of the future and these Wizards could cast a spell on the NBA.

Until then this team is hanging on to its franchise face like Bradley the ball when he and Miami’s Butler battled for it last week, laughing down court.

No matter how hard Jimmy tries to prise him away.