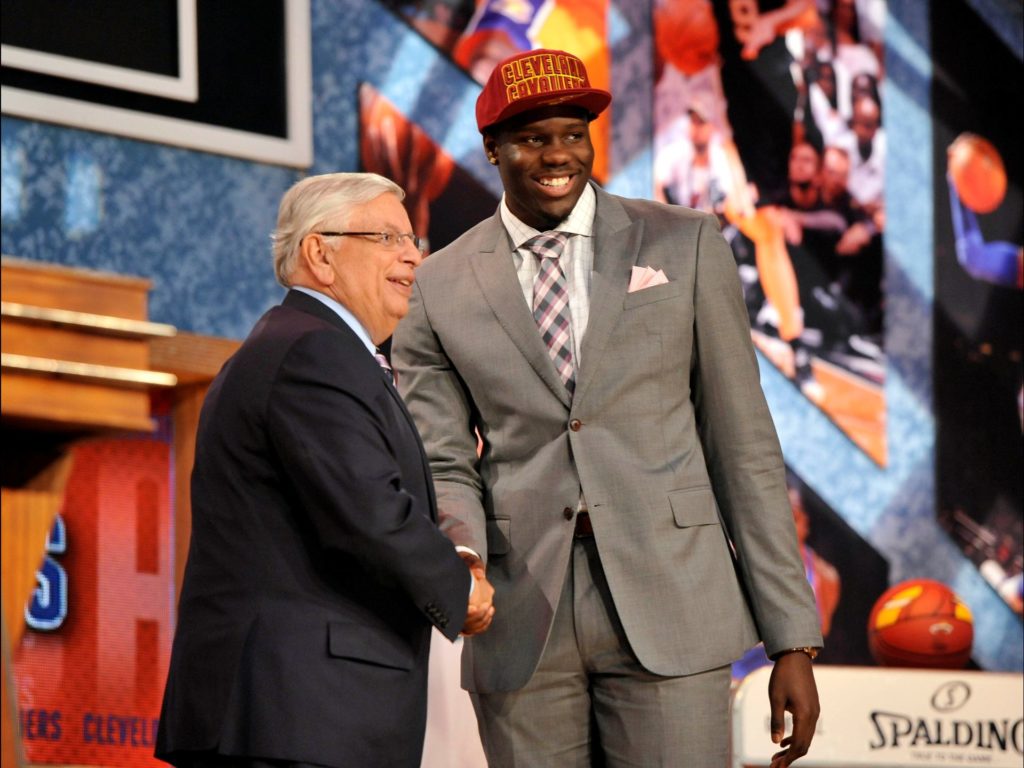 Brooklyn, NY – (BasketballBuzz) – History has been made!

“With the 1st pick in the 2013 NBA draft the Cleveland Cavaliers select Anthony Bennett.”

With those words by NBA commissioner David Stern forever married Canadian Basketball, The NBA and the rest of Canada extremely proud.

Anthony Bennett, born in Toronto and raised in Brampton, Ont. becomes the first ever Canadian Basketball player to be selected with the No. 1 overall pick in the NBA Draft.

Bennett was projected to go anywhere in the top five in the 2013 NBA Draft but moved up to the number spot after the Cavaliers bypassed on Kentucky’s shot blocking Center Nerlens Noel, who many had inked as the top pick.

“I’m just as surprised as everybody else,” Bennett said moments after he strode across the stage in his scarlet and grey suit — UNLV colours. “I didn’t really have any idea who’s going No. 1 or who was going No. 2. I heard everything was up for grabs. But I’m just really happy, glad that I have this opportunity, and I’ve just got to thank God for everything.”

What makes this historic moment even more remarkable probably and most likely worked in Bennett’s favor was the fact that he missed all of his NBA Pre-Draft workouts due to a shoulder injury that required minor surgery after his lone NCAA season.

In his freshmen season campaign with UNLV Running Rebels, Bennett a 6’7 power forward averaged 16.8 points, eight rebounds and 1.2 blocks per game his way to earning Mountain West Freshman of the Year including being Naismith Player of the Year Finalist.

Bennett joins fellow Canadian and Brampton native Tristan Thompson who previously held the title as Canada’s top NBA selection when the same Cavaliers surprised many and drafted him with the fourth-overall pick in 2011.

Bennett, becomes the second UNLV Rebels player to be drafted No. 1 overall. Larry Johnson was also drafted with the 1st overall selection in 1991.