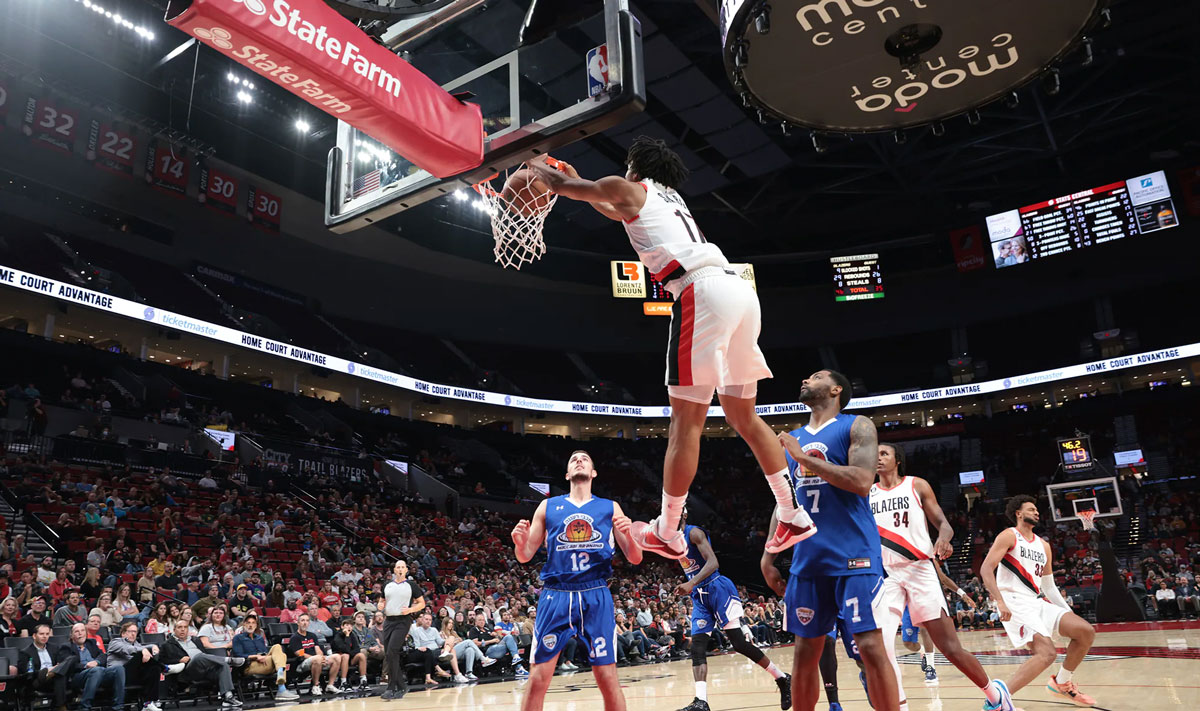 The 2023 NBA All-Star Weekend is shaping up to be a busy weekend for Canadians in the NBA, specifically for Shaedon Sharpe.

Despite the possibility of Shai Gilgeous-Alexander making his NBA all-star debut in a starting role and the potential of a record amount of Canadians playing in the NBA Rising Stars game. It will be all eyes on Sharpe in the main event of the NBA All-Star Saturday.

The Portland Trail Blazers rookie shooting guard has committed and is set to become the first Canadian and the seventh Trail Blazer to participate in the NBA Slam Dunk contest.

Other Portland players to attempt to earn the NBA dunk king moniker include Jerome Kersey (3x), James Robinson, Rudy Fernandez, Damian Lillard and most recently and the only winner Anfernee Simons in 2021.

Through 36 games, Sharpe, a six-foot-six guard from London, Ontario, has smashed home a total of 29 dunks and currently sits in second place in the race for top Canadian NBA dunker.

Sharpe is also expected to play in the 2023 NBA Rising Stars game. A battle between rookies, sophomores and G League Ignite players. Indiana Pacers rookies Bennedict Mathurin and Ryan Nembhard are also in line to be selected.

Furthermore, with four spots available for NBA G League Ignite players, there is a strong possibility of Leonard Miller joining the festivities in Salt Lake City.

Playing alongside projected top pick Scott Henderson, Miller is having a banner season and should be in consideration for an NBA rising stars nod.

An explosive leaper, with more hang time than a parachute and boasting a 49″ inch vertical, the 19-year-old Sharpe has a legit shot at becoming one of the youngest and just the 14th rookie to win the dunk contest.

Tune in on Saturday, February 18th and watch Canadian flight #17 take off from London International Airport to the top of the backboards at Vivint Arena.