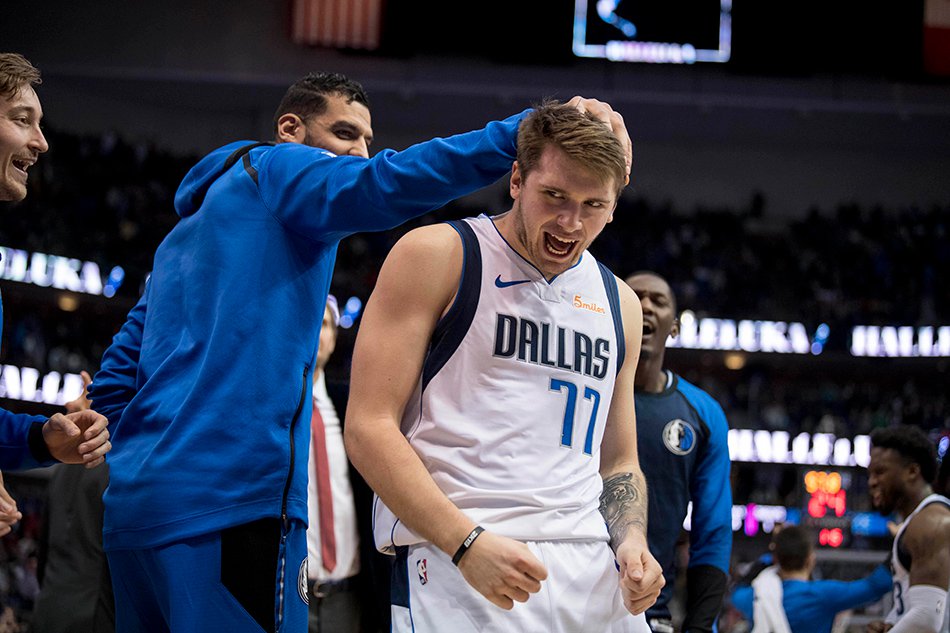 Halleluka! Luka Doncic’s 11 Points In The 11th Hour Turns The Texas Rodeo Around

“Well I hear there was a wonderboy. That many teams would not employ”.

This kid is no rookie.

But he’s for sure the Rookie of the Year right now, no doubt.

Late last night catching a stream of the Texas Rodeo derby out in Dallas, it looked like Houston and reigning MVP James Harden’s 33 were going to cut a win against the hometown team in the American Airlines Arena. That was until a true Maverick rocked the Rockets for an instant vintage performance of NBA History worthy of Most Valuable Players, let alone ROY’s.

“Colder than a tall glass of Kombucha”. Word to The Ringer’s Issac Lee and Jason Gallagher’s ‘Hallujah’ parody. Everyone was singing that (sort of) and the Slovenian rooks Luka Doncic’s praises (for sure) as he even gave Houston memories of Tracy against San Antonio in another classic clash of Texan titans. As the kid went 11-zip to close out the contest, 107-104 for the homestand Dallas.

With the game on the line and his team on the ropes, Luka stepped up with the knockout. When everything and everyone else was falling apart, he kept it together and then took it all down. He clutched after clutched. Whilst league legends turned into “just one of those games”. As CP3 turned into LeBron at the line for two (Paul did have 23 and 8 though). And Harden turned into Kobe against the Jazz in his rookie year as he airballed a downtown chance to even it all up and keep the Rockets in this game. One mere minutes ago they looked like landing.

But the coolest head belonged to the youngest cat in the building who scratched away at the wall until it all came down. Doncic iced the game on his signature move that is becoming as iconic as James’ Eurostep. As the Eurostar ran the lane, dribbled around like the baby faced assassin he looks, bully bumped his defender, switched hands back downtown and hit a switchblade three that was truly the dagger in the heart of their fellow Statesman in Texas.

This is what the NBA is all about. And this is what legacy making legends like Luka could be too. Number 77 have them a seal from heaven with 21 as the basketball God’s looked on. And this teenager isn’t even 21 yet. He can’t legally drink, but he’s carding everyone under the table right now.

And with the greatest European player of all-time not named Drazen, Dirk injured. All rounds are on him.

Maybe he should have been your pick, because now he’ll never fall and be a Knick now.

Leonard Cohen would be proud.