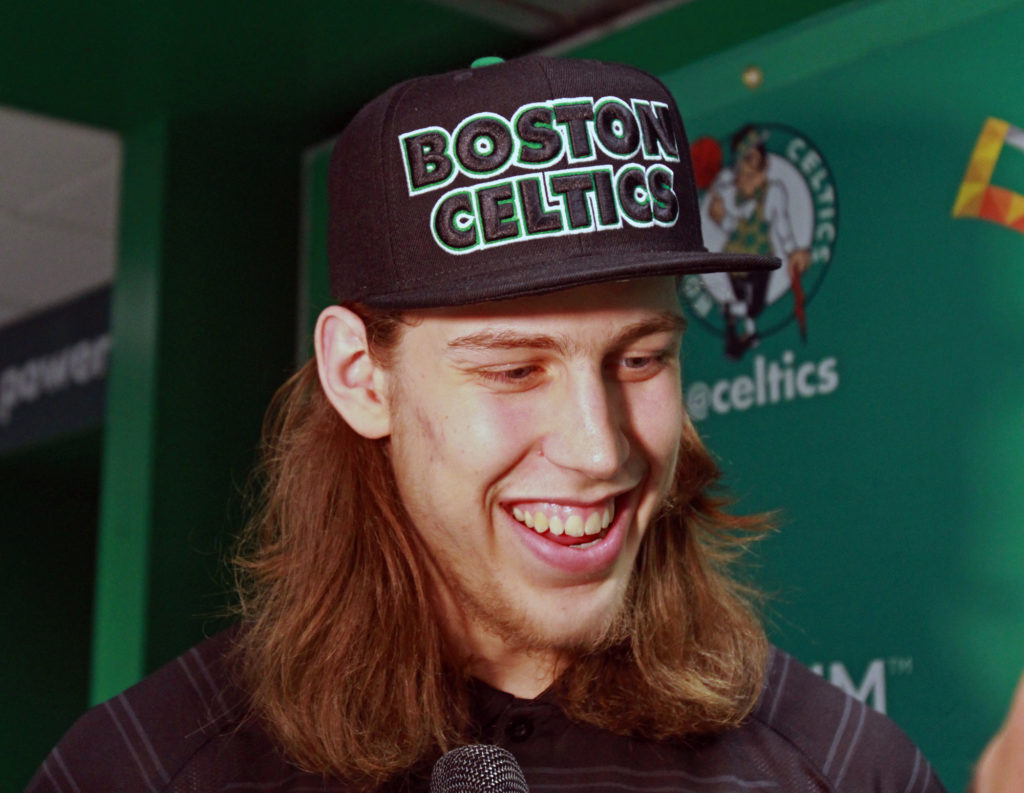 Brooklyn, NY – (BasketballBuzz) – On a night where a Brampton’s Anthony Bennett become the first Canadian basketball player to be selected first overall, it was Kamloops, B.C native Kelly Olynyk who kept the historic night going.

The Dallas Mavericks selected Olynyk with the 13th Overall pick, making it the first time ever that two Canadian basketball players have been chosen in the NBA Lottery. (Picks 1-14).

Olynyks’ Mavericks experience didn’t last long as he was quickly shipped to the Boston Celtics to be a part of a new era in Beantown, USA.

Canada’s NBA invasion continues to make history and last night’s accomplishments are a testament to just how good Gonzaga’s Kelly Olynyk really is or just how great of a season he had with the Bulldogs, after red-shirting to focus on his game.

Last year (2012) the historic moment belonged to Andrew Nicholson, Kris Joseph and Robert Sacre who made history to becoming the first Canadian trio to go in a NBA draft.

The previous year (2011) it was Tristan Thompson and Cory Joseph who shared the spotlight for the first duo to go in the first-round.

Olynyk’s 13th pick ranks as the third highest selection by a Canadian basketball player. Fellow British Columbia native Steve Nash and Two-Time MVP went 15th to the in the 1996 draft to the Phoenix Suns.

Must Read:
Lebron James repeats as NBA Most Valuable Player

For Olynyk to rank third amongst this growing list of players is quite the accomplishment, specially after many had written him off.