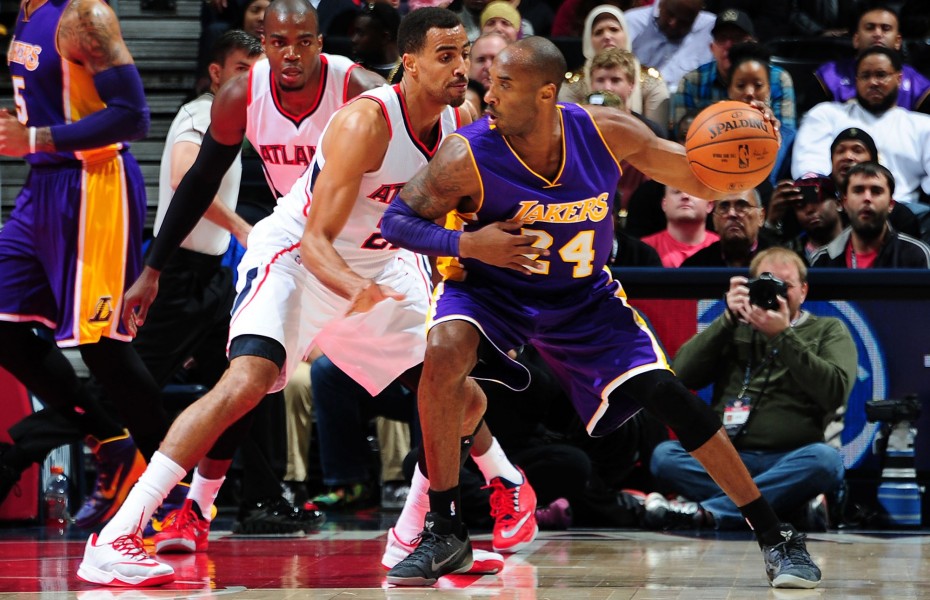 Kobe Bryant Scores 32,000 Points As The Lakers Get Their “Swag” Back

It took 32K and then one big zero for the Lakers to be able to spell West with a ‘W’ again.

After missing the first 10 games of the season like seemingly the rest of his losing Lakers, Swaggy P. Mr. Nick Young returned from a thumb injury to help points his team to a 114-109 win over the Atlanta Hawks in the A.

“Its like my swag just rubbed off on everyone”, Young told reporters post-game with another trademark, entertaining soundbite. L.A.’s agent zero was all hero, going all fancy like his rapping girlfriend with 17 points fresh off his chilling list return. He certainly did rub off on his superstar shouldering teammates as Carlos Boozer, Jordan Hill and Jeremy Lin recorded 20, 18 and 15 respectively on the ATL box-score.

But of course it was number 24 who lead everyone in digits this night in more ways than one. The man who recently passed Boston Celtics legend John Havlicek for all the wrong reasons (most missed shots), scored 28 points and 32,000 all at the same time. As the 36 year old almost hit 30 in points he passed 32K and number five, Wilt Chamberlain, (the fellow Laker legend and Mr. 100 his 81 tried to eclipse) as he made it to fourth on the all-time NBA leading scorers list. A chart that’s led by fellow Laker legacy makers Kareem Abdul-Jabbar and former teammate Karl Malone. Now all he needs to deliver is another 291 points to cap off third place holder Michael Jordan. A man who will always be the greatest player of all time and a man Kobe wants to emulate and even emasculate in many ways.

Hows 32,291 ways? As Nick Young also joked that his streaky, sweet shot may have its own place on the all-time scoring charts one day, at least for now the Lakers are scoring more points than their opposition.

One more win after a record breaking season slump the only way is up for the Lakers.

Must Read:
Will The Garden Be Eden Again For The New York Knicks With Monroe?

And it all came from nothing, zero, zilch!