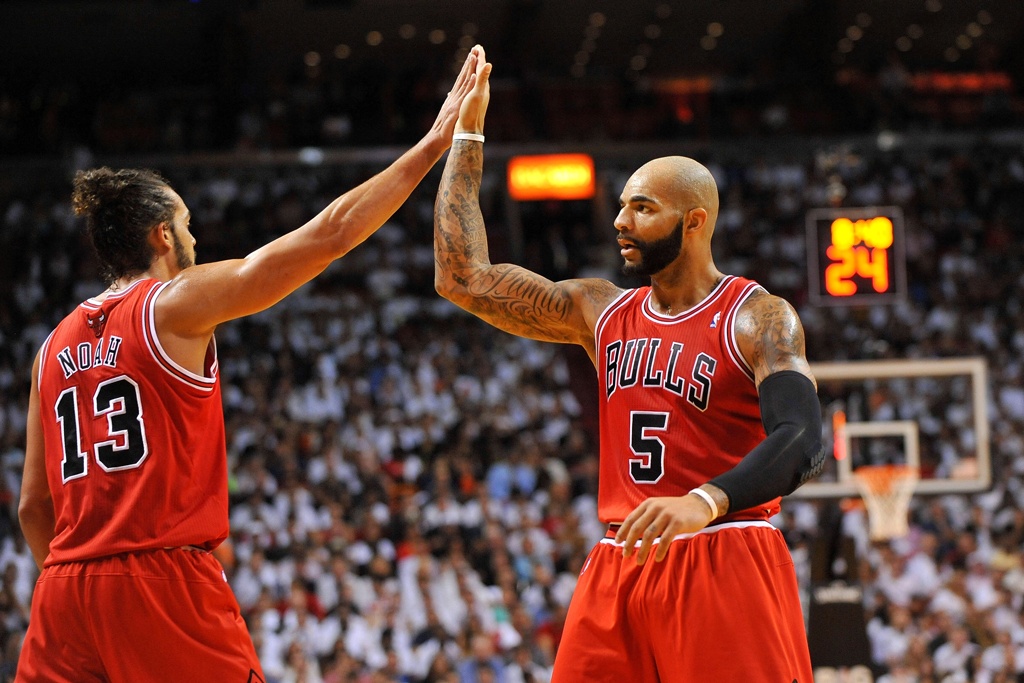 Lakers Fill Up On Booze

Hungover from the loss of Laker legend to legacy be Pau Gasol the Los Angeles Lakers needed to add more sauce to their frontcourt. In claiming Boozer off waivers they have done just that.

After spending the last four years in the Windy City of Pau’s new team the Chicago Bulls in some ways you could technically call this a trade. Now even though this former 20 and 10 threat has faced critical and statistical decline over the past few 82’s this was once the man who was the new Karl Malone to Deron Williams’ John Stockton for a new generation Utah Jazz.

As a matter of fact this may be the purest power forward delivery in the post the Lakers have received since they added the Hall of Fame Mailman in his last round. Now giving a depleted team who misses out on the marquee free agents another nice addition after Ed Davis this move strengthens the Lake show like the trade for Jeremy Lin.

Still Carlos greatest gain for the Lakers could be in becoming an inspirational and key motivational mentor for prize draft choice and frontcourt force Julius Randle. This could be crucial and key in Randle and the Lakers future development as he is taught the tricks of the trade. After a tough couple of years Boozer and the Lakers could dry erase a playbook of redemption together. Now I’d drink to that.