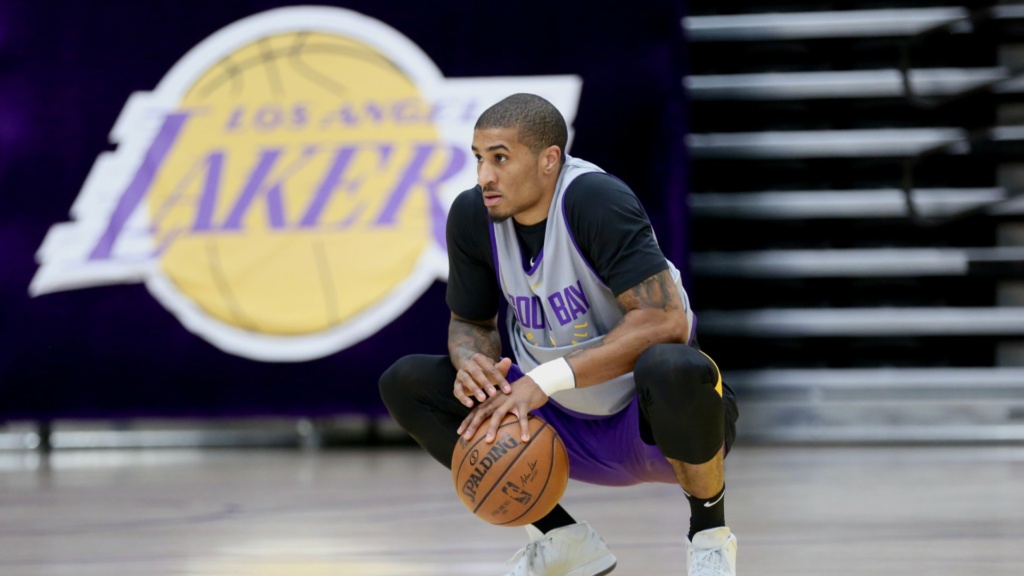 From L.A. to South Bay the storied Lakers franchise has growing family ties rooted in their ever evolving modern history.

And then there’s the Glove story.

All trash talking, stop you from scoring, Seattle Supersonics NBA legend Gary Payton joined the Lakers with fellow golden era 90’s great post mailman, Karl Malone to try to get one more ring at the end of the Shaq and Kobe era. Payton ended up getting one with Shaq in the talented South Beach pool of Miami before the G retired. But now the gloves son and fellow Beaver, Gary Payton II (there’s a Tim Hardaway Jr. trend for NBA legend fathers to name their sons after themselves) is putting on the gold for the future of this franchises youth revolution.

After starting his unbelievably undrafted career with the young Milwaukee Bucks led by the alphabet Giannis Antetokounmpo, it wasn’t all A-B-C. But now he’s looking to put up numbers with the purple Lake Show off alphabet street like 1-2-3. Now number 23 (three more than his dad…but that isn’t the reason that number should p### the retire No. 20 off) is looking at a fresh start with Luke and Lonzo’s (not to mention Lavar’s) Lakers like no other.

The two-way guard has signed a two-way contract with both the Los Angeles Lakers and their NBDL team the South Bay Lakers (now more official than their former Los Angeles D-Fenders affiliate name, even if not in city). So now G.P. II will play for both Coach Walton and Coach Karl. How’s that for some family ties!?

Young Gary Payton the second had some impressive debuts off the bench for L.A. But now Payton mark II is assigned to South Bay like fellow two-way dunking Alex Caruso (he really does have a detective grade surname and a game that does not go with his frame) he’s ready to ball. Messing around in his debut and getting a triple double of 14, 11 and 12.

Payton II could be a big part of the Lakers youth movement too like many of his current teammates going from South Bay to L.A. like Hollywood fans and script-writers can only hope LeBron will decide to this free agent offseason like he did South Beach all those last summers ago. Just like another rookie with a familiar surname in Thomas Bryant (no…Kobe isn’t THAT old) and of course Zupac.

Lead by the Ball family, the even better rookie and in no way number two Kyle Kuzma (who even goes one better in the Twitter troll back and forth with Ball brother LiMelo. “Fire your stylist”?! Oh yeah? “Fire your dentist”! Damn…can we smell a Shaq and Kobe beef cooking?!), three times a great rookie selection in the defensive Hart, big Brandon Ingram, of course Nance junior and the original future Julius Randle and his late round draft genius Jordan Clarkson (who’s not only balling like he’s the Sixth Man of the Year but like he should start too) this young Showtime, purp Laker legacy are making their own, unique legend in Mamba moment black.

This season it looked like the chance for an outside eight seed was thinner than the backlight on a retro Casio, but now the future is brighter than the South Bay sun from downtown L.A.

And with the Payton patent making Lakers history by becoming the first father and son duo to suit up for the franchise, it might just take a glove to hold this young core together.