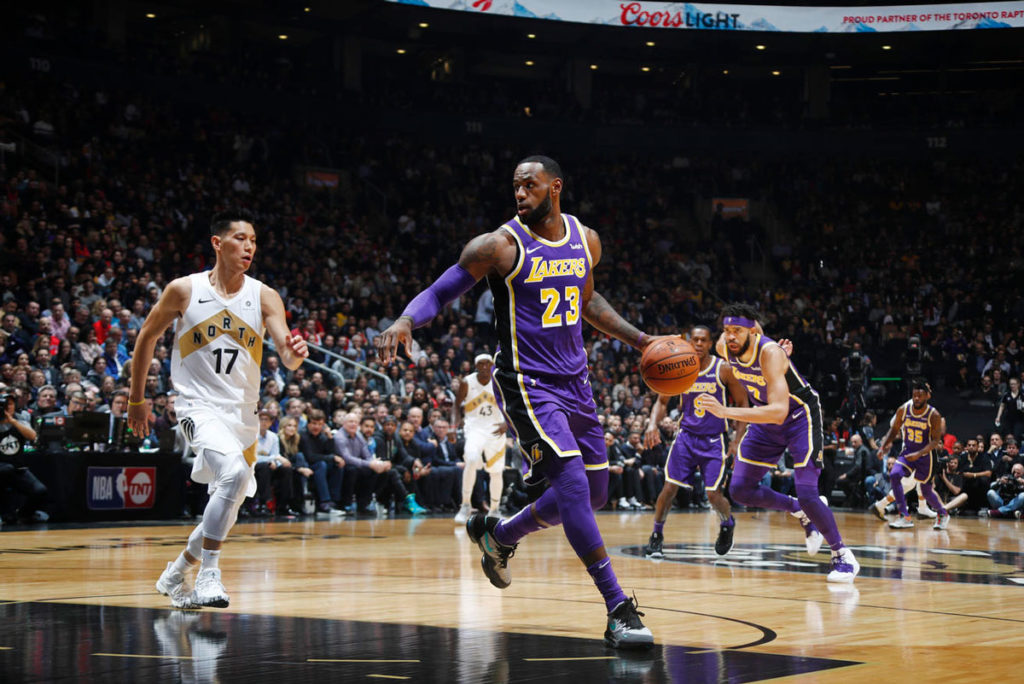 How’s this for a Vice City story tonight? King James returns to the place he once took his talents, as they go back to neon black like Hollywood Nights for their own City Edition. And the Nike, homecoming King in witness torches them all.

Lighting up Florida like the orange of the sun, or South Beach’s pink and blue nightlife after dark. Bringing the California sun to the Miami one, LeBron at a Kareem jersey number age is still worthy like Big Game James. Number 23 hit 51 in a 113-97 Lakers drowning of the Heat. At his age only the second player at this stage of his career to hit a note as high as this since number 24 himself, Kobe Bryant in his great 60 point farewell basketball, retirement game.

Back then former “win a ring for the King” Cavalier teammate Shaquille O’Neal dared the most deadly of all his dynamic duos (from Penny to Wade in the Sunshine State) that he couldn’t hit 50. And wouldn’t you know it the kid Kobe went for 10 more than all of that. And just like that. Or J.J. Reddick daring new Sixer teammate Jimmy Butler to win the game at stake from downtown against the Charlotte Hornets and Kemba Walker’s 60 piece…which of course he did. Laker Lance Stephenson blew hot air in LeBron’s ear again. Betting the King he couldn’t hit 50 off a three…which of course he did. And one. Cough up Lance. Number 6 he’s pointing at you. He’s got your number like he literally used to.

And with the majority of James’ half century coming from way down, downtown or flame soaring, Statue Of Liberty breakaway dunks. Which have us racing for Port Authority the next time he plays in the Worlds Most Famous Arena of Madison Square Garden. How this man is still powering his prime is beyond our comprehension. We get it now…he really is just not human…at all. “He’s the best player in the world”, future Hollywood star and leading man of the Los Angeles Lake Show, number 2 Lonzo Ball said. “He could average 40 a night if he wanted to”, zero to hero, real rookie of the Lakers year and sophomore star of tomorrow, Kyle Kuzma added. And at 33 the former Cavalier hometown hero of Cleveland, Ohio joins Kareem, Kobe and them as a Laker legend in his own father time and right to defy any odds levied his way, via Vegas or behind the desk pundit peers who already retired from their own careers years ago. Peers?! Really?!

When LBJ took his talents to South Beach he formed one of the original, Voltron big-three with Chris Bosh and Dwyane Wade who is on his own retirement tour, doing the rounds as we speak. But last night in the American Airlines Arena the headlines just read, “King” as James hit 50 like a 20 year old who wasn’t less than that many years away from middle-age himself. The Heat may have been in the best City Edition uniforms (It was something special when Martin Lawrence rocked the legendary, black number 33, Alonzo Mourning jersey in ‘Bad Boys 2’. Someone give him the ‘Vice Nights’ Dwyane Wade number 3 for ‘Bad Boys III’ too. When there’s a Will Smith, there’s a way) in the L (sorry Minnesota’s Prince’s, Brooklyn’s Biggie’s, those classic Nuggets technicolor throwbacks…and yeah…those, erm “Magic” Lake Show ones (throw up the Jim Carrey ‘Dumb and Dumber’ hurling gif. Just joking, they’re growing)), but it was LeBron who truly suited up with avengance last night like a Marvel. A true Iron Man with Hulk strength and a hammer of Thor dunk. A new Captain America for the Black Panther generation.

Farewell once again Miami. Your welcome.