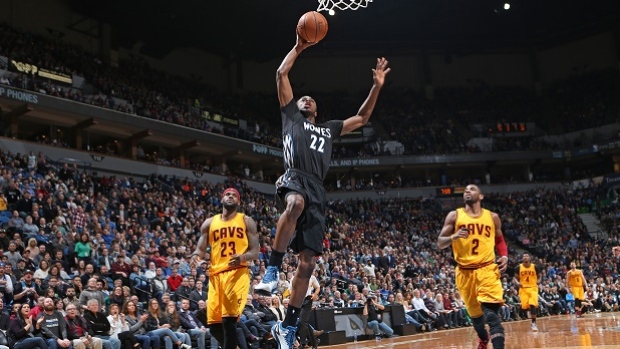 Canadian Rookie Andrew Wiggins joined elite Minnesota Timberwolves company by setting a career-high 33-points against LeBron James and the Cleveland Cavaliers. Wiggins 33-point effort against the team that drafted him tied a Twolves franchise record for most points scored by a rookie.

Wiggins made 14-of-25 shots including three of four three-pointers to tie Stephon Marbury and Kevin Garnett as the only other Minnesota Twolves rookies to score 33 points in game.

“He showed tonight he had the potential to be a superstar in this league,” Wolves coach Flip Saunders said. “He rises to the moment.”