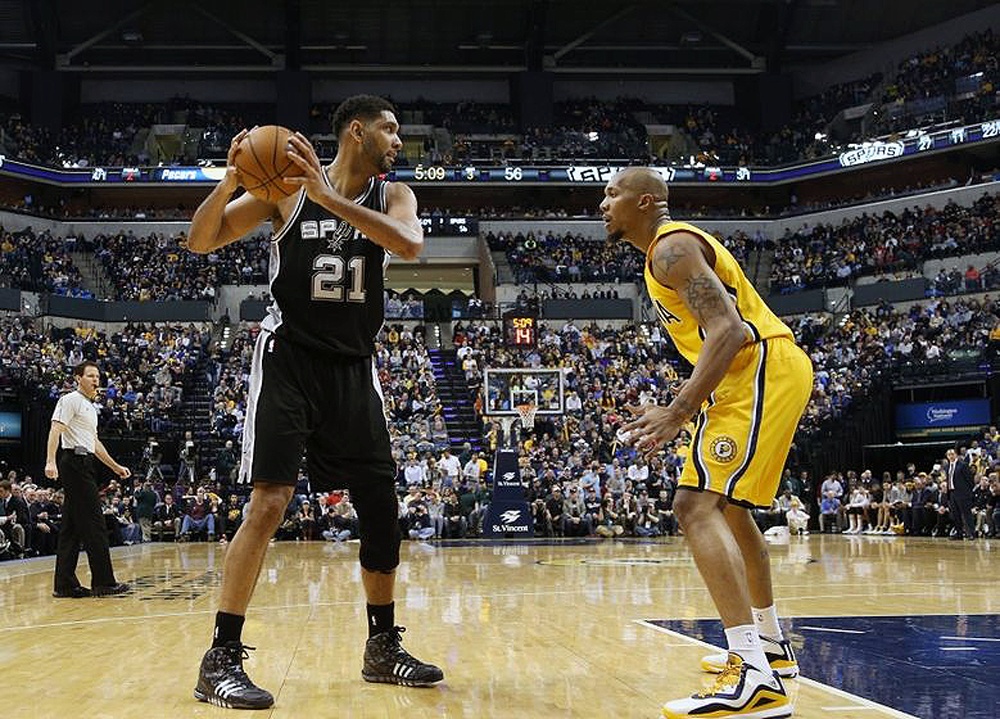 Sleeping? Nah…we let them lie! The old dogs are about to have their day again as it looks like the San Antonio Spurs are finally learning some new tricks.

The season before lasts NBA World Champion may have had an early exit in the playoffs this season, clipped by Los Angeles, but they’ve made an even earlier start to the second season of NBA free-agency.

Their legendary and storied big-three of Tim Duncan, Tony Parker and Manu Ginobili are all returning next year now their Argentinian Sixth Man has followed big Dunc and re-upped, but some new faces of the franchise are here for the next chapter of a club who one day want to join the ranks and record books of historical teams like the Los Angeles Lakers and Boston Celtics, definitely being the franchise of the new millennium.

Canadian Cory Joseph may have taken an Air Canada flight up to the Toronto Raptors, but these Texan dinosaurs still have some bite in this leagues clash of the titans. There’s a lot more joining role players like Splitter, Diaw, Green, Mills and of course another re-signed superstar in the form of former Finals MVP and reigning Defensive Player Of The Year Kawhi Leonard, the future boot wearer of the Spurs.

You see San Antonio didn’t just spend the first fortnight of this Summers free agency retaining their major assets…they invested in some new ones too. Joining San Antonio’s formidable frontcourt, led by the greatest Power Forward of all-time, number 21 Tim Duncan is his mirror reflection, number 12 LaMarcus Aldridge. A no nonsense, all ball, basketball business prototype player of Duncan’s robotic type. He may as well be the androids clone. Now forming the new twin towers with Duncan, Timmy can help lead LaMarcus to a victory legacy, before handing the post postseason power of his team to Aldridge when he retires. Just like when Duncan’s mentor and partner David Robinson did the same as the Admiral helped the 1997 rookie set sail before leaving port. With L.A. the Lakers are probably feeling swept again with the former Portland Trail Blazer who snubbed them.

Still this wasn’t the only big man the new/old West winning machine picked up in an open market that featured more painted players than the crop of this years draft. The West’s new best again have just picked up David West to help bolster their roster to contend with this years all-round champion, the Golden State Warriors. Perhaps the Dubs shouldn’t have traded their sparsely used All-Star forward David Lee…although the Gerald Wallace they picked up for him in return from the Boston Celtics really does keep their small-ball revolution winning. Signing the veterans minimum, West took an 11 million pay cut to contract up and win now with the Spurs. Giving his 10 and 5 bettering numbers of around 11 points and 6 rebounds a game to back-up the 20 and 10’s. Once with Roy Hibbert (now at Lakers), Lance Stephenson (Clippers), Paul George and George Hill, David West formed a force of a first five in Indiana. Now that’s run out of pace he aligns with a team that the numbers of age can’t even stop, 1 through 15.

Must Read:
T.J. Warren Is Bubbling In Florida For The Pacers

With West backing up and spurring on a wild, wild starting San Antonio of Parker running point, Manu and Kawhi the wings and Duncan and Aldridge inside it appears one of the newest, yet oldest, most storied franchises of modern times is only getting fine wined as it becomes more seasoned

Chef Curry may think he has the small-ball, hot shooting recipe, but when it comes to all these bigs, compared to the Spurs no one stands taller.