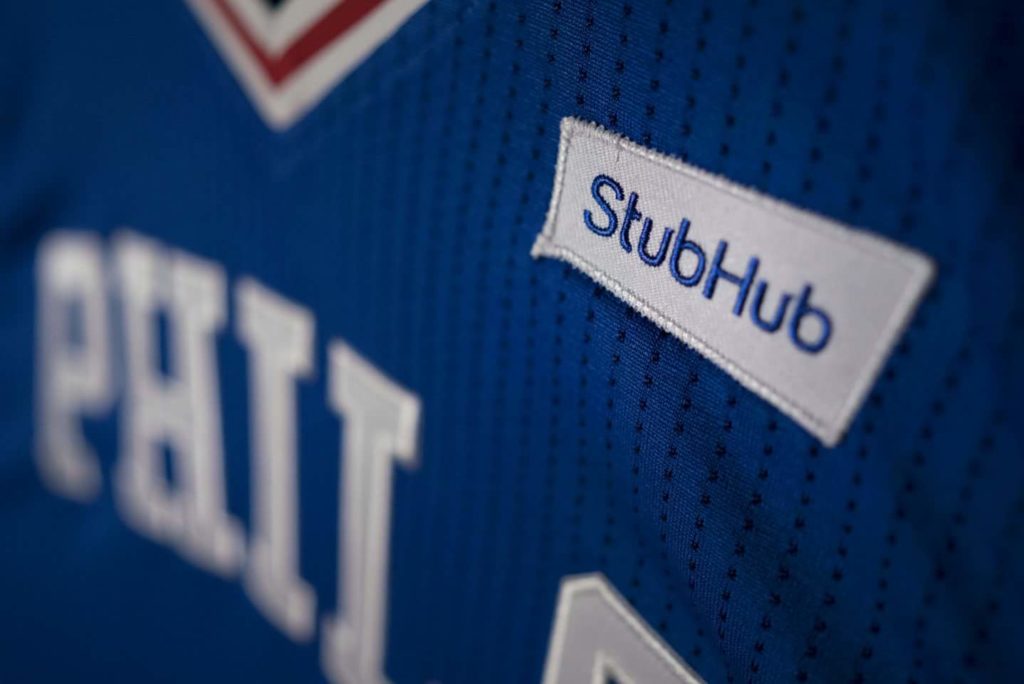 Just like Christmas NBA London comes round but once a year (around two weeks after to be exact) and what a gift it is to fans who live overseas and can’t come any closer to see an actual, real life NBA contest.

The NBA London is an amazing event in just as amazing a capital city. It began in earnest a decade ago with Paul Pierce, Kevin Garnett and Ray Allen’s big-three Boston Celtics and now 10 years later Kyrie Irving’s new Boston Celtics (minus unfortunatly we’re sure Gorden Hayward) are back to take on the process of Joel Embiid’s Philadelphia 76ers. But the process of how you get tickets to this event at Greenwich’s O2 is more of a shambles then the former Milleniuum Dome this arena aspired to be back in 1999.

Now before we get into this column, lets make it clear like on someones Twitter bio that the views expressed here are of the writer alone.

Want a ticket to the only game on the NBA calender outside the United States in the United Kingdom next year? As oppossed to the 82 games over 30 teams in the National Basketball Association overseas? Well then you could always sign up for the online presale two days before the “real” general one. That is if you have a few hours between your working day and the one you took off especially for. But we should warn you when the 02 partners with a company called AXS and not the usual Ticketmaster route the process (without sounding passive aggressive) will be the same whether you’re up with the birds an hour before the online time of sale, or you’re just a few minutes late to the party.

Because here it is fans and folks. A ticket system for NBA London that puts you in a so-called automatic “que” for “fairness” and “security” for willingly over an hour both for the presale you signed up for and the general sale that everyone else did, even when you got there right on time. Only for it to be sold out minutes later whilst they still let you wait all this time and tell you not to refresh or close the page for risk of “losing” the tickets that have already gone without you realising. Only for the tickets they sold out of “fairness” to appear on second seller sites mere minutes later for over three times the price!

Now that my friends like Lavar beating M.J. is an absolute joke!

Being a real fan means nothing to these “official” sites that may as well be the scalpers. This is nothing new as this sort of ticket touting happens for gigs in concert with sporting events in the U.S. and Canada all the time. But when there is only one option for a game for fans every year then the zeroes mount up even more for the hardworking, Dolly Parton 9 to 5 fans bringing home minimum wage or mortgage eating better. This is a serious problem with sports and the die hards who bleed for it that’s no longer entertaining. Sure it’s nothing compared to the corruption running through the college game like gym bags packed with more than sneakers. Or those ignorant people refusing to stand up for those who take a knee or an arm in peaceful protest to the President and the National Anthem that disrespects only the former that does far more in that definition to them. But this is still a big problem. Even if it is seen as a minor one it still does major damage to the wallets, incomes and savings of those fans who just want to get a little closer to the game they love and a little further away from the mundane work and money matters that leaves them cheque to cheque looking for an escape.

As for this fan its all good, I’ve seen my fair share. I just wanted to take my lady to her first NBA game and enjoy it together (not in seperate seats for 150 each AXS). But hey, it’s cheaper to book a trip to Paris for two believe me (if you don’t get it, that’s what we did for last years game instead. As a flight and hotel to the City of Light for two days for two cost less than resold nosebleed tickets for the game where someone I can’t remember played the Nuggets of all teams…Happy Birthday baby). Get romantic and make it happen. It would be more worth your time, effort and enjoyment I’m telling you. And I love this game!

Must Read:
Canada opens up 2019 Pre-FIBA World Cup schedule with 96-87 win over Nigeria

I’m going to take that 400 you’re asking for on Stub Hub for two tickets worth 35 each and take her to see a game in New York…crooks! That’s almost as much. Time to stop ripping off real fans, especially when countless tickets appear on Stub Hub marked all the way up more than twice over minutes after the damn presale when fans are still in that “don’t refresh” online que.

And one more thing for this rant, what about families? It used to be about fans taking their kids to their first NBA game when they can’t go on vacation to see one now it’s businessmen on comp tickets mining Instagram likes.

Scroll past all that but not this Stub Hub is an official partner of wait for it…AXS. The same only, official provider of NBA London. And if you’re lucky enough to go to this capital city game that will take all yours and pick yourself up a number 1 Fultz Sixers jersey, look down at your left lapel as you take your seat and just see whose name is the sponser of that jersey and team you’re about to watch play.