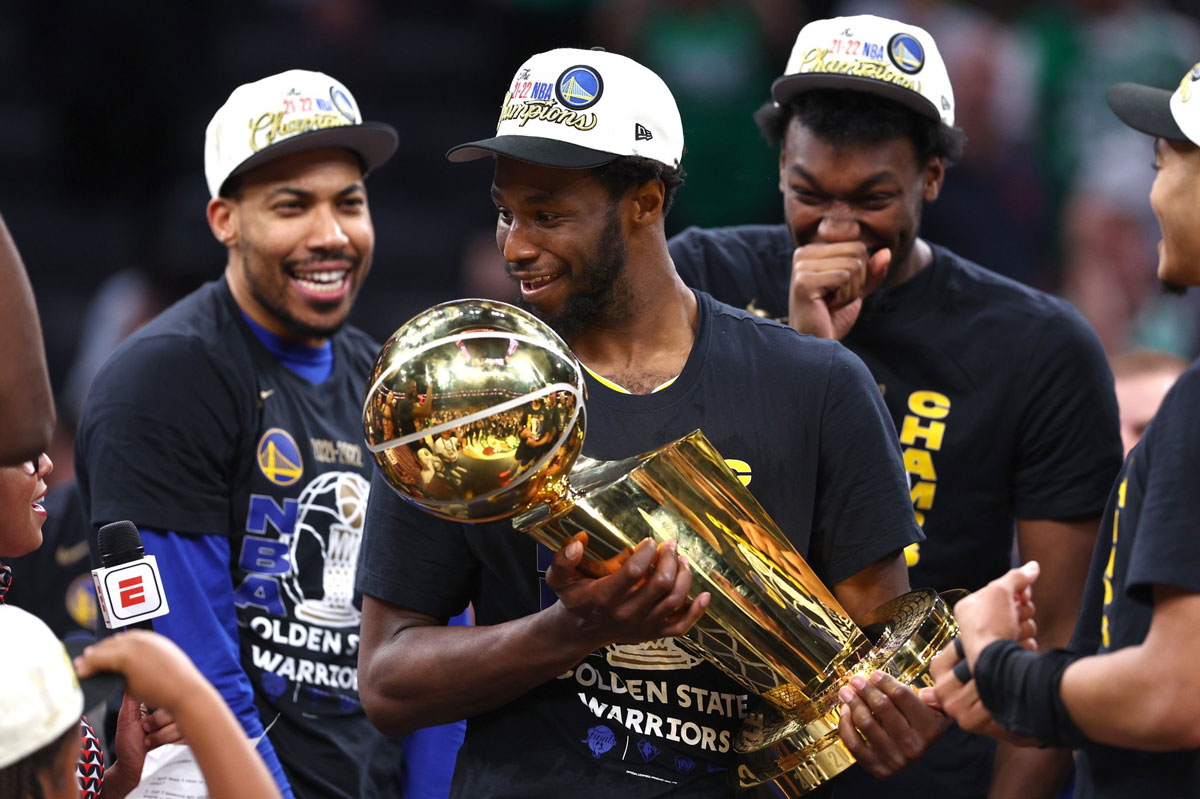 Hop into a time machine like H.G. Wells, as you make your way through these 75 years of NBA history, and you will see that there is no team quite as legendary as the Boston Celtics.

Now take a ride ‘Back To The Future’ like Michael J. Fox’s Marty McFly, and another three quarters of a century from now, you’ll see that the old and grey, big-three of this legendary Golden State are just as storied.

Nobody did it like Steph and them over four quarters this season. And that’s why a year after ‘Bucks in Six’, it’s the Warriors in the same number of games.

The dynasty is back on with the Golden State Warriors’ fourth title in eight years. The only thing that’s changed is which side of the bridge they play on.

Does it remind you of another underrated, but certified franchise?

Well, the tried and tested trio of Stephen Curry, Klay Thompson and Draymond Green now have two more Finals wins over the San Antonio Spurs Hall of Fame big-three of Tim Duncan, Tony Parker and Manu Ginobili, for the most (21) over the last three decades.

But these new Dubs are more than a big-three. Adding more brothers to the splash. Where would the Bay Area be without Canada’s Andrew Wiggins, honestly? No ‘Never Mind’ about it! Or the new Jordan, who turned a post-game Poole party into a champagne one. Let’s not forget the undeniable G-League journey of Gary Payton II too. Or all these young soldiers waiting in the wings to be true Warriors.

Yet, from Draymond defying critics on a classic dime and Klay Thompson showing up as Mr. Game 6. Number 11 dialing it up like the ‘Stranger Things’ character of the same name, or the amazing artwork from Jack Perkins. It was Steph Curry and his 34 that carved its place on Mount Rushmore.

Must Read:
No Love For Carmelo And LeBron

Taking his first game with no three since 2018 personally, he had another historic night in The Garden for this one. Just like most of the hallowed hoops greats do in the Mecca of New York’s Madison Square, a half-day Greyhound away.

Shouldn’t of told this dog his wife can’t cook.

Because he just put the Celtics in the pot.

Just like Jay-Z said on Coldplay’s ‘Lost’, “with the same sword they knight you, they gon’ good-night you with”.

And two hands together, Curry cut all the Garden’s grass with the swish from his sheath. Planting himself in legendary company with this sword in the engraved stone of the record books.

Homecoming All-star, West best and now Finals MVP. Once, twice, three times like no one else in history.

Can your First Take see that through the circle zeroed around your eye, Kendrick Perkins? Curry just responded to your nada gesture (of how many times he’ll win in the next four years) in the presser. And you should squint a bit, because it looks more like a ring.

Carry the you know what, on.

Yet, in this 103-90 road closeout, we have to give the Celtics credit. Jayson Tatum, Jaylen Brown, Marcus Smart and Game 1 MVP Al Horford all fought hard. This is a young team, and a promising one at that. One that beat Durant, Antetokounmpo and Butler all on the way to the one Chef whose recipe you can’t mess with.

Champs just have to be cursed this way, first.

We need to unfollow this social media narrative of dropping off capable champions and all they’ve achieved in little time, the moment they get knocked out the bracket.

Because they’ve got more chance of saying something than those who just live in the reply section.

Still, as much as we wanted one, there will be no Game 7. That’s what going on a 21-zip run in another team’s building guarantees you.

From the legendary days of Wilt Chamberlain and Rick Barry. To these Warriors that have believed since the day’s of Oakland. No team have been all hustle and heart, as champagne has mixed with blood, sweat and tears for all these years.

Now they have one over Jordan, as the Warriors’ seventh seal of a championship puts then third all-time for most ‘chips.

You know the two teams above them.

They just beat one.

Close, but no cigar.

Aside from Steve Kerr’s victory one, that is.

Canadian guard Shai Gilgeous-Alexander has been selected as a reserve to the 2023 Western Conference NBA All-Star Game.