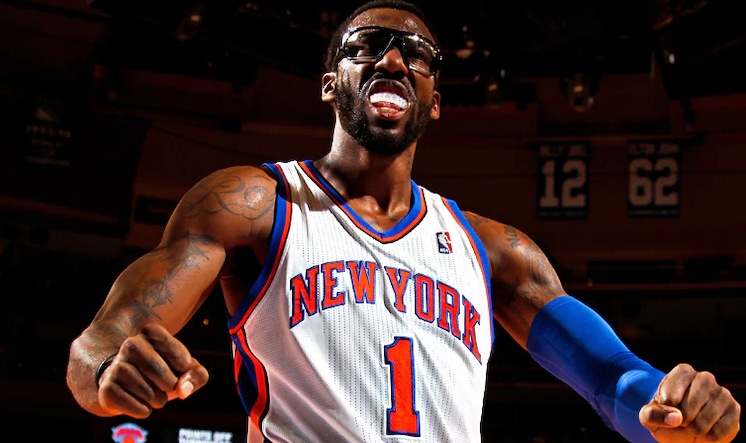 Is Amar’e for real?

Basketball bid farewell to one of the most powerful players to ever puncuate this explosive game last week as STAT stuffer Ama’re Stoudemire called the final buzzer on his all dunking, all blocking and all rebounding, paint Pollack, inside stuff career.

The monster of a mortal was Blake Griffin before Blake Griffin. As a matter of fact he was Amare Stoudemire before he was Amar’e Stoudemire. And that hyphen is about to really come into play now. The former alley-oop, one-two superstar punch of the Phoenix Suns and his and Steve Nash’s original big-three with Matrix, Shawn Marion also highlighted his career with some core time with Carmelo Anthony in New York’s Madison Square Garden for the Big Apple Knicks. But recently in some twilight time with the Dallas Mavericks and the ageing, All-Star Miami Heat team, STAT Stoudemire made more headlines playing in mainstream movies with LeBron James, rather than throwing down dunks like the former South Beach King. Still at the final stop of his journeyman time in the National Basketball Association, Amar’e’s career was anything but a trainwreck…even if some ravaging knee injuries derailed his explosiveness like dynamite on the tracks.

But still even though the Heat star has put his NBA career on chill the man is far from retired, taking his talents and gifts to Jerusalem.

The 33 year old All-Star with plenty more years left in this game to bank off the glass may not be the same player that used to rock rims, but the power man that punished everything from Michael Olawakandi’s to fire extinguishers has finally found peace. Signing the equivalent of a 10 day contract with the Knicks so he could retire from the NBA with N.Y.C. like it was all meant to be. Now heading back to a place he explored half a decade back whilst finding identification with the Jewish faith and correcting the league that failed to spell his name right (adding punctuation to his government in the third act of his career like he did Horace Grant googles to his periphery), Amar’e will play for the team he owns. Making Hapoel Jerusalem his number one like his new jersey.

Must Read:
As Golden State Warriors Parade NBA Championship Trophy Across Oakland Will They Cross The Bay Area Bridge Back To San Francisco?

‘This Isn’t Goodbye’ the STAT star tells us via The Players Tribune, the leading sports site for the players, by the players that has gone from being a journal of sorts to a platform for major announcements. Over the last year it has provided a voice and the first word for Kobe Bryant’s retirement breaking news and Kevin Durant’s decision to sign with the Golden State Warriors. And now Stoudemire tell it like it is; “I may be retiring from the NBA, but I’m not saying goodbye to basketball just yet. My next step is playing for Hapoel Jerusalem, one of the top teams in Europe. This isn’t about collecting a paycheck overseas, though; it’s a spiritual journey, too.” Adding that this holy place of “blessings” and “growth” offers him the chance to be “a better husband and a better father” and also giving him the chance, as he put it “to help me lead my family into righteousness”. We will miss him, but wish him the best of luck for his and his teams new journey.

Or is it destiny?