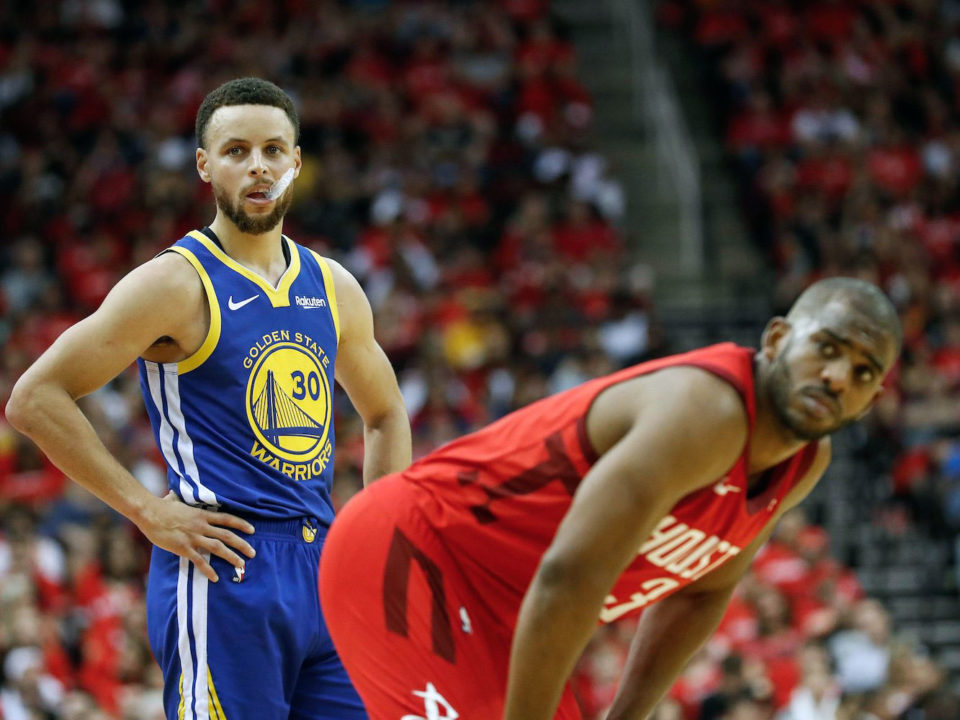 Steph Curry Chris Paul The Crippling Of The Guard

The guard has changed again.

The small ball revolution may not be over…yet. But check out the televised NBA news…it’s finally taken a hit.

Two of the best Point Guards in the league-one traditional, the other unconventional-are out in the most critical point of the season and their careers in this make or break playoff campaign.

Reigning MVP and NBA champion Steph Curry has sprained his knee and will miss at least the next fortnight when he will be reevaluated again. His Golden State Warriors and the remaining big three of Draymond Green and Klay Thompson will have a chance to ground the Houston Rockets completely come Sunday…but will they have a problem without Curry’s clutch hot three ball? Especially with the inside out dynamic duo of Dwight Howard and James Harden out in Texas who are dynamite on a good day or a bad one.

And even if they make it out of this series alive. Will they survive the bracket over the rest of this month? Can they repeat?

A situation more critical is happening out in Lob City. Los Angeles times are looking dry erase and billboard proclaiming sketchy out in Clipper kingdom with no one to throw the alley to DeAndre Jordan or Blake Griffin who is now definitely done for the playoffs…and that really is another thing. That’s because Point God Chris Paul has broken his hand which surely casts more than doubt on the rest of his and his teams campaign. The Clippers time is now…because before long unlike a rolling stone it won’t be on their side.

Right now they are all tied up with a blazing Portland team in this 2 apiece series. But the former after dubs, dubbed favorites seem more on the ropes now than they do an even keel. Especially with Most Improved C.J. McCollum’s inspired play. Besides in the P.G. position whose going to stop the Dame train? Lillard could rap this up tonight for the City of Roses like one of his bars. Keeping the “weird” in this.

But now if the Clippers are clipped and the Warriors defeated…or wounded who out West has the chance to meet or dethrone the King and his Cavs? Yes we’re assuming Cleveland will beast their way out East for this Game of Thrones.

You could call the forthcoming Thunder/Spurs series what it is…or most likely will be. The Western Conference or even NBA final. With the best one two punch in the league dancing their way to the second round it’s time for Kevin Durant and Russell Westbrook to finally be the best since Shaq and Kobe. Or how about the old hand of the Spurs. With Tim Duncan handing it over to former Portland player and prototype replica LaMarcus Aldridge like David Robinson did to the robot rookie as the Admiral finally left port.

It still may just be a big mans game after all.

If you want to look to the future…look up!