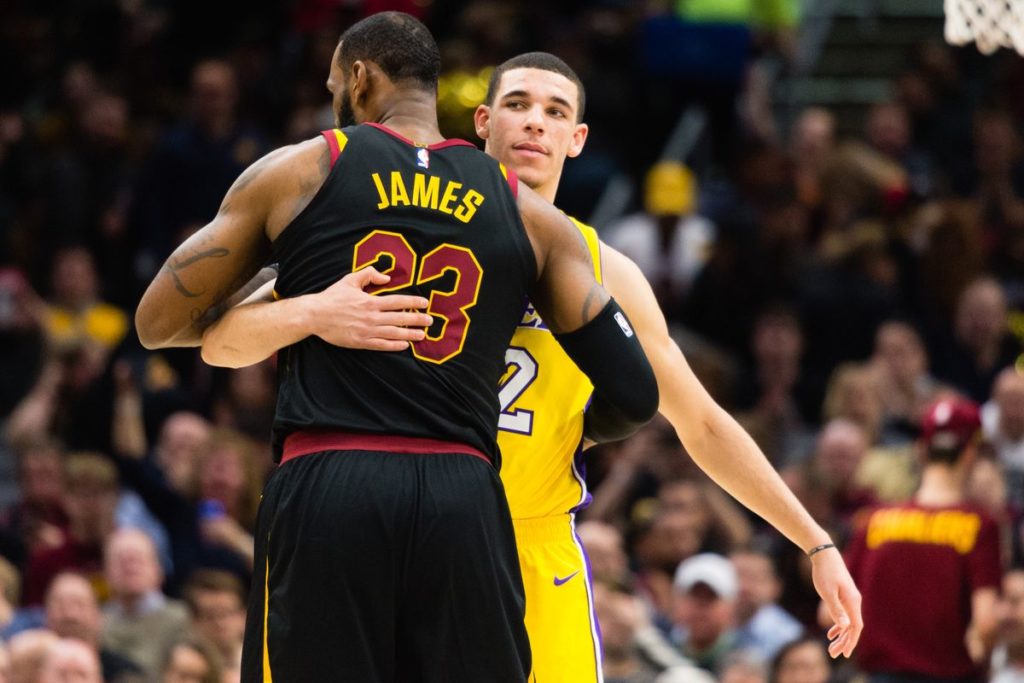 The King Takes His Hollywood Throne

15 years ago my dad ran round New York City to get me LeBron James’ rookie jersey (“make sure he doesn’t get Zydrunas Ilgauskas” I told a N.Y.C. native on the phone in the NBA Store). Now a decade and a half later I’m looking for flights to L.A. this November! Two years ago I shared an epic evening/early morning with a special someone watching him win Game 7 for Cleveland, embracing Love in tears. Now I wake up today and King James is a Laker. What a way to start the week! Hashtag, “Mondays”.

Swapping wine and gold for purple and gold…and maybe champagne, $153.3 mill over four are the finer details as the contract is set to be signed. The rest is history. Following the acquired likes of Wilt, Kareem and Shaq to be the next great Laker legend in a legacy line of the likes of the logo and Kobe. With a game like Elgin meets Magic. President Johnson and Rob (Lowe) have rewrote the NBA narrative like a Hollywood script that would even bring Jack Nicholson back out of retirement courtside. Watching from the hoop heavens even the great Chick Hearn or Jim Murray couldn’t come up with the right words to describe this with justice like everyone composing their internet breaking tweets last night.

There’s a new Big Game James in the city of La La LeBronland stars. And the new Lake Showtime is worthy of a crown. And you best believe the two most storied franchises in NBA history are about to begin the next chapter of their history book rivalry, green and gold. Wilt vs Russell. Magic vs Bird. Kobe vs Kevin. The King v Kyrie. Now how’s that for the next clash of the Boston Celtics and Los Angeles Lakers titans?

There’s just that other team in California right now, crossing the Golden Gate to a whole new Golden State in San Francisco. For a deciding factor like the last time LeBron left the land for some real heat.

But we all know where the real gold lies in this game of thrones uptop ‘Bron’s Caesar. Heads will roll as the City of Angels now has a King. Now it may not be “et tu Paul George” after years of promising waiting. No King James and King George dynamic duo for you great Brits. Nixed like a CP3 injustice. But Kawhi is still on the trading table. And even if he gets taken off how can you front on, or even deal a young core of Ball, Ingram, Kuzma, Hart and pray to the Basketball Gods without restriction Randle lead by one of the last straight out of high schoolers to change the game? An Instagram blocked, Warrior champion Javale McGee has even joined the show (Hey Shaq)?! Along with the and one of Lance Stephenson of all people (hey it worked with Matt Barnes and Kobe), ready to blow in someone elses ear. Cousins may even relate. Or Clint. K.C.P. has re-upped for another go round too. But will Isaiah still ride like J.R.? You know Jordan and Nance Jr. will want back like the ‘Bron bandwagoners.

We can’t wait for the SLAM cover. The three pillars of Hotel Figueroa. The number 23 (L.B.J. even called mid 90’s, post Magic/pre Kobe star Cedric Ceballos for his jersey blessing…enough said) next to 24 in the rafters with a few more banners. The bronze outside where big Shaquille, West and the Magic man who just pulled off his best, behind the back, rabbit out the hat trick yet reside. We can’t wait to see him toss up the chalk and never witness balloons fall on an empty Forum floor ever again in STAPLES.

Purple reign, purple reign…remember when the King dressed up as Prince?

All hail the new King of L.A. The Showtime will go on!