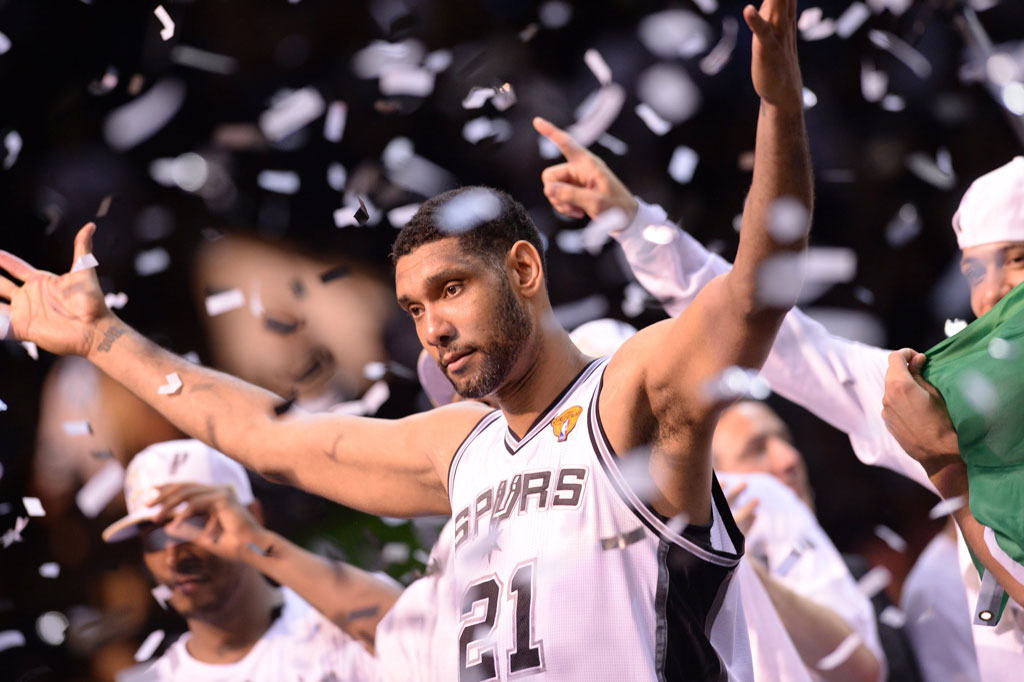 Tim Duncan Will We See Another Lifer

The nauseating noise of Tim Duncan hanging up the shoes for good had been floating in the air for quite a while now, but on July 11, 2016, the United States Virgin Island native made it a saddening reality.

Duncan was the leader of five world championship teams spanning over three decades. He was quiet, led by example, dominated, and never ceased to praise his teammates.

His retirement hurts even more since Kobe Bryant also retired a few months ago. In a span of two months, the NBA has lost arguably the two best players of the 2000s.

Bryant is also a five-time world champion, and he is also responsible for some of our fondest basketball memories. Remember the 81-points outburst against Toronto, or the 62-points in three quarters against the Mavericks, or the night he set the single game record for most points by a visiting player at Madison Square Garden with 61.

But, where these two legends’ greatest accomplishment lays is the fact that, along with Dirk Nowitzki, they never wore another team’s uniform in their entire NBA career.

For 20 years Bryant wore nothing but the Lakers’ purple and gold, while Duncan adorned nothing but the Spurs’ silver and black, and Nowitzki’s tunic has always been the Mavericks’ shades of blue.

However, LeBron James has begun a new movement. A movement inspired by NFL legends Deion Sanders, and Darrelle Revis, which consist of signing one-year contract worth maximum money, and betting on you for one year.

This mercenary ideology of betting on yourself over a short period of time has alienated many NBA fans, because players approach every season with a win now mentality as oppose to building a long-term winner.

Must Read:
DO Call It A Carmelo Comeback. Anthony Is Guaranteed For Years

However, this approach also presents players with a great deal of adversity because if they fail to produce both individually, and collectively, teams will not want to pay for their services, or at least at much cheaper price.

So, it comes down to what players want: money or stability.

Once Nowitzki retires, there will not be another lifer in the NBA – I exclude anyone who has played less than a decade from the conversation. There could have a multitude of lifers, but they changed the course of the NBA by playing for another team.

LeBron James was in Miami for four seasons, Paul Pierce played in Brooklyn, Washington and Los Angeles Clippers, Kevin Garnett suited up for the Boston Celtics, and Brooklyn Nets before going back home, and Dwayne Wade just left South Beach for Chicago.

The ideology of a lifer, a player who will go through the long ups-and-downs of an NBA career with one team is a concept that may retire once Nowitzki calls it a career.

Younger players are about having fun, and winning a ring as soon as possible that way nobody will be able to criticize them for not winning it all. Some disagree with it while others praise them for maximizing their window of opportunity to make money.

Fans tend to say that the only thing that matters is a ring, that players should do whatever it takes to win, but if you join forces with other great players, we will have to add an asterisk beside your title because you needed help.

Must Read:
NBA in Paris. Bulls torch Pistons in the City of Light

Think about it, would Charles Barkley, Karl Malone, John Stockton, or Reggie Miller’s legacies and careers be looked at differently had they been able to capture that elusive title?

Would they, perhaps, be mentioned more often in endless debates about who is the greatest this, or greatest that?

Or, would teaming up together to win a title would have led to fans putting an asterisk beside their ring, and led to the infamous phrase “you couldn’t win on your own.”

Will we see another lifer? I don’t know, but I hope so. It is better for the NBA to have lifers, to have players who will stick to their city, their team, and their organizations, and install, or re-install a winning culture.