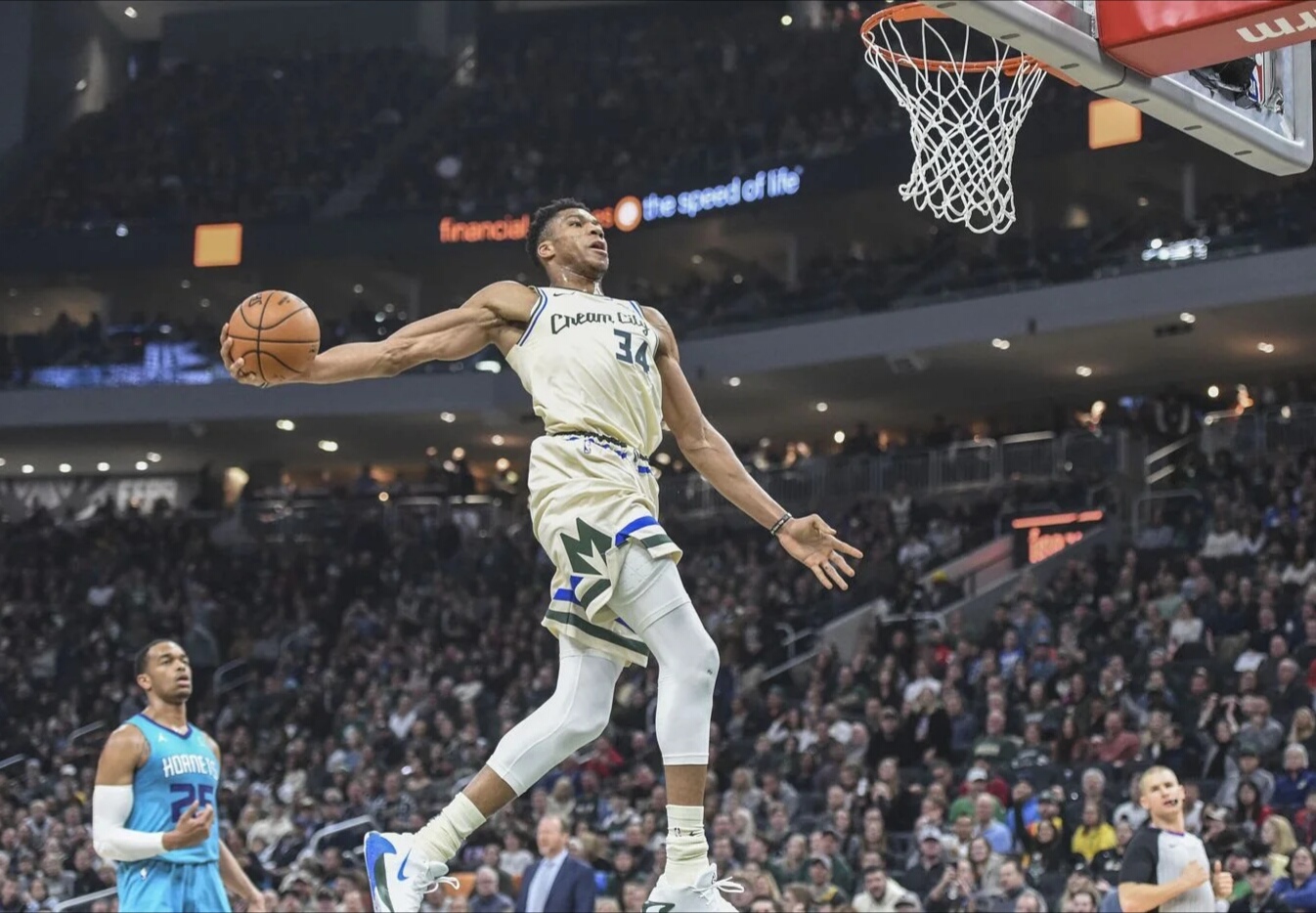 we are playing fantasy basketball

A few 82’s ago as a Cavalier living in the land when LeBron James was asked if he’d welcome his Cleveland plainly dealing the heart of Kevin Love for then Knick legend and rookie rival Carmelo Anthony, The King stood by his man saying he “doesn’t play fantasy Basketball”.

Fast forward flip a couple of desk calendars alongside another Anthony (and you should see the road to Zion team haul assembled in NOLA for Davis) and even with the best record in the L only taking a couple of those letters, you can be sure that ‘Bron would love to add a blazing Carmelo to his Banana Boat crew like the Lake Show wish they always had had CP3 (“WoW”), or the reunion redemption return of Superman Dwight Howard which no one could have imagined in their wildest dreams or Hollywood script flips.

These type of days when father time called Kobe’s career before he was done, LeBron is playing the best Basketball of his life shy of 35, as this writer who knows time takes hairlines but hopefully not headlines to. The crown on LeBron’s scalp may be thinning, but the gold one uptop his head is doing anything but in year 17 on the quest for the Lakers 17th. Dunking, dishing and hitting shots from way downtown as much as he Jay-Z and Kanye watches the throne when you didn’t even think he had that Pico range like that.

He must be God because Jesus is King.

And as he lets the ball roll across the hardwood almost baseline to baseline, coast to coast. Picking it up before the perimeter and hitting the shot as casually as asking “what’s for dinner” (tacos?), you just got served again and simply put, LeBron IS playing fantasy Basketball. Right now he and A.D. are making more records than vinyl.

But in this 2K age looking up from all their swipe left smartphones it’s an alternate reality straight out a ‘Ready, Player One’ guidebook, cheat code.

No V.R. or stream can make you twitch like this. The real game is EA in here.

Players are regularly hitting from the logo (the one at fans hoping to win a new car at the halfway timeline) like a graphic designer. Even when the shot clock or buzzer is all the time in the world away from expiring. But when it’s about to players like Dame Lillard hit epic buzzer beater, playoff series winning ones just in time, from way longer out than the time it took Kawhi Leonard’s Raptor biting, Sixer sinking one to process. Vlade Divac would have said it was a lucky shot or something. You know what he should do with that newspaper Big Shot Bob.

Paul George would have something to say about it too. But yet like ‘Bron and the Beard across the hall in STAPLES shunning the Lakers for some new Los Angeles Times clippings, he and Kawhi Leonard are putting up 40’s together like a Jay-Z New York nightclub or no Clipper before them, Lob City to the Klaw’s one.

And still his first Canadian champion are We The North doing fine without him like a mutual break-up.

Meanwhile a million miles away from Hollywood in Milwaukee in even a hoops world where money makes it all rotate like the Spalding on your finger, the only Bucks this city are concerned about are the one the Coming To America, Greek Freak, Alphabet leads like soup. As the other team with the best record in the league and Larry O’Brien favourites lead by reigning MVP Giannis Antetokounmpo are having the most fun. Playing fantasy WWE Wrestling pregame in a tap out tradition that’s about to finish every other team for real like a Cobra city bite strike.

Must Read:
New Boston Celtics Jerseys Are Proud Of The Parquet

But now Kostas is South Bay called up for the Lakers how much of an NBA family matters dream tie would it be to have both Antetokounmpo brothers going up against each other in what looks set to be this year’s NBA Finals?

Now that would be a fantasy. Like Jimmy Butler at service to God knows his “how many now(?)” team this year, really heating up Miami. Or the storied Celtics losing Kyrie Irving to the Knick blocking, Brooklyn Net gain with Durant, but gaining it all in Charlotte’s Kemba Walker.

Yet somewhere in the middle of this Golden State are wondering what they left in San Francisco.

But watch this cap space. Because chef Curry wil heat up again and has something cooking in the kitchen stirred pot like Harden reuniting with OKC Westbrook and making 30 points per game look like the average of your average role player. Taking it out of this world like those H-Town, NASA, Cosmic City Edition jerseys.

Houston we have an association that’s really taking off like the first time Mike made a meeting with Tinker Hatfield and Nike happen like Just Do It.

This writer writing in the land of the rising sun (the city of Kobe to be fittingly exact) with a Tokyo 2020 Olympic goal sees the future. Because you see like the one from Slovenia, swapping jerseys today with another one who helped pave the way there’s this kid from Japan.

Every year like Green Day wake me up when September ends, because when training camp starts so does the Earth, Wind and Fire, NBA fantasy.