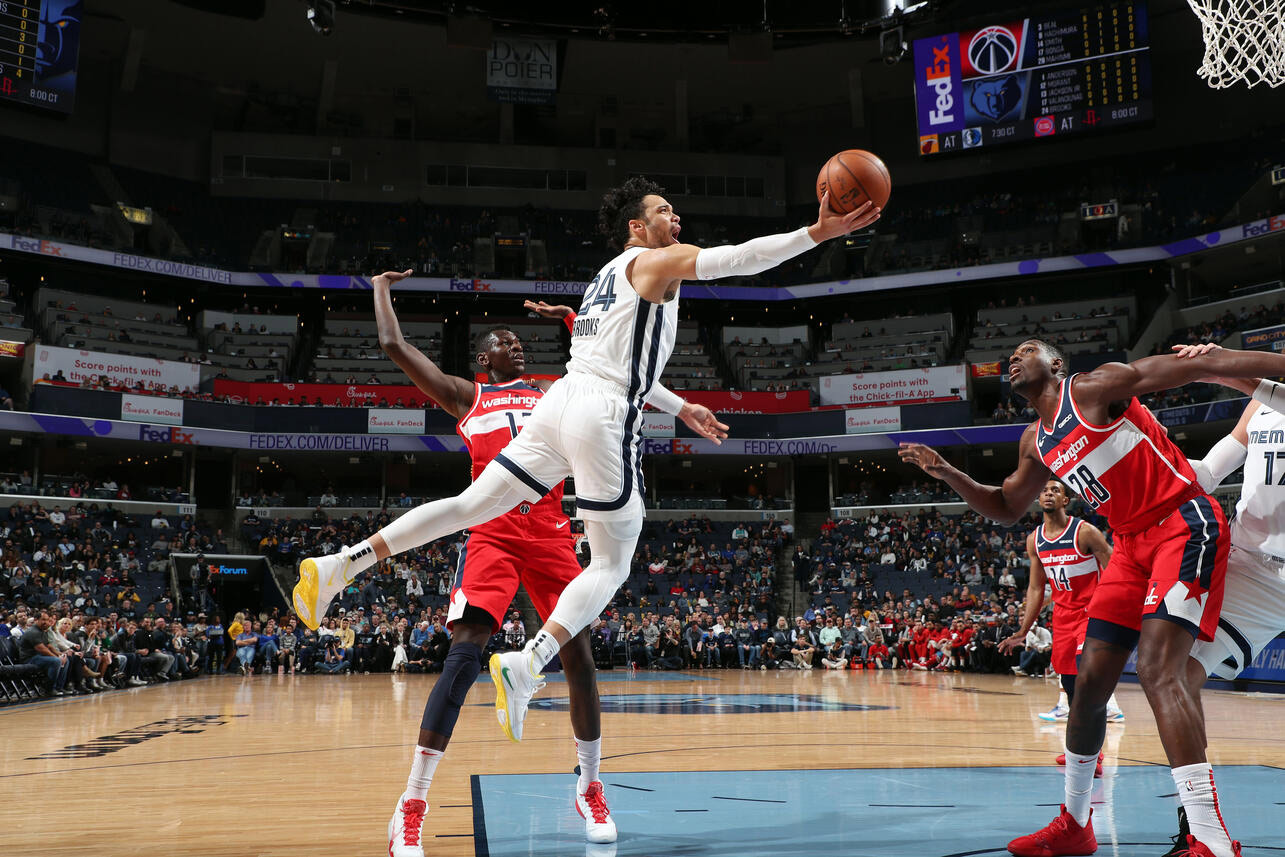 Shai Gilgeous-Alexander, Andrew Wiggins and Jamal Murray have dominated the Canadian’s in the NBA headlines. Respectively and deservingly so, all three have shown tremendous improvements to their game — providing a level of consistency that their franchises can depend on a nightly basis.

With the official 41-game, half-way mark of the NBA season officially behind us, and with a large size vault of video and advanced statistical evidence — It’s now time to add Dillon Brooks’ name to the short list of Canadian’s delivering NBA win shares and optimism to Canada’s Olympic men’s basketball dreams.

The Memphis Grizzlies third-year shooting guard/small forward has been absolutely lights out this season and is a major force behind the Grizzlies’ surprising 24-24 record and current eight-seed (8) spot in the NBA’s Western Conference.

Overall, the Grizzlies’ boast an impressive 17-1 record when the Canadian from Mississauga, Ontario scores 20-plus points in a single-game and a mediocre 7-23 when he fails to reach the mark.

The Grizzlies’ are clearly benefiting from Brooks’ production with a 11-3 record in the month of January — including a seven (7) game winning stretch, registering wins over the Los Angeles Clippers, Phoenix Suns, San Antonio Spurs and Houston Rockets. Additionally, Memphis also got victories over both Wiggins’ Timberwolves’ and a Jamal Murray-less Denver Nuggets.

Efficiency is the name of the game and in just under three seasons Brooks’ has managed to become Canada’s all-time most efficient NBA three-point shooter with a healthy 37.8% career-mark — a list that only includes Canadian-born players with over 500-plus three-point attempts and features names such as Kelly Olynyk (37.0%), Jamal Murray (35.6%), Nick Stauskas (35.3%) and Rick Fox (34.9%).

Steve Nash was not included in this list as he was born in South Africa, put for comparisons and analytical purposes he tops all Canadian players with a 42.8% career accuracy mark from beyond the arc.

Must Read:
'Last Angeles Lakers'...Victory In Vegas For Lonzo's Boys

Unlike Gilgeous-Alexander, Wiggins and Murray who all left their NCAA basketball careers behind after just one season to the guarantee of a top-14 lottery NBA Draft selection — Brooks took the longer route to NBA stardom. For three years, the recently turned 24-year old honed his craft at the University of Oregon, improving his game each season leading the Ducks to their first Final Four appearance since they won their only title in 1939. Oregon came one-point short, losing a heart-breaking 77-76 national semi-final game to eventual 2017 champions North Carolina Tar Heels.

The Houston Rockets selected the Canadian with the 45th pick overall, in the second-round of the 2017 NBA Draft before immediately trading Brooks to a struggling and rebuilding Grizzlies team that had just completed one their worse seasons in team history with a 22-60 record and ranked 29th out of 30 teams in points scored at 99.3 points per game.

Brooks averaged a respectable 11 points, 3.1 rebounds, 1.6 assists per game during as a rookie — turning it up a notch in the last quarter of the season that concluded with a career-high 36 points on the last day. Slept on again, Brooks’ was snubbed from the NBA all-rookie team selections.

A big toe injury to his right foot limited Brooks to just 18 games during his second season and now in his first contract expiring year, the 6’7′ small forward has been as durable as they come. The former Father Henry Carr star is one of only 16 players to have played in all of his teams current games — starting all of the Grizzlies’ 47 games thus far — and playing nearly 28.2 minutes per contest.

The Grizzlies’ have retooled their roster, finally catching up with current NBA times and flourishing under the guidance of first-year head coach Taylor Jenkins. Memphis is giving opponents fitz, with a top ten scoring (113.3 PPG) offense that not only features the Canadian swingman, but requires Brooks’ to score on a nightly basis as part of their proven winning formula.

Credit has to be given to long-time Memphis General Manager Chris Wallace with their recent draft selections of Ja Morant (2019), fellow Canadian Brandon Clarke (2019) and Jared Jackson (2018). Add in the big time acquisition of long-time Toronto Raptors’ fan favorite Jonas Valančiūnas and the Grizzlies’ have a formidable, exciting and fast-paced young core that Wallace arguably started envisioning with the second-round trade for Dillon Brooks in 2017.

No stranger to the international FIBA game, Canadian basketball fans are also anticipating the return of Brooks to the national side. At 19 years-old, the shooting guard made his senior team debut at the 2015 Pan American Games in Toronto — scoring 11 points and grabbing 4 rebounds in a disappointing 86-71 championship game loss to Brazil.

Previously, Brooks represented Canada and led both the 2014 FIBA Americas U18 and 2015 FIBA U19 World Championships squads in scoring with 25.2 and 18.8 points per game averages — good enough for first and second place in both tournaments.

Canada will attempt to qualify for the 2020 Tokyo Summer Olympics and end it’s 20 year men’s basketball drought via a last chance Olympic qualifier tournament right in their own backyard in Victoria, British, Columbia.

Brooks’ alongside, Gilgeous-Alexander, Jamal Murray and several others have officially announced their commitment to Canada’s Olympics aspirations.

As it currently stands, and if it all goes according to plan, 2020 could just be Brooks’ breakout NBA year — culminated by a potential big payday, an Olympics appearance, setting up the perfect stage for him to cement his legacy as one of Canada’s best basketball players.