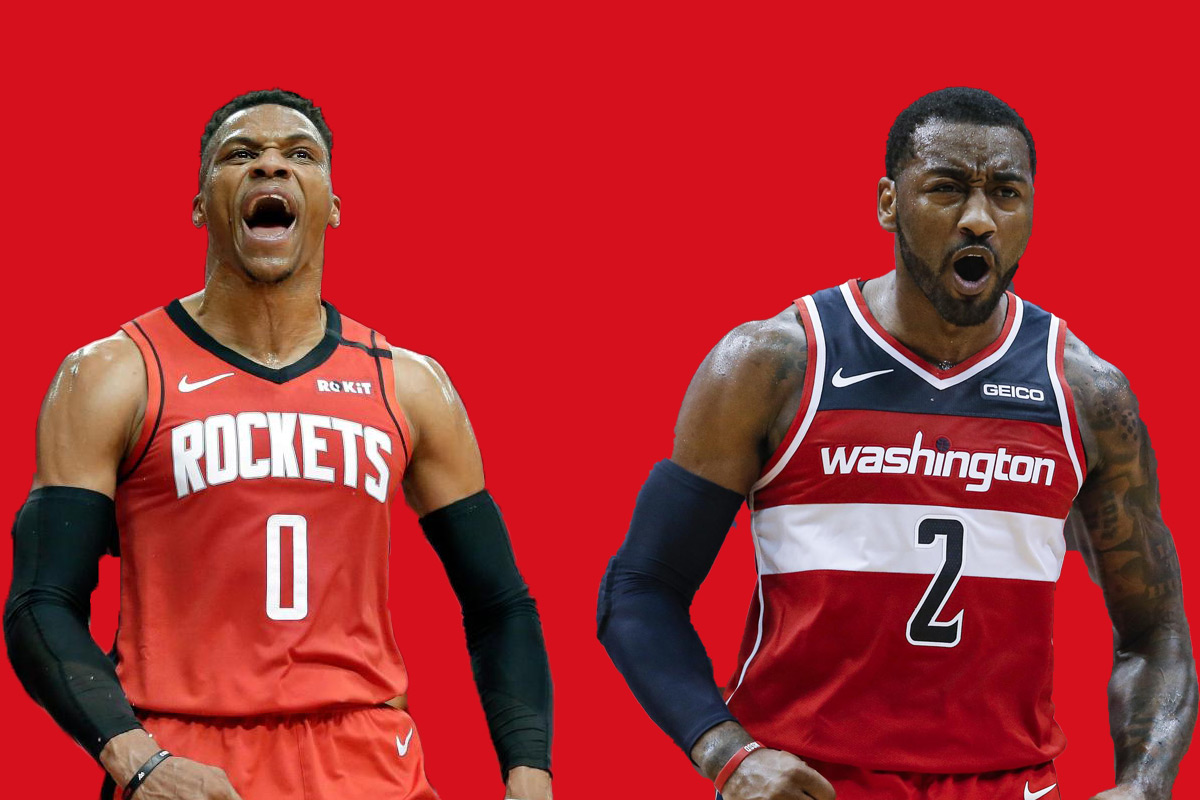 Blockbusters still happen outside of Hollywood these days. Even if cinemas are closed nationwide in quarantine.

Getting their Eddie Murphy and Dan Aykroyd on, superstar guards Russell Westbrook and John Wall are trading places between the Houston Rockets and Washington Wizards.

Once again the balance of power in the ever-changing NBA, like a bursting bubble has shifted.

There’s a new beast in the East, and the West’s best just got better too.

The Russell Westbrook and James Harden Oklahoma reunion in Texas may have only lasted one lone, sole season, but there is a Kentucky alumnus one now in H-Town to match those leaked, baby blue City Edition, new Nike jerseys. The Rockets also picked up all-star big man DeMarcus Cousins who spent last year injured and then amnestied by the World Champion Los Angeles Lakers.

Cousins still relates and is not superstar status shy. He could have a year as big as that one game he managed to play as part of the Golden State Warriors all-star, starting five that lost the 2019 NBA championship to Canada’s very own Toronto Raptors.

Alongside fellow Wildcat John Wall who once out ran a cheetah on the computer, the beard of James Harden has even more claws to climb up the West’s ranking. Harden and Wall could be a Kawhi Leonard and Paul George like dynamic duo rival to the Los Angeles Clippers who had their own problems as they all look to dethrone all the King James men.

The Lakers and LeBron have just re-upped for two too.

Can you say repeat?

John has his own injuries to deal with like his Cousins ‘cat, but after things didn’t work with Chris Paul or Westbrook out West with Harden, let’s hope everything gets patched up quicker than a Harden feet shuffle.

Wall and Bradley Beal’s ‘House Of Guards’ remained one of the best backcourts in the L not associated with the Steph Curry and Klay Thompson (prayers up) one dubbed in San Francisco as Warriors. Now its even better. They may no longer be building Wall’s in Washington like another man whose about to leave D.C. this January, but Westbrook/Beal is a new deal and day like Biden/Harris 2020.

Must Read:
Does The Lakers Future Belong To A Kid Named Bryant?

They’ve got our vote.

Add a big in Japan, rookie Rui Hachimura to this potential big three and you have a capital team for the capital city like their WNBA sister Mystic. Especially as Rui is set to be a sophomore star this new season coming this Winter.

Last year with Harden and Westbrook’s Rockets taking to Tokyo for a Far East exhibition with Toronto everything looked gravy. It’s clear now there were lumps though. Both Westbrook and Wall who are now both in their 30’s were about as happy as 2020. So at least this new deal gives then a new start for this new year like January 1st.

Lets just see how long it lasts in this revolving door of NBA player movement.

Will it last as long as the 2023 draft pick the Rockets are getting as part of the deal? Or will it be grounded before the first hurdle?

Houston will still have problems and get no sleep until James Harden goes to Brooklyn, or nets himself an extension for Texas. Meanwhile, the Wiz have just become a beast boy.

Let’s just hope all of this lasts more terms than Donald.