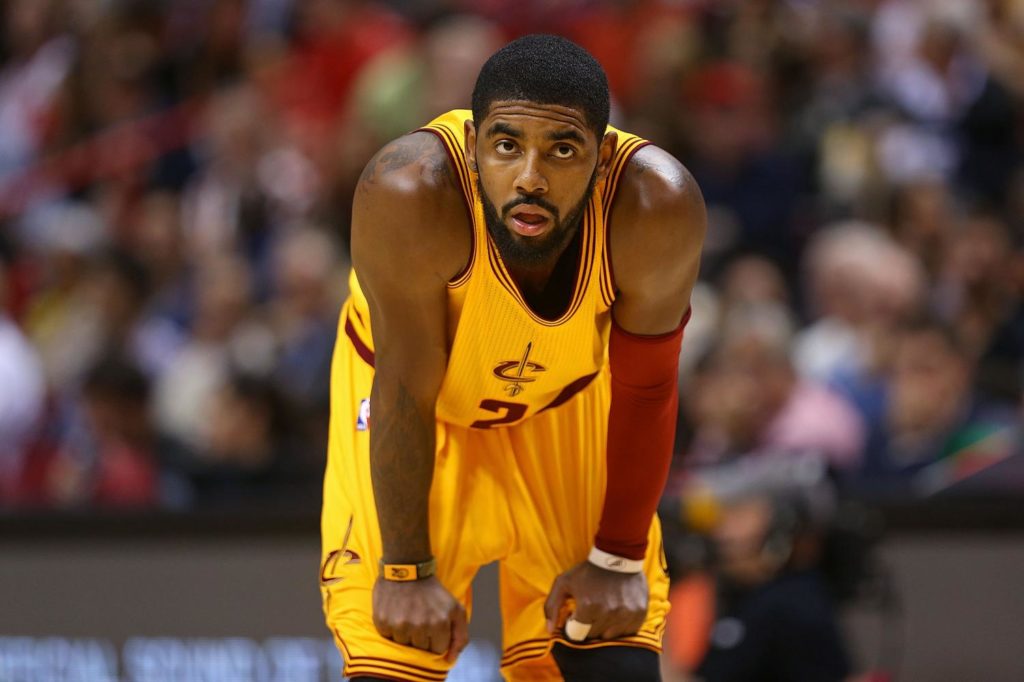 Now that the Cavaliers have brought a championship to the city of Cleveland, will the Cavaliers’ star(s) want to stay?

Throughout the regular season, many reporters speculated that if the Cavs were to win the title, LeBron James would have fulfilled his promise, and therefore be free to explore potential options in free agency. But, based on his reaction after winning it all, it seems far-fetched now that King James would depart from his kingdom.

But, it is not far-fetched to think that his partner in crime, Kyrie Irving, will want to leave the land.

Prior to the 2014-15 NBA season, the Cavaliers signed Kyrie Irving to a five year, $94, 343, 126  contract, thinking he would be the player Cleveland would build around, but James came back and changed everything.

The Cavs had also signed a rookie NBA coach in David Blatt who was running the Maccabi Tel Aviv, the team that won both its domestic league and the Euroleague.

Coach Blatt was using sets such as “Two Down”, “Fist Down”, “Double Exit”, and “Horn” among others. Check out the BBall Breakdown video to get a detailed breakdown of each set.

Those sets are used to create space for ball handlers to either get to the basket, or long distance shot both of which are in Irving’s deadly repertoire. It was a perfect marriage, but James came back and we never got to see this offense in fruition.

I do not hate on LeBron James, I am simply saying that his flagrant disrespect of coach Blatt made it impossible for the rookie coach to import his offense to the NBA.

Throughout the past two regular seasons, fans got to see Kyrie Irving and LeBron James play together, but on (too) many occasions they did not gel. The two superstars had a hard time figuring each other’s tendencies on the court, where they shoot from, cuts to the basket, and who closes the deal in tight contests among other things.

Must Read:
Lakers spurred by the return of AD and Rui Hachimura's debut

But, all of that was overshadowed by their overwhelming talents, the brilliant moves made by GM David Griffin, and Owner Dan Gilbert’s will to pay whomever the Cavs needed to sign to win it all.

However, now that these stars have finally broke the curse, and brought a long awaited championship back to northeast Ohio, will Irving want to leave to create his own legacy as opposed to being the Robin to James’ Batman?

During the Finals, Irving showed that he rises to the challenges thrown his way whether it is a player, making a shot, or a big game. Irving wants to be at the center of attention when the world is watching.

The biggest negative against Irving is that he is not a true quintessential point guard, but rather a shooting guard or scorer playing the point mainly because of his off the chart ball handling skills.

Just about any team in the NBA would want Irving on their roster, so it is hard to even narrow it down to just a few teams, but one destination that could use his talent and where he could create his own legacy, is Chicago.

The Bulls have just traded away their former all-star and MVP point guard, Derrick Rose, and are looking to trade all-star shooting guard Jimmy Butler as they prepare to rebuild.

With the 14th selection in the 2016 NBA draft, they picked Denzel Valentine out of Michigan State. Valentine is a talented versatile playmaker who shot 41.3 per cent from three-point range, he has a high basketball IQ, good vision, solid passing abilities, but lacks the athleticism to defend point guards, or size to defend wing players.

In that case, if Irving were to go to Chicago, he would defend point guards, and Doug McDermott would defend wings, leaving off guards to Valentine. This would form a young, talented trio that would have Chicago back in the playoffs sooner rather than later.

Must Read:
We now have two Japanese Rui's in Washington

The Bulls would still need to either draft or sign other players to expect a championship out of this roster, but the playoffs are feasible with this hypothetical roster.