Clearly, the attention for Canadian NCAA Basketball fans is centred around the Texas Longhorns and their Canadian freshmen duo of Cory Joseph and Tristan Thompson. #25 Texas Longhorns opened up the 2010-11 NCAA basketball season with an impressive victory over Navy Midshipmen 83-52.

Coach Rick Barnes started with Cory Joseph at the point guard position with Tristan Thompson coming off the bench. Both Canadian players made their presence felt early on, as Thompson checked in at the 4th-minute mark and Cory wasted no time in helping his long-time teammate get on the score sheet.

For Thompson that was just the start he needed, he’s strong interior play and his commitment to the weight room showed as he occasionally outmuscled the Navy front line on his way to a respectable NCAA debut as he finished with 12 points, 7 rebounds on 4/9 shooting in just 25 minutes of floor time. 10 of those points came in the first half where the game was relatively competitive.

One area of concern for Thompson was his foul shooting as he went a sour 4/10.

It’s fair to say that Navy’s big men aren’t anywhere near the level of talent that Tristan and the Longhorns will face once the season gets going full throttle, but we look forward to seeing Tristan’s development against the NCAA elites. The Longhorns have games against traditional powerhouses Illinois, North Carolina and Michigan State.

Cory Joseph saw limited action (25 minutes) due to foul trouble but showed his all-around ability crafting up 5 points, (2/7 FG, 0/3 3FG) 4 rebounds, 3 assists. It will be interesting to see how many minutes Coach Barnes will give his young freshmen. It was also evident that he will have to bulk up to better defend the stronger NCAA guards, something that will come as he develops.

Must Read:
2021 NBA Trade Deadline: Four Canadians on the move

Texas has a long tradition of producing great NBA players at both the guard and forward positions. DJ Augustin and Kevin Durant come to mind when thinking of Joseph and Thompson?

Okay, that may be a far fetched comparison at least the Durant point, but Cory Joseph does resemble a bit of DJ Augustin.

Are we on the verge of seeing yet another great Texas tandem? 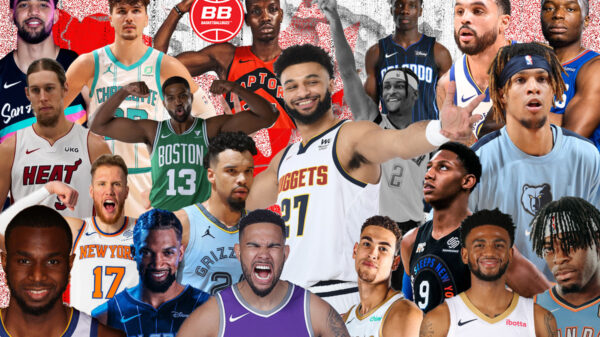