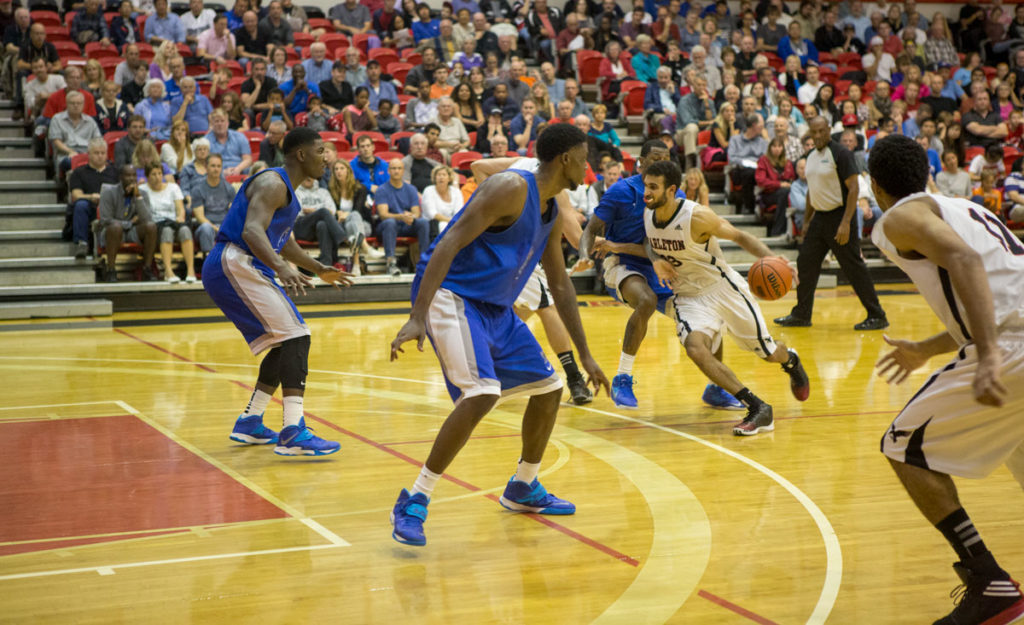 Ottawa, Ont. – The Carleton Ravens playing in front of another sold-out crowd at the Ravens Nest improved to 3-1 in preseason action with a convincing 86-76 win over the visiting Memphis Tigers of the NCAA’s American Athletic Conference (ACC).  The Ravens jumped all over the Tigers, drilling 8-of-15 (53.3%) three-pointers in the first quarter for a 33-15 lead and never looked back, picking up their third straight victory of division opponent for the second straight year.

Carleton’s All-Canadian guard Phillip Scrubb torched the Tigers all night long with a near triple-double of 35 points, ten assists and seven rebounds. Scrubb shot 12-of-21 from the floor and 5-of-10 from deep, including a late dagger that sealed the game after Memphis cut a game-high 32-point lead to nine points with 1:35 left to play.

Despite the win, Carleton Ravens Head coach Dave Smart was extremely upset following the victory which saw Tigers completely outplay the Ravens in the fourth quarter, outscoring the defending champions 29-12 in the quarter.  Smart took his star point-guard aside for an additionally five minutes laying into him as if they had just dropped a game and as if Scrubb hadn’t just dropped his highest point total against an NCAA team.

“Our biggest fight is how we defend and how our culture is, how confident we play, how tough we play, like confident when its bad, anybody is good when it’s going good, like confident when it’s a war, when you are not getting the call and our practices are not like that, our practices to very honest are kinda happy roll and they haven’t been like that for twelve years.” Our practices have been a nightmare for twelve years and that’s why when it gets tough we generally have responded”

Thomas Scrubb cooled-off in the second-half after scoring 12 of his 21 points in the first quarter on 7-of-14 shooting. Connor Wood and Victor Raso both finished with 9 points each on three triples, Wood also added 9 rebounds helping the Ravens match the much athletic Tigers on the boards at 36-36.

Memphis Head Coach Josh Pastner was proud of his team second-half effort despite dropping their preseason opener on the road.

“The first-half Carleton was just tougher than us and competed harder, second-half I was really proud of our effort, our competitive nature our ability to bounce back, but that’s a really good team and very well coached team that we’ve played. Philip, of boy, is he really good and he can shoot the ball. They punched us in the mouth in the first half and we fought back and made it a game in the second-half.

The Ravens (3-1) will get two days off before wrapping up their 2014 NCAA/CIS series with another game against the same Memphis squad on Tuesday. The Tigers will now face the Ottawa Gee-Gees (3-0)  who have already knocked off the Indiana Hoosiers, Vermont Catamounts and the University of Illinois-Chicago Flames.