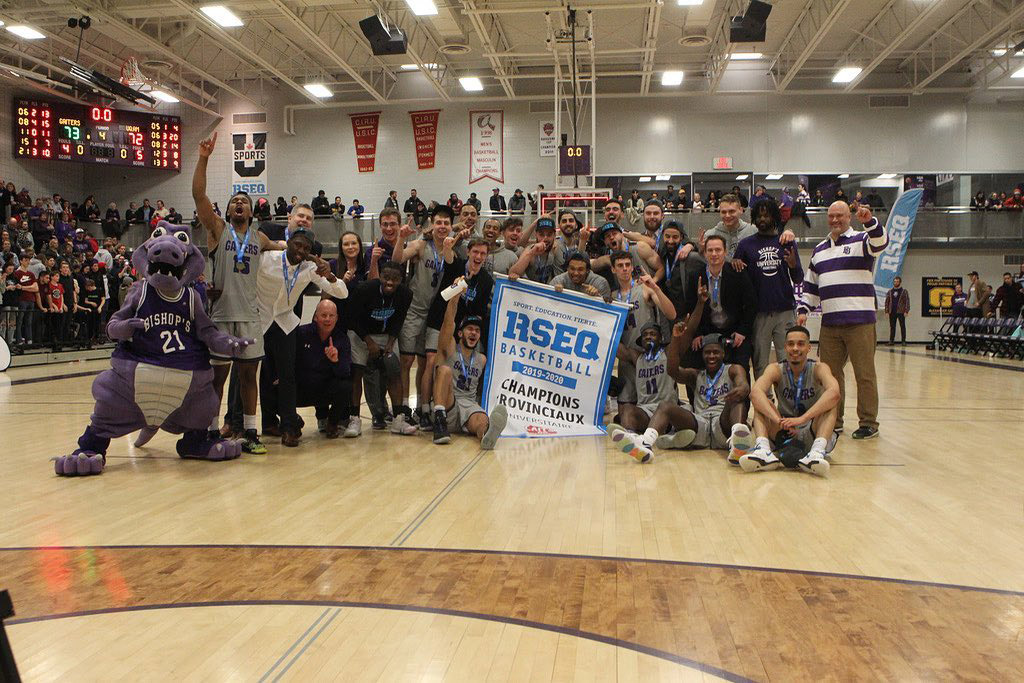 The Bishop’s Gaiters are going to the big dance.

Senior guard Joany Castor-Thadal (Montreal, Que.) nailed a clutch baseline triple with .8 seconds left in the fourth-quarter to lift the Bishop’s Gaiters to a 73-72 comeback win over the UQAM Citadins.

The Gaiters trailed 72-69 with 53 seconds to play and closed within two points at 72-70 on split pair of free-throws by Connor Kelly (Brockville, Ont.) with 16 seconds left. The sophomore guard hit the first and missed the second — the Gaiters pounced on the offensive rebound to set-up the heroic shot to earn the 2020 RSEQ championship and book their ticket to the 2020 U Sports Final 8 in Ottawa.

The victory sends the Gaiters to their first Final 8 championship since 2015 and marks the university’s eight appearance – winning the national men’s basketball title in 1998.

The Gaiters finished in third-place in the RSEQ conference with a 8-8 record and upset the No. 2 Concordia 78-71 in the RSEQ semi-finals to get into the title game. Bishop’s turned what was expected to be rebuilding year into an unexpected cinderella story. Veteran 12-year head coach Rod Gilpin managed to reach the Final 8 with a roster that features only three seniors alongside six freshmen.

In total six teams have qualified for the 2020 U Sports Men’s Final 8. The defending champions Carleton Ravens all locked-up the no.1 seed with back-to-back conference titles. The UBC Thunderbirds won the Canada West and will make the trip to Ottawa.

The Alberta Golden Bears will be there as the runner-up in the west. Hosts Ottawa Gee-Gees, Western Mustangs, the winner of the AUS championship game between the Dalhousie Tigers and St. FX Men will grant one more entry to go along with a national-at-large wild card that should go to the Calgary Dinos.

As the RSEQ champions, the Gaiters’ are guaranteed to avoid 8th seed at nationals despite coming in with a 17-15 overall record. The seeding criteria prevents conference champions from being ranked that low.

It’s been a fantastic road to the U Sports men’s basketball Final 8 with the Western Mustangs knocking down their own improbable game-winning triple to send them to the last weekend of the season. The University of New Brunswick Reds advanced to the AUS semi-finals on a rarely seen game-winner off the top of the backboard.