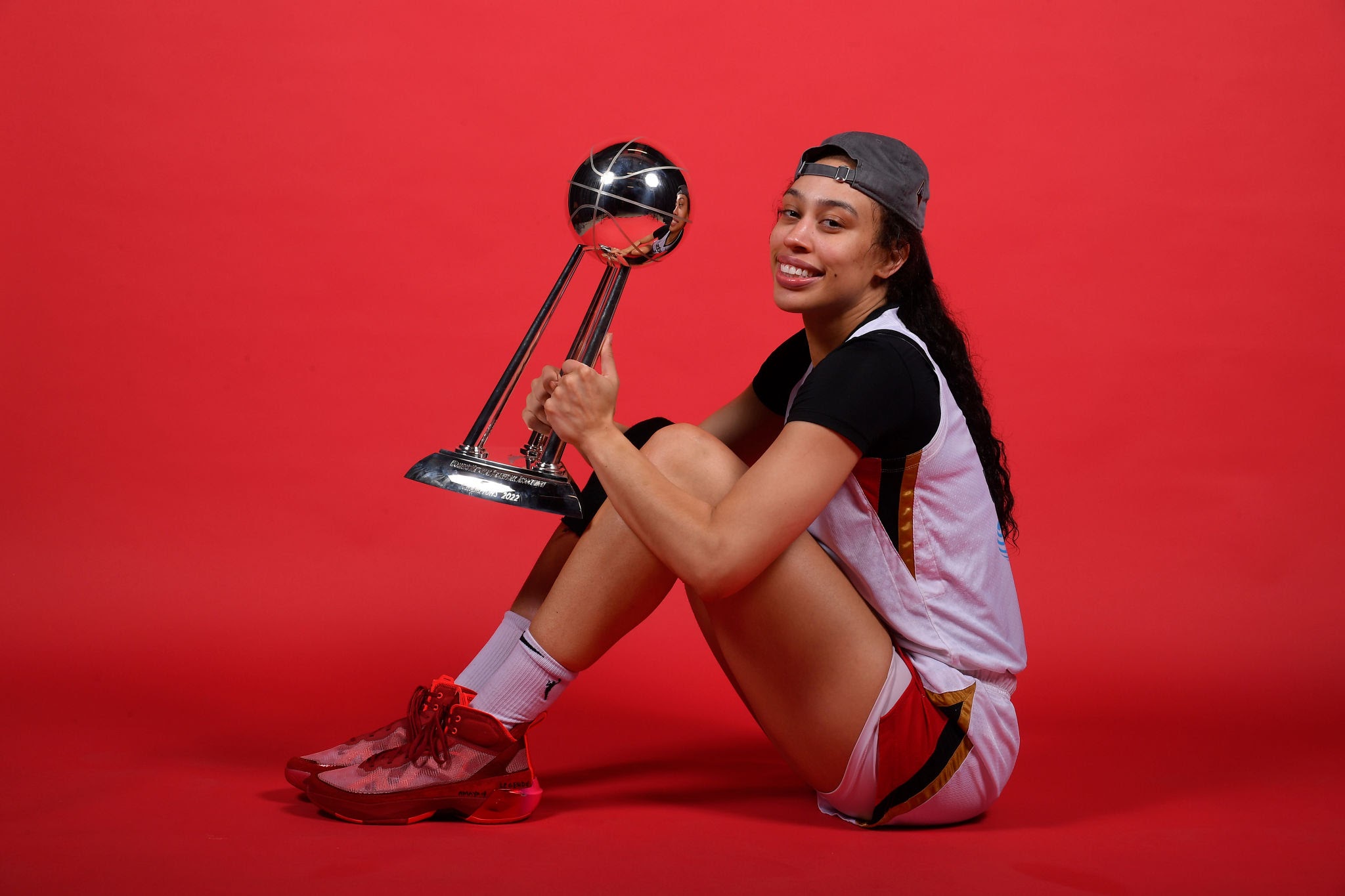 Aces deal hamby to sparks for zahui b

The NBA trade deadline will soon be upon us, but who needs to be concerned with that right now? The WNBA has just pulled off a blockbuster shocker.

As the W’s winter free agency period opens like coats in spring, the trade-trigger is being pulled with abandon. Dallas Wings star Allisha Gray will now Dream with Atlanta. Two first-round draft picks are set to take her place in Texas. The Atlanta Dream have also acquired Danielle Robinson from the Indiana Fever for Kristy Wallace.

2021 MVP Jonquel Jones has a new Manhattan home too. Landing with the New York Liberty. Torch carrying with budding superstar Sabrina Ionescu. That’s not the only perfect partnership for the newly engaged Sabrina either. As part of that trade, key Liberty players Rebecca Allen (Connecticut Sun) and Natasha Howard (Dallas) will also be sent to different places.

In addition, the rights to New York’s Crystal Dangerfield will be taken by the Wings. Their own Kayla Thornton heads to NYC and Tyasha Harris to the Sun in this three-team trade.

All attention remains on prize free agent Breanna Stewart and the emojis she’s teasing on Twitter. Stewie will meet with her Seattle Storm along with the Minnesota Lynx and Washington Mystics. Now that Sue Bird is gone, will the city of Seattle lose another emerald? A front line of Stewart and Washington’s Elena Delle Donne would mystify the league.

Rumour has it that the destination of another legendary free agent in the Chicago Sky’s Courtney Vandersloot will also influence Stewart’s decision.

After making it to the finals with the Sun, Connecticut have traded veteran point Jasmine Thomas to the Los Angeles Sparks in exchange for Jasmine Walker, Kianna Smith and Olivia Nelson-Ododa. With many draft picks changing hands like trading cards too.

Yet, the big news out of Hollywood is the reigning champion Las Vegas Aces trading two-time All-star and Sixth Women of the Year Dearica Hamby to the Sparks. In exchange, Amanda Zahui B’s negotiation rights belong to Sin City. Los Angeles and Las Vegas will also swap a 2024 first and second round draft pick respectively.

Don’t underestimate the magnitude of this trade. Sixth pick. Six Woman. Hamby was hampered by injuries last season, but became a first-time champ. She’s still a force to be reckoned with. As is star Zahui B., winning a championship herself with Fenerbahçe after being unfairly placed on an overstocked Sparks’ season suspension list to avoid roster violations.

These are stars of the league that can still shine.

Hamby announced her pregnancy with her second child during the Aces’ championship parade. But last month came a concerning social media post. “Imagine expressing your fears as a woman and being pregnant in this profession/world. Then to be reassured that you were supported…and your back was “had”….only to then be used against you.”

Penning another statement after her trade from the desert to California, Hamby talked about being “traumatized” by the Aces. Adding that she was “lied to, bullied, manipulated and discriminated” with her “character and work ethic attacked”. Claiming the LV Aces treated her as “a question mark”, “not expecting her to get pregnant in the next two years.” Telling her they “need bodies.”

Remember what Dearica Hamby told WSLAM last year? “I think there’s this fear that if I’m emotionally invested in (childcare), I can’t also emotionally invest in basketball. But that’s just false. Personally, for me, I come to work, I do my job for the time allotted that I’m supposed to do my job, and then I go home and I’m a full-time mommy. I can separate the two.”

The WNBA is investigating. We thought we were past all this. Especially with the landmark CBA reached three-years ago. One that Spark and WNBPA President Nneka Ogwumike and others worked so tirelessly hard to attain.

“To be treated this way by an organization, by women who are mothers, who… preach family chemistry and women’s empowerment is disappointing and leaves me sick to my stomach”, Dearica said of the disrespect and disregard.

Hamby’s handy career averages of 9.2 points, 5.6 rebounds and 1.4 assists will man the point for Los Angeles after her pregnancy. But the Sparks are not done setting the table. There’s even talk of a Candace Parker return after the legend’s victorious Chicago homecoming.

We just hope justice will be served. Maybe in some good old-fashioned revenge on the cold hardwood. Or perhaps, in a more important court.

The rights of all players in the W need to be accounted for. And all teams held to that standard. The same one that was collectively set in 2020.