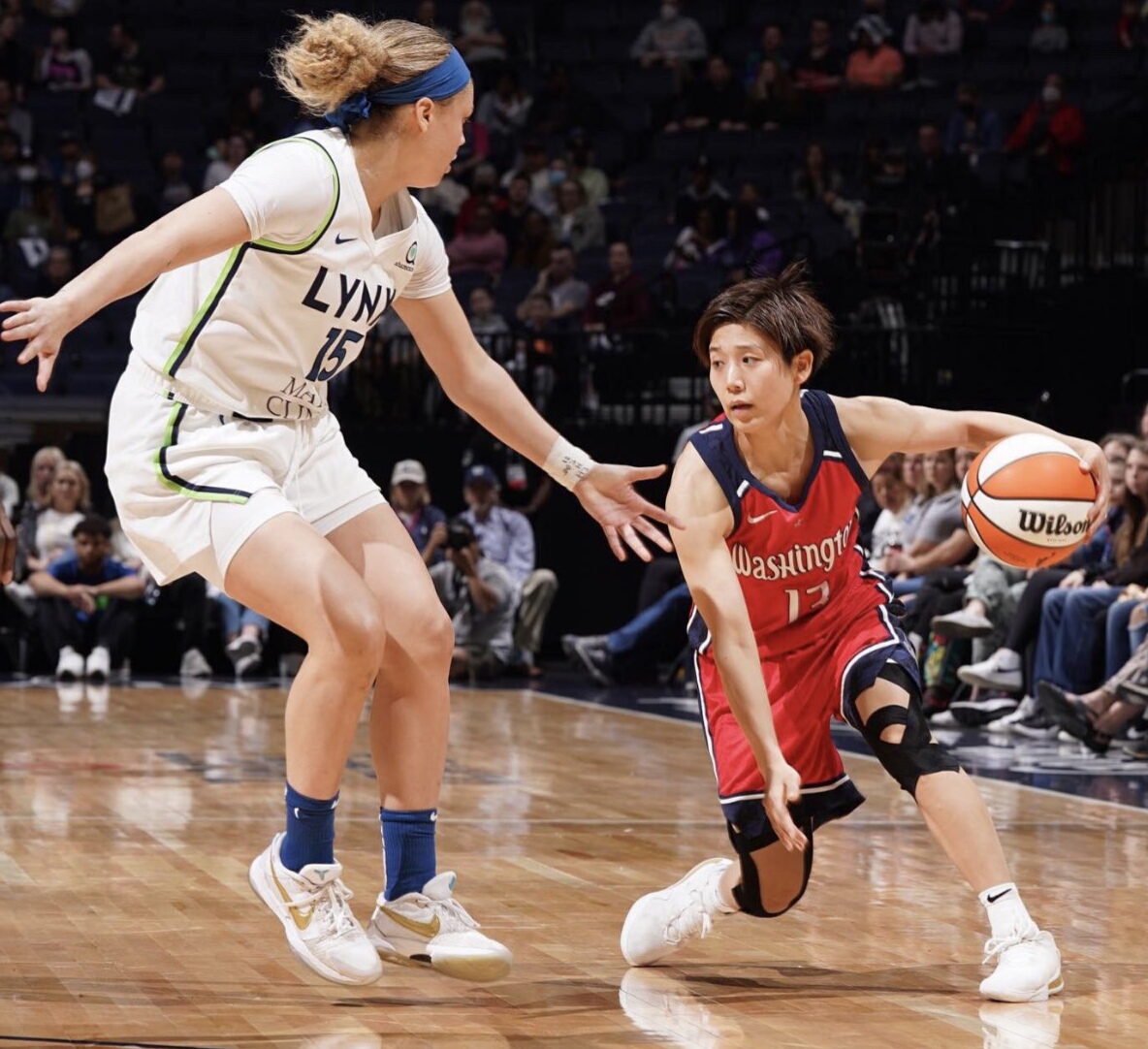 We now have two japanese ruis in washington

Tokyo, 2021. A year removed from the postponed 2020 Olympics, the world famous Japanese city finally held the games for the first time since 1964.

Waving the flag as tennis megastar Naomi Osaka carried the torch, NBA sophomore star Rui Hachimura was set to lead his county to glory in the basketball tournament alongside Toronto’s Yuta Watanabe.

Otsukaresama. That’s what they say over here in the Far East to show their appreciation for a hard day’s work. And although they were thanked for all their efforts, Hachimura and Watanabe were left in the first round of the games.

Instead, it was another Rui who led HER Japanese team to the Gold medal game. It was an incredible and inspired run worthy of every traditional postgame bow. But then Japan’s opponents on the way to the Mount Fuji like mountaintop of the podium was the USA women’s team. One even more dominant than the men’s. FACTS.

The silver lining of being in second place (no first loser) was a ticket to the United States.

Now American basketball has two Rui’s in its leagues. And they both play for the capital city of Washington too.

We have no doubts it will all be open arms as Hachimura welcomes the next Rui to DC and shows her all the spots to eat and get a run in.

But until then, allow us to welcome Rui Machida to the WNBA and the Washington Mystics.

Lucky for us number 13 makes this twin pairing for the capital’s brother and sister basketball franchises truly mystifying.

Magic like her play and above photo that’s already giving fans on Twitter And 1 Streetball tour vibes.

The Fujitsu RedWave star, tweening between seasons, is about to bring her own wave here outside the land of the rising sun. Mystics GM and head coach Mike Thibault just wants, “Rui to be Rui”. And that’s Machida to you. A name associated with magnificence.

Must Read:
The King And His Land Have The Juice In Cavalier Orange

In her WNBA debut, the Hokkaido native had 2 in three categories. Points, assists and rebounds. Not bad across the board, for just 17 minutes of work in an 84-70 Washington win against the Indiana Fever. It’s only going to rise from here on out. Just like her contagious enthusiasm as seen on the world’s stage in the Olympics.

But this time, the results are going to glitter in all her gold.