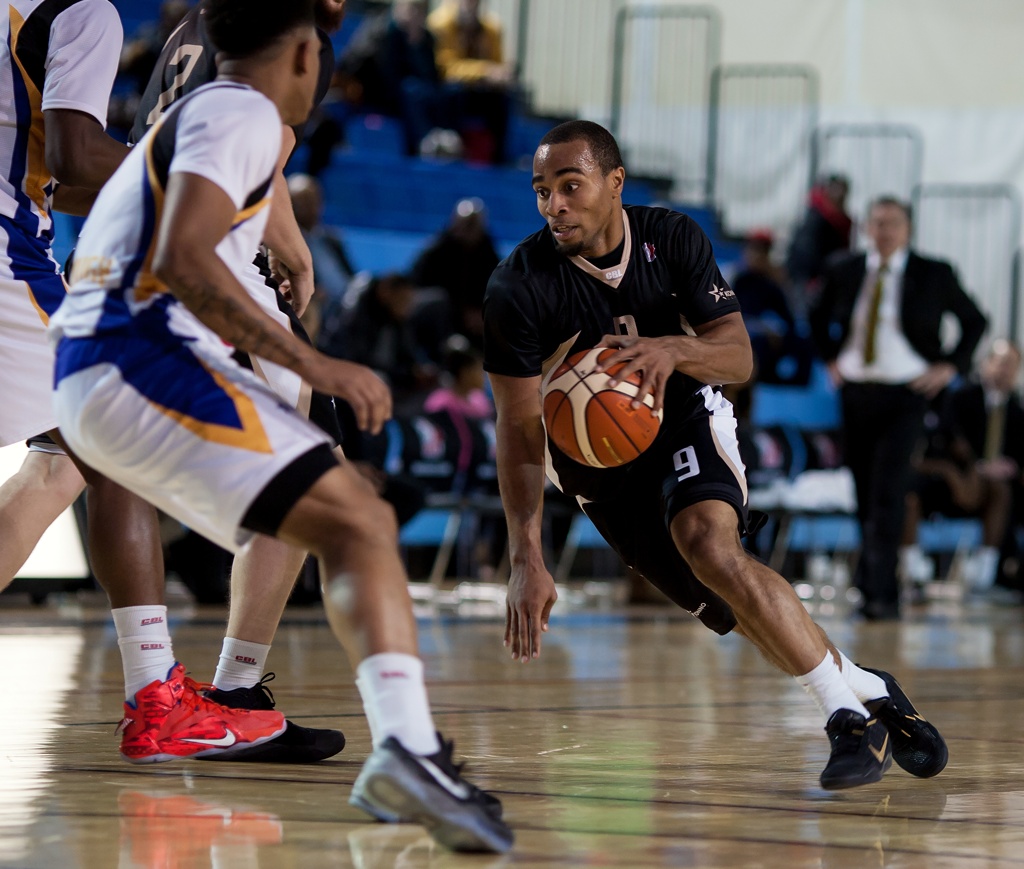 Hamilton United’s Troy Taylor is always a blur when he steps onto the court. He is lightning quick and a physical specimen unrivalled in the Canadian Basketball League. He is a player who would run through a brick wall for his team and the wall would come out second best. But it has been Taylor’s basketball savvy away from the hardwood, not just his physicality, that caught the attention of CBL Founder and General Partner Butch Carter.

where he completed four productive years as the floor general, leading the Purple Aces through the competitive Missouri Valley Conference. The highlight of his university career came in his senior year when the Purple Aces made it through to the semi-finals of the CIT tournament.

It was, however, the time after his College playing days had concluded that the Indiana native’s basketball life had reinvented itself. It was a time away from the glitz and pageantry of being a D1 athlete Stateside when he took stock in his other strengths.  Pining for the opportunity to play ball beyond college Taylor joined a group of local players to play for the Anderson Legends – a semi- professional outfit named after Kojack Fuller, a legendary local high school coach. Taylor was not just the team’s point guard but he was responsible for marketing the team and forging relationships with the Anderson community. Like many small American cities, Anderson and its shrinking population of 55,000 is a community in flux.  Having lost General Motors, its main employer, several years ago the city had fallen on challenging times. The Legends, however, were an instant hit and the local community embraced the team and the fact that they represented one of the city’s major exports- high school basketball players.

“They were filling high school gyms here for a summer”, explained local Sports Editor George Bremer who has covered sports in Anderson for decades. “It was really fun and a chance for fans to see local kids playing together at a high level”, he added.  Bremer reported that the team didn’t disappoint, winning most of their games with scores that consistently surpassed 100.  “Troy basically ran the marketing of the team and it was a real grassroots operation that resonated throughout the community,” Bremer reported to CBLinsider.

Although the Legends didn’t affiliate themselves with any league Taylor reported that the team  regularly invited teams from other leagues to their gym for a series of exhibition games. The outcomes of the games usually favored the Legends ,including victories over teams from the ABA, UBA and CBA.  The results subsequently led to invitations by rivals for the Legends to join their leagues.

It was a year before the CBL bounced its first Molten ball when the 27 year old crossed paths with Butch Carter and ever since they have fostered a mutual respectful relationship.  Taylor admitted that he had a lucrative offer to play in Lithuania but has no regrets that he has been a pioneer with the CBL, making the trek from basketball-rich Indiana to what many fondly refer to as ‘The Hammer’ and Southern Ontario. “I see a lot of him (Butch Carter) in me, he’s a hard worker, I understand his vision and I like being around guys like that,” explained Taylor who will be entering the second year of a two year contract with the CBL. “It’s a great opportunity and it’s more than just the money, it’s about relationships,” he added.

He described the inaugural CBL season as being “solid” in many ways.  “I was treated really well as were the other players, the money was always deposited in our accounts on time or early and I like the guys I played with in Hamilton”, he announced.   Taylor was also able to network with local Hamilton businesses, securing some minor sponsorships for the team.

During the off season Taylor has been assisting league officials with their talent evaluations as it has been a primary goal of all involved with the league to have the best talent scouted before the league tips off in December. He recently joined CBL Director of Operations Garrett Kelly and Mark Anderson, his coach from Hamilton, to look at a small group of prospects who gathered in Pittsburgh. Kelly believes that the Anderson, Indiana native has a “good mind for the game” and is quickly learning the business side of the league.  It is this side of the game of basketball that Taylor embraces. “I love all the behind the scenes stuff,” he explained.

Although a head coaching position does not appeal to Taylor as his primary goal in basketball he admitted that he has been spending some of his off season helping train members of the Indiana Fever of the WNBA. “I watched enough tape as a player, I don’t want to watch it again as a coach,” he proclaimed.

For Troy Taylor he has no regrets about joining the Canadian Basketball League, believing that he is well positioned in the future as his relationship with the CBL and his shared vision with Butch Carter will pay long term dividends.  “I love what I’m doing and I have been put in a great position,” he stated emphatically.