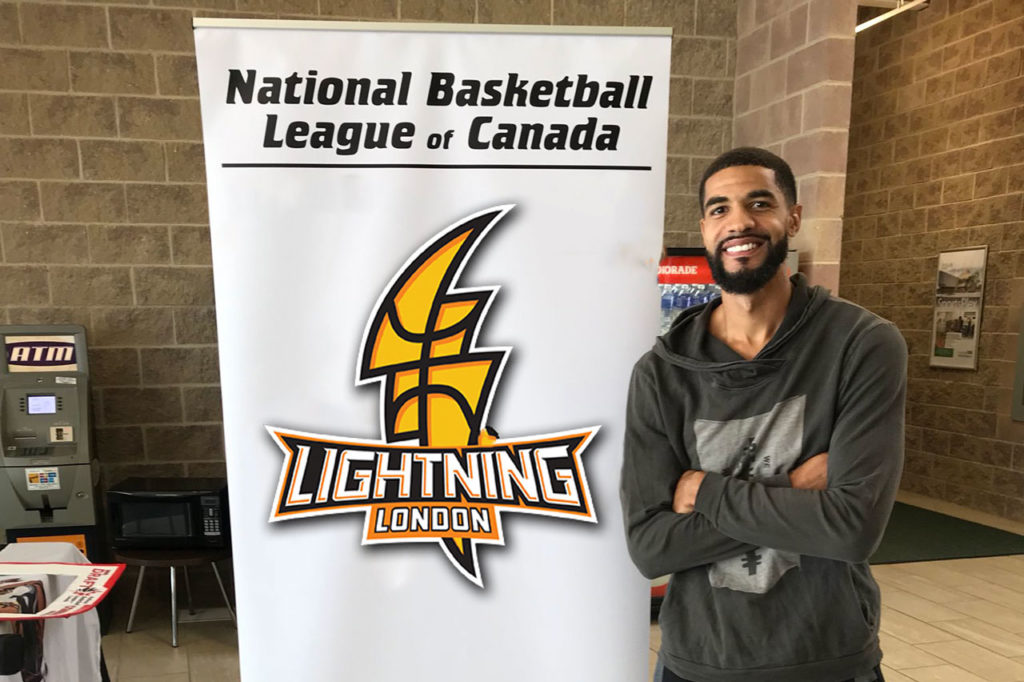 If you know anything about London Lightning guard Charles Boozer, it’s likely that he’s the younger brother of Carlos, the former NBA All-Star, Olympic gold medalist and Duke standout.

Carlos, by far the more famous of the two, played more than 800 NBA games with Cleveland, Utah, Chicago and the L.A. Lakers before retiring in 2015.

The younger Boozer showed flashes of promise in college at Iowa State, but suffered an ACL tear as a junior in 2010 and has bounced around minor leagues since then.

“He’s a combo guard who can set up his teammates and score,” his Carlos told the Chicago Tribune in 2014, when Charles played with the Windy City Bulls of the NBA G League.

“He’s a great defender, very athletic. And he has great wisdom.”

Now with London, at age 32, Charles will have what may be his final attempt at a sustainable pro career.

He was selected third overall in the 2018 National Basketball League of Canada (NBLC)’s Cape Breton Highlanders but reportedly pulled a muscle in the first week of training camp and was subsequently cut.

“We couldn’t see much of him, but he’s a great player,” Highlanders coach Bernardo Fitz-Gonzales told the Cape Breton Post at the time.

London coach Doug Plumb, a former star guard at the University of British Columbia, said the younger Boozer is now in the best shape of his life.

“Charles has worked extremely hard this off-season,” Plumb said in a statement.“He is a bigger powerful guard, can guard multiple positions on the court and has a versatile skill set.

“I’m looking forward to seeing his off-season work translate to the court and bring fire and tenacity every day.”

London has won four championships since the NBLC launched eight years ago, but exited in the first round of the playoffs last season.

Must Read:
SkyHawks Overcome Power for Another Win at Home

They’ll rely in part on guard Xavier Moon, 2019 Player of the Year with the Edmonton Stingers of the Canadian Elite Basketball League, to help them return to form.

As he always has, Charles Boozer will try to make his mark while answering questions about his more famous older brother.

“I’m excited to put on the Lightning uniform and help elevate the tradition of excellence,” he said in a statement. “It’s going to be a special season.”