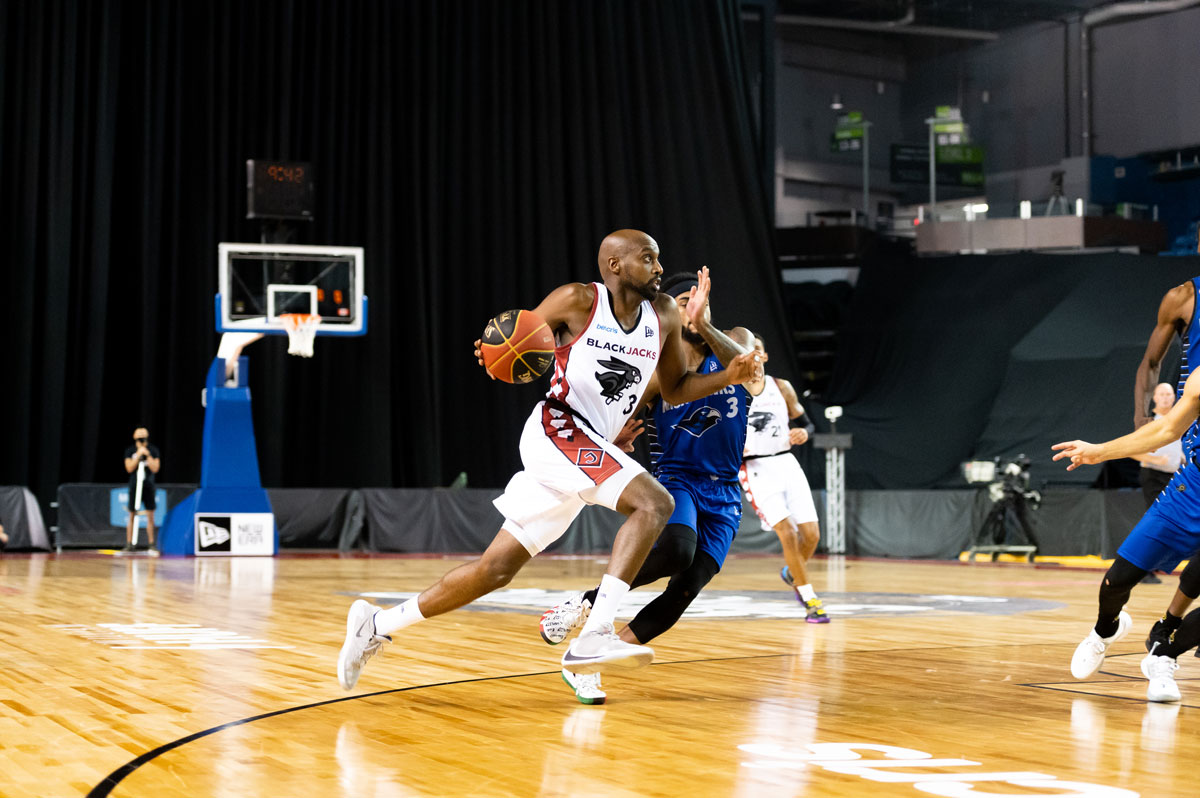 Despite advancing to the semifinals of the CEBL Summer Series last season as an expansion franchise, the Ottawa BlackJacks did not see cause for celebration.

Instead, Ottawa embarked on a busy offseason that began with the notable hiring of Jevohn Shepherd and Andy Rautins as general manager and assistant general manager, respectively.

From there, the pair of former Canadian national team members hired a new coach and overhauled the roster ahead of the Canadian Elite Basketball League’s third season which is scheduled to begin on June 24.

“We wanted to come in and we wanted results immediately,” says Rautins. “We wanted to keep some of the core the same, but at the same time, we wanted to do the best job possible to bring in the guys that we deemed ready to win.

“We assembled a roster with high character guys first and talent second. I think that’s what you have to do to build a successful team.”

Not far removed from a successful playing career both in North America and overseas, Rautins, 34, has quickly embraced the next phase of his basketball journey with the BlackJacks.

“It’s been an amazing experience and I’m very humbled to be a part of this organization,” Rautins said. “It’s gone about as seamlessly as it can given the fact that we’re still in a pandemic, doing a lot of this long distance.

“[Team president Michael Cvitkovic] and Jevohn have made my job really easy. I think we all have a really great chemistry across the board. So putting the team together has been fun and we’re really looking forward to getting the season started.”

When the BlackJacks face the Niagara River Lions in the opener for both clubs, Ottawa’s revamped roster will feature some familiar names in Junior Cadougan, Kyle Johnson, and Joel Friesen along with returning sharpshooter Johnny Berhanemeskel.

For Johnson, who recently returned from a professional stint with Njardvik in Iceland, signing with Ottawa was an easy decision.

“I really like what the organization is doing with Jevohn and Andy. I’m excited. I think it’s a perfect fit for me and I’m just looking forward to it.”

It is clear that Johnson has a high level of respect for both Shepherd and Rautins.

“I just like what they’ve got going on – some guys that I can lean on for experience and for basketball, for life and stuff,” Johnson said.

Clearly the feelings are mutual between Johnson and the BlackJacks.

“I’ve had the chance to work out with [Johnson] a few times, and he’s just a great guy,” says Rautins. “He’s a locker room guy and I think that’s what we pride ourselves on and build our foundation on is just having really high character guys and he fits the bill.”

As the BlackJacks now set their sights on improvement over last season, the recipe for success sounds pretty simple.