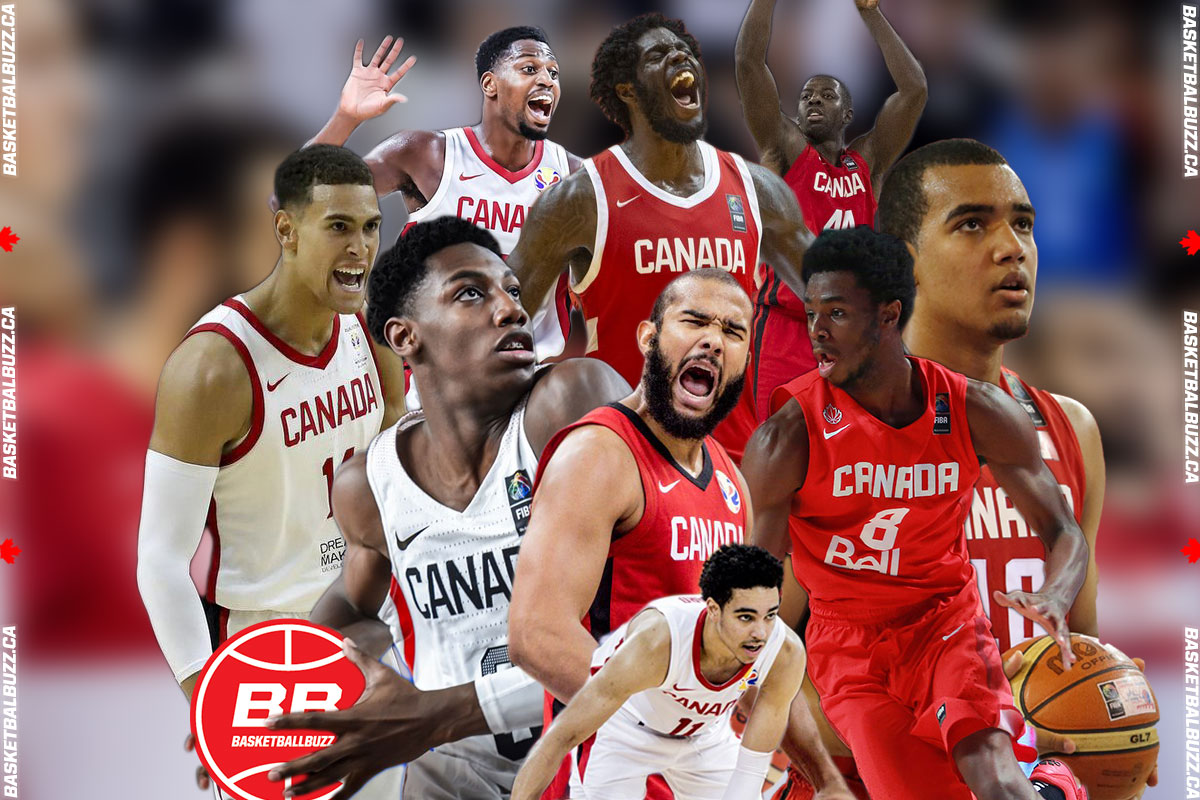 Two weeks away from one of the most significant basketball tournaments in the history of the senior men’s national program, Team Canada kicked-off Training Camp in Tampa Bay Florida with a slightly revamped 19-player roster.

In their quest to end a twenty-year Summer Olympic basketball drought, Canada will rely on a experienced and committed roster that is loaded and ready to put Canadian basketball back into the top echelon of the international game.

According to Rowan Barrett, Canada Basketball’s General Manager, the players who are selected to the final twelve-men roster will have to be committed to the team for a seven-weeks.

“Our main focus is, we need to build a team, a team that can play and perform together and it’s not necessarily about having twelve (12) all-stars, it’s about making the best team that you can make, it’s not an all-star competition.” added Barrett during his press conference.

Importance of building a core group of players

Canadian head coach Nick Nurse alluded to the importance of building a culture that emphasizes a long-term approach around the national team — much like some European and South American powerhouses that have had the same core group of players suit-up for major international competitions.

“We got to get that core started here, we got to get a group that…you know international basketball, these guys… I shake my head, I’m looking at teams that are in the Olympics, it’s the same bunch, the same guys that I coached against in 2012. All the same guys, you know, still playing with the same… You know, that’s a long time ago now. So there is a core of guys that grow with it and go, and that’s…we can say, well don’t have that, well were starting to build that, we need to build that.”

With no exhibition games scheduled prior to the upcoming 2020 FIBA Olympics Qualifying Tournament in Victoria, the quick eight-day training camp (June 16-24) will be vital for Nurse, and its recently announced coaching staff. Nurse will be joined on the sidelines alongside recently released Indiana Pacers’ head coach Nate Bjorkgren, Associate head coach Gordie Herbert, Hornets assistant Nate Mitchell, Jon Goodwillie, Michael Meeks. Others include John Corbacio as an advanced scout and former Cleveland Cavaliers head coach David Blatt as a consultant.

From a continuity perspective, and despite all the missing NBA talent, Canada still remains on track to field arguably its most complete roster for an international event. The long-awaited debut of Canada’s golden basketball generation will begin its journey on home soil, and is expected to be the butterfly effect that sets the initial conditions for future generations to come.

With limited roster spots available tough decisions will be made, expect the Canadian coaching staff to reward and rely on a core group of players that not only have paid their dues but also represent Canada’s best shot at getting back to the Olympics.

Amongst the core group of experienced players expected to make the cut and help Canada qualify is Dallas Mavericks forward Dwight Powell. The Toronto native made his debut with the national team in 2015 and is just one of five players who were with the senior men’s team as it failed to reach the 2016 Rio Olympics.

“There are very few opportunities as a quote on quote civilian to represent your country on a international scale. Its a rare, unique and an honor to really have that opportunity. Its kinda hard to put it into words what it means exactly, because its something that I think is understood from a young age, its a goal, its a privilege, its an honor and its something that very few people get opportunity to do.” discussed Powell during the his press conference.

Slotted in Group A alongside Greece and China, Canada will kick off the six-team 2020 FIBA Olympics Qualifying Tournament against a tough Greek team on Tuesday, June 29th. Team Canada will play an experienced Chinese team on June 30th. Group B features Turkey, Czech Republic and Uruguay.

Canada will have to win out the tournament to earn one of the four final Olympics spots that are available via FIBA’s last change qualifying system.

Additionally, should the team win the FIBA Olympic qualifier in Victoria and qualify for the Olympics, Team Canada will relocate to Hawaii to help acclimate players and staff with a relatively closer timezone to that of Tokyo, Japan.