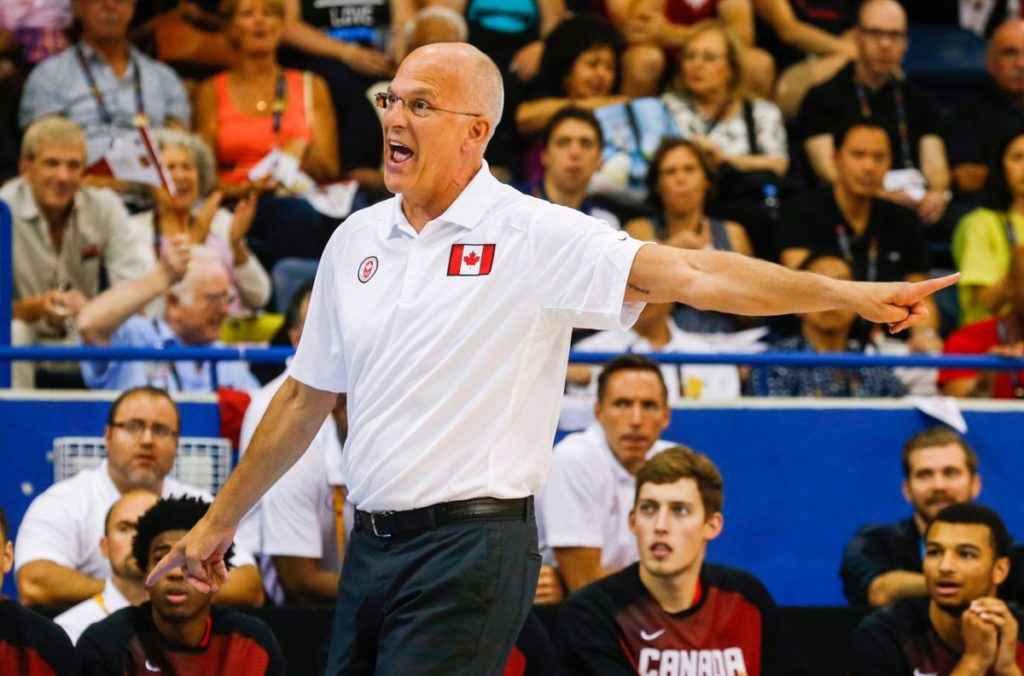 Jay Triano has officially stepped down as the head coach of Canada’s senior men’s national team.

Canada Basketball made the announcement this morning, confirming media reports that circulated on Sunday.

“I can’t thank Jay enough for all he has done for basketball in Canada,” said Glen Grunwald, president and CEO of Canada Basketball, in a statement.

“As both a coach and player, Jay is a Canadian icon and has played a major role in the development of basketball within our country and we will forever be grateful for his contributions.

“After speaking with Jay, I’m hopeful we can find a role where he can continue to contribute to Canada Basketball in the future.”

Triano is the first Canadian-born and Canadian-trained coach to work in the NBA, starting as an assistant with the Toronto Raptors in 2002 and later promoted to head coach.

He is currently the lead assistant coach with the NBA’s Charlotte Hornets.

As head coach of Canada’s national team from 1998 to 2004, Triano led the team to a seventh-place finish at the 2000 Olympic Summer Games in Sydney, Australia.

Canada has not returned to the Olympics since then, but it figures to be a contender to play at the 2020 Games in Tokyo.

Triano returned as head coach in 2012, guiding the club to a pair of victories during the FIBA Basketball World Cup 2019 Americas Qualifiers.

As a player, Triano served with Canada’s national team from 1977 to 1988 and was team captain for the final seven years of his tenure.

He was elected to the Canadian Basketball Hall of Fame in 1993.

Ryerson University head coach Roy Rana is among three other candidates being granted interviews to replace Triano, according to Sportsnet’s Michael Grange.

The other candidates are Gord Herbert, who played for Canada at the 1984 Olympics; and Ettore Messina, an assistant with the San Antonio Spurs.

A final decision is expected by March 31.

Multiple reports say Triano cited “personal reasons” for taking his name out of the running, but he did not elaborate.

Team Canada’s next major test will be the 2019 FIBA World Cup, starting Aug. 31 in China.

Triano steps aside at a high point in Canadian basketball, with dozens of players in the NBA and at elite NCAA schools, including Barrett’s son R.J. Barrett, a Duke University standout who is projected to be a lottery pick in the 2019 NBA Draft.