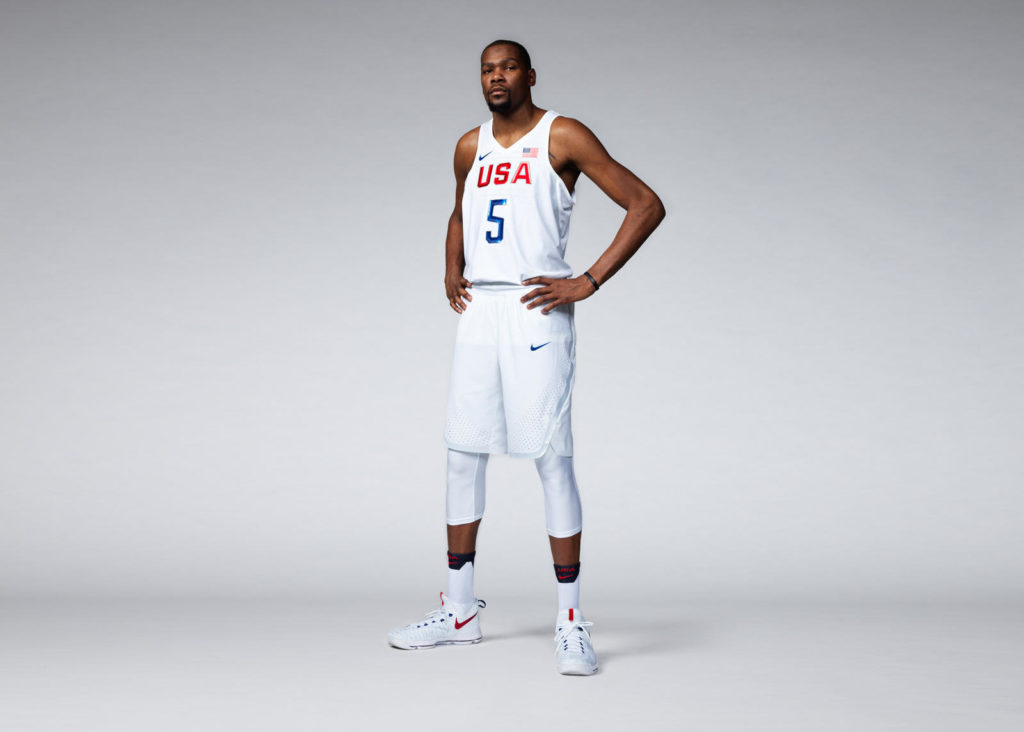 Nike Team Usa Just Do It For 2016 Rio Olympic Games

Are you ready for Brazil?

Oklahoma City Thunder superstar Kevin Durant is and you’re going to go nuts over this new uniform like your favourite team just signed this Summers number one, sought after free agent pick.

One team were there is little, if any doubt if the OKC franchise face will suit up for them this off-season is Team USA, as the global ambassador Durant debuted the new jerseys he will be wearing come the end of his season of Thunder.

How is he or the womens team and reigning WNBA MVP Elena Delle Donne not going to captain and lead their America teams to glory in South America for the 2016 Olympic Games basketball tournament in Rio De Janerio, Brazil? After all the Chicago Sky All-Star joined K.D. as Nike’s male and female flagship hoop hero athletes waving the flag and wearing the Team U.S.A. new colours at a Nike innovation event in New York City. Fitting these new uniforms as perfectly as they would any team.

And these duds are anything but as this court clothing enters the carnival of the United States of America’s neighboring country. This is for U.S…as ironic as that sounds coming from am article on a Canadian site wrote by a writer from England. But then again this is the closest any Brit or Canuck will get to something gold for the next five ring tournament unless Steve Nash comes back out of retirement.

As Durant and Delle Donne carry the torch, along with their names on their back, but more importantly the name of their country in crimson classic American typography font on the chest thumping front, there’s more between the stitches and seams of what will take to the wood and grain.

With revolutionary Aeroswift and Flynet technology round the waist it’s not just the look of these paper pure white uniforms that are stripped down. This amazing apparel is 35% lighter and more breathable than what Team USA wore in the 2012 Olympic Games in London, England. Meaning that cranes like Kevin and Elle will fly down court like paper planes as they make more baskets than screwed up wastepaper. As they rack up the numbers you don’t have to look at the box-score to see them glow with these new redesigned tops with shiny digits.

And did you check the cleats these athletes will be rocking? They are even court squeaking cleaner!

Nike are still doing it!

Just you watch the air up there! It’s about to go down!

United We Stand…Divided We Fall!