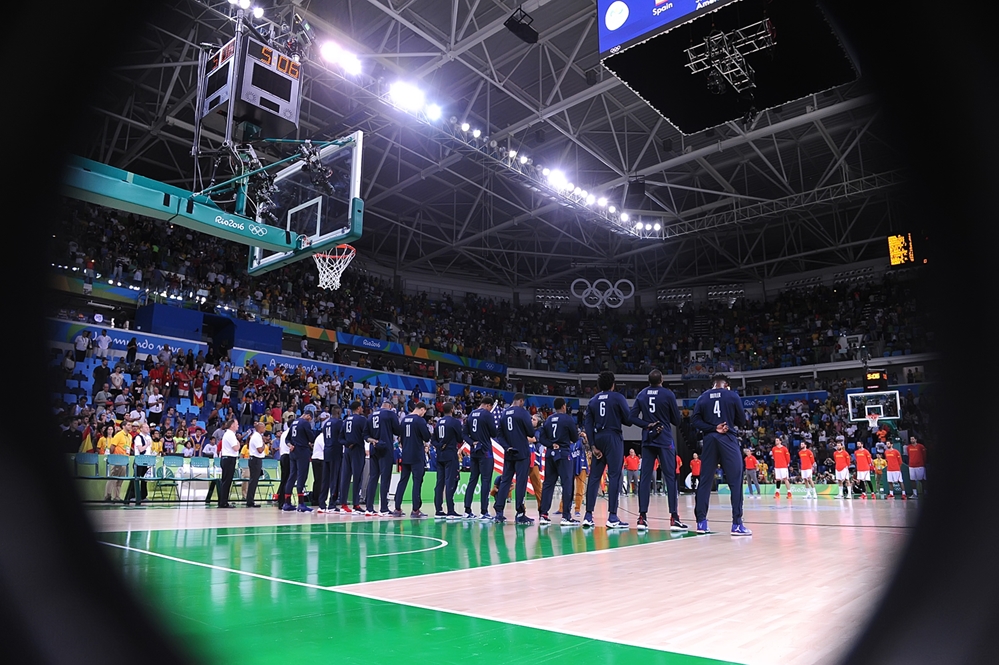 The Many Problems Facing The USMNT

Since the 2004 debacle in Athens, Greece, the United States men’s basketball team has looked better than the Monstars in Space Jam.

However, it looks as if their 12-year run of invincibility in Olympic play will come to an end, based on recent history, and the many problems this team is facing.

Recent history shows that the knockout stage is far more difficult than the group stage because the competition is left with the eight best teams. The pressure mounts, and each time a game ends, a nation is going home while the other continues on its quest for gold.

So, if the Redeem Team and the “second” Dream Team had this much trouble once the competition got stiffer, we can only imagine what will happen with this bunch.

The 2016 squad is obviously loaded with talent, but they, still, have not gel together. They look more like 12 supremely talented players waiting for their turn to shine on the wooden floor, as oppose to one dominant team stomping on everyone on their quest to Olympic supremacy.

In tight games, the United States don’t have a point guard who can deliver with smart play. Kyrie Irving is a great player, but he tends to be a bit reckless in close contests while Kyle Lowry has not shown yet, he can consistently be a clutch performer on both ends of the floor.

Kevin Durant is facing the same criticism he faced in recent years with the Oklahoma City Thunder, which is that he tends to shy away from his responsibility as the clear cut best player on the team. Carmelo Anthony is the leader, but at this stage in their careers, this is Kevin Durant’s team, and he needs to fulfill his role as the man in command.

Klay Thompson struggled, mightily, in the first four games, shooting an abysmal 4 for 26, but against France, he made it rain. Thompson poured in 30 points, including seven threes to guide the United States to a 100-97 win. The Splash Brother has redeemed himself, a little bit, but how long will it last? If he has another poor outing, it will be time for Coach Krzyzewski to bench him in favor of Jimmy Butler.

Another problem facing the United States’ men’s team is their poor defense. Carmelo Anthony, DeMarcus Cousins, and Kyrie Irving are known for their offensive brilliance, and their lack of defense, and it is beginning to show.

The 2008, and 2012 Olympic teams were stacked with great defenders, which hid one-way players like Carmelo Anthony. When you can have Chris Paul, LeBron James, and Dwight Howard together on the court, it will be difficult to score for anybody.

Coach Krzyzewski has some defensive specialists on the squad such as Paul George, Jimmy Butler, Draymond Green, and DeAndre Jordan. But, they have not played a lot since the beginning of the tournament. It is difficult to imagine Coach Krzyzewski changing his philosophy on the fly, but it might be his best option.

The big men are having a lot of difficulty making their presence felt on these Games. DeAdre Jordan, still, can’t shoot free throws to save his life, DeMarcus Cousins is having a hard time adjusting to international referees, and playing style, therefore Draymond Green is Coach Krzyzewski’s last option, but thus far, he has not played much.

Could Coach Krzyzewski’s change his starting five for a more defensive minded team, and, even, shake up his shooters? Kyle Lowry, Jimmy Butler, Paul George, Kevin Durant, and Draymond Green is, still, an impressive starting five. But, at this point in the tournament, the majority of these players have not played a lot of minutes.

Must Read:
Spain continue to set the EuroBasket Gold standard 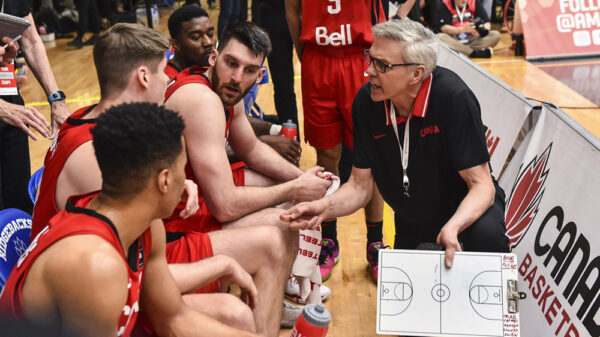 Canada Basketball was fined $227, 382 dollars and sanctioned by FIBA for falling to participate at the AmeriCup 2022 Qualifiers in November 2020.