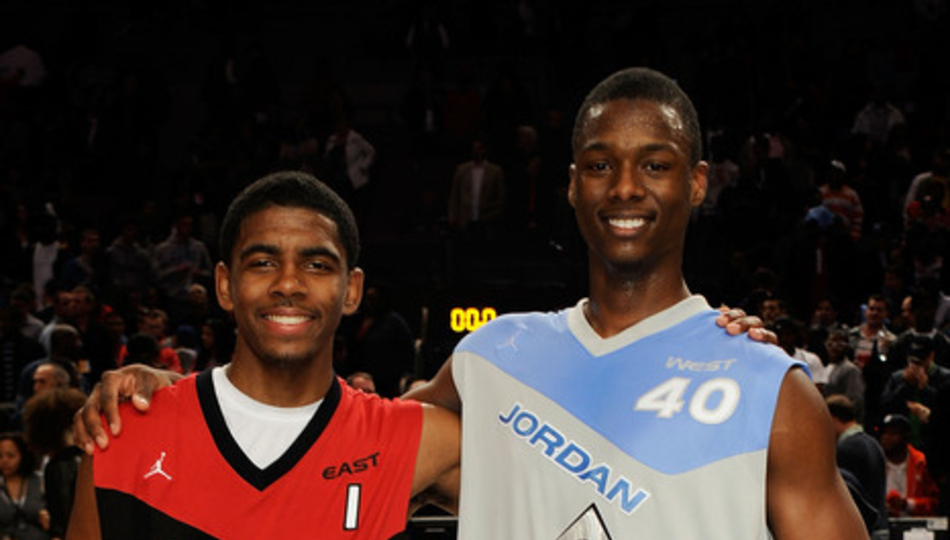 A highlight of the evening was college announcements in front of the Madison Square Garden crowd and national ESPN television audience from Josh Selby (Baltimore, MD) who committed to Kansas and New York City native Doron Lamb (Mouth of Wilson, VA), who announced that he will be attending Kentucky in the fall.

“This year’s Jordan Brand Classic marked another successful showcase of the top high school basketball players from all corners of the world and exciting musical entertainment,” said Keith Houlemard, President of Jordan Brand. “Madison Square Garden has hosted so many great legendary moments in the history of basketball and we are proud to use it as a platform to introduce the next stars of the game.”

The Jordan Brand Classic is an annual showcase of the top high school basketball players in the country, throughout the New York City region and internationally. The evening began with the Regional Game, as the Suburban All-Stars defeated the City All-Stars 137-133, led by co-Most Valuable Player Derrick Williams (St. Anthony High School/Jersey City, NJ/Richmond) with 19 points. He was joined by co-MVP Ryan Rhoomes (Cardozo High School/Bayside, NY/Undecided) who had 26 points and 10 rebounds. The third annual International game was highlighted by Malik Muller (Germany) with 21 points and five rebounds and Duane Notice (Canada) with 23 points and eight rebounds.