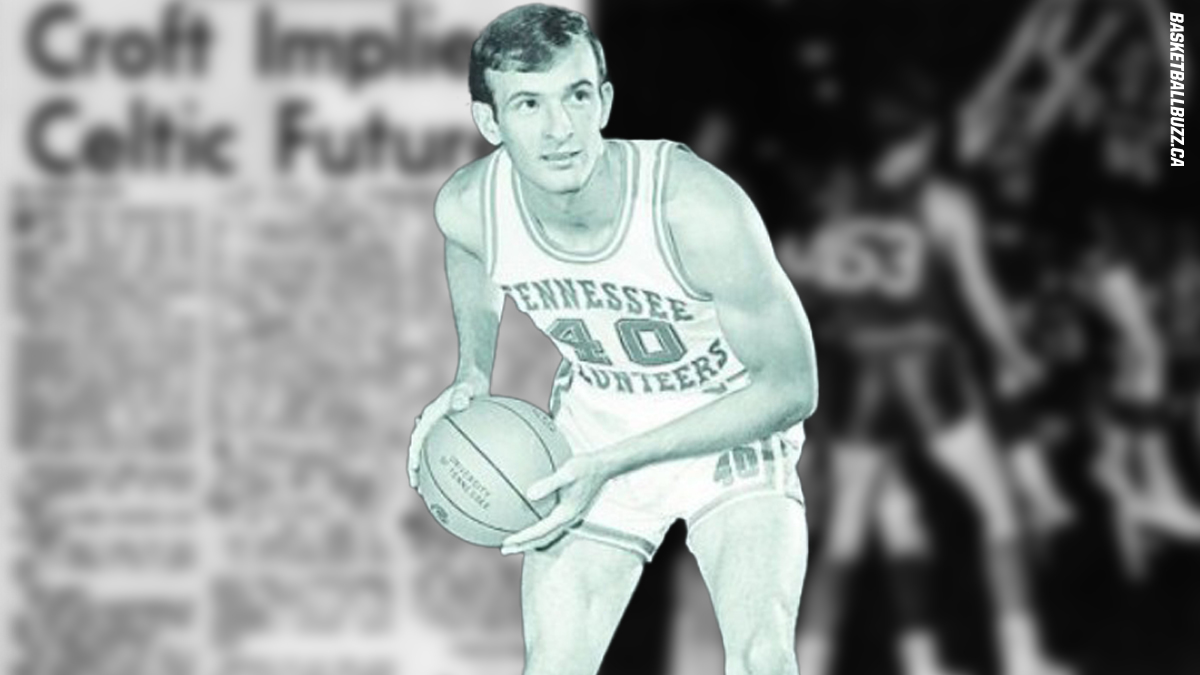 It is hard to believe that Bobby Croft is not a member of the Canadian Basketball Hall of Fame.

This is in part due to the nomination process.

His resume is impressive to say the least.

As a Grade 11 student from Hamilton’s Hill Park Secondary School, he made the Canadian senior men’s national basketball squad.

“I made the team I don’t know how. We went to South America for some games,” said the 6-foot-10 Croft in an interview with this scribe a few years back.

This was Canada’s first ever national team composed of players from coast-to-coast-to-coast as previous squads were made up of the senior national men’s champion and a few additions.

Coached by Stuart Aberdeen, former coach of the Axemen at Acadia University in Wolfville, N.S., Croft landed a scholarship at the University of Tennessee two years later. Aberdeen would follow as an assistant coach with the team.

“Coming from Canada I had to learn basketball all over again.”

“I had excellent coaching at Hill Park, but when I got to Tennessee they made me change everything,” he told the Hamilton Spectator in 1995. “I hadn’t had specific coaching about my position. It was frustrating being yelled at every day. But I wanted to make it really bad so I could show that Canadians were a good basketball commodity.”

He also found time to lace up the sneakers for Canada at the 1967 Pan Am Games.

“I remember playing at the 1967 Pan Am Games in Winnipeg but I was not in great shape,” recalled Croft. “I am not proud of that time. I gave up running and I didn’t contribute what I should have.”

Croft would once again have a great season shooting .559% field goal percentages, 15.2 points per game and 8.9 rebounds per game

At the 1969 National Invitational Tournament, Croft had 21 point and 8 rebounds in a 67-51 win over Rutgers.

It was after this performance that Boston Celtics legendary coach Red Auerbach made his comment about Croft: “Croft is the top pro prospect in the country (USA).”

“He’s a good shooter,” Haywood Harris, the sports information director for the Vols told the Montreal Gazette in 1970. “His outside shooting is great and he’s real good on the boards. He can be tough and he’s a good jumper.”

Croft now 22 years-of-age and married with two children, decided to enter the ranks of the ABA, signing with the Kentucky Colonels for $30,000 plus a $10,000 bonus.

“Red Auerbach called me several times about coming to the Celtics but the ABA offered more money. If l had done it over again I would have gone with Mr. Auerbach. He would have given me more time to develop. It was the biggest mistake of my life”

Must Read:
In Loving Memory Of The Commissioner

He would play only one season in the ABA with 33 games as part of the Kentucky Colonels and 29 games for the Texas Chaparrals, averaging 5.0 points per game and 3.5 rebounds per game while playing nearly 14 minutes per game.

Of the trade to Texas he recalled: “We had just played against Dallas and on the flight home they said you have to pick up your final cheque when you get home. They had sold my contract to get Artis Gilmore. It was wild and crazy in the ABA.”

Croft would be one of the last cuts of the Milwaukee Bucks going head-to-head with Lew Alcindor in 1971-1972.

“He (Alcindor, who would later change his name to Kareem Abdul Jabbar) put a move on me that I can remember to this day. It’s a one-on-one and he was coming down the court. He was dribbling the ball with his right hand and lifted it with one hand, took it around, ball faked away, and then when up and dunked it.”

Croft would have a cup of coffee playing pro in Naples, Italy and then Mexico, returning to Canada and retiring at the age of 24.