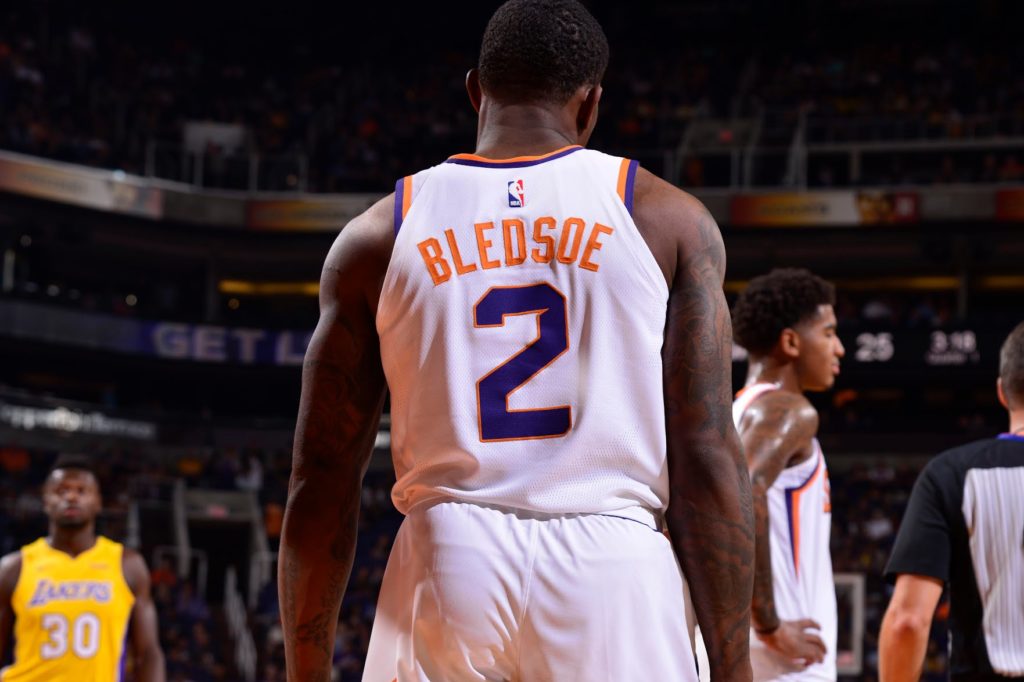 Faster than you can send a tweet saying how you “don’t wanna be here” whilst “shopping with your girlfriend” and lose both your coach (fired former Suns guard Earl Watson) and more money than most would see in a years salary (10K), not to mention an argument with your beau, Eric Bledsoe has found himself in a whole new city with a whole new team.

I hear Milwaukee has nice malls for the rest of your money.

Or should we say Bucks?

After losing the star making likes of OJ Mayo to suspension, Jabari Parker to injury and Michael Carter-Williams to locker room cleaning out, the Greek Freak Giannis Antetokounmpo finally has some help in grass green and antler white. Not that the do it all alphabet really needs it. But now he has it in the perfect partner for his dynamite dynamic duo that the Bucks hope pays off with Parker’s return into a Jabari big-three.

The Buccaneers are really rolling and running now behind two fast-break Westbrook like, statistical dunking machines. At his best Bledsoe averages 20 and 6 whilst drawing manned up double teams and strong-armed LeBron comparisons. The Greek God needed Eric too last night as his 40 points weren’t enough to topple the Kings 35 and all The Lands men as the Bucks were steered 124-119 on the road by the Cavaliers.

But on the same day Giannis just signed a signature multi-year deal with Nike, Milwaukee just did it and signed a scorching scorer of a Sun that was just allowed to walk from Arizona. Rising up from Phoenix with his pockets a little lighter but his playoff promise much brighter this is a Paul George like move of thunderous proportions that could spell reign for the rest of the cities in the L. But the losing Phoenix Suns aren’t left dry. Milwaukee bled to get Bledsoe. In the form of two future 2018 draft picks and more importantly their big 2016 free agent acquisition from Detroit, Greg Monroe. Who translated into across the board averages of 13.3 points, 7.6 rebounds and 2.2 assists that will compliment Phoenix point puncher Devin Booker perfectly like hot sauce and wings. And Milwaukee still have a talented big in the making on their books in sophomore sensation Thon Maker.

Must Read:
Can D-Rose Really Change The Knicks?

But more importantly the shopping can wait with this trade and team you can already tell that Eric Bledsoe wants to be here as a deer…no fear.

You can count your Bucks on it.