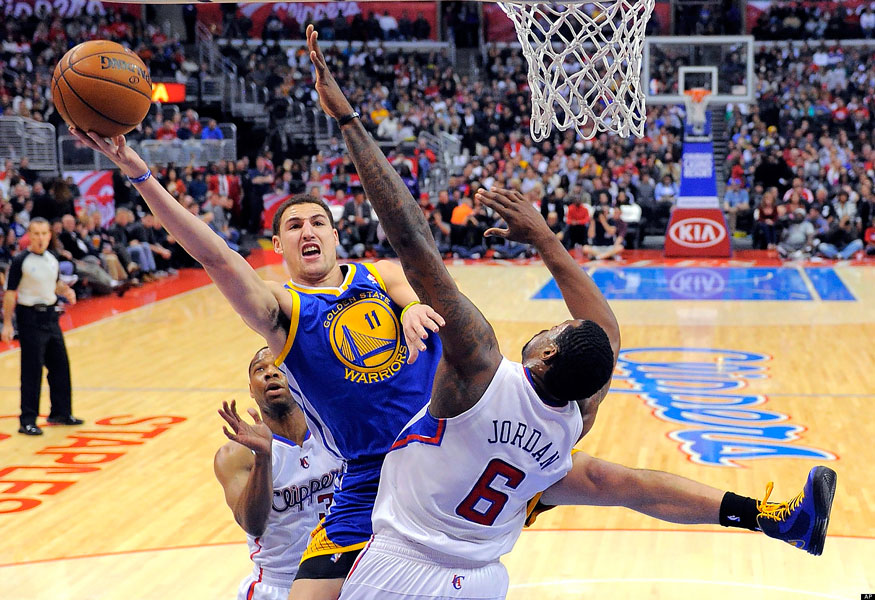 It was all different just a week ago!

The 2014/2015 NBA season was yet to begin and all we had was hype and predictions. Some all too real, to some really not all they seemed. From Kobe’s lost Lakers to LeBron’s long walk to the throne. Still amongst all the new games and fame two names would rise to the top in a week that was just your cream for things to come.

LeBron may be gone but the three-zip starting future of the new Miami Heat looks as promising as their new trio of Luol Deng, Danny Granger and Josh McRoberts. Thanks to big three leftovers Dwyane Wade and Chris Bosh this team still feels like the one. The former Toronto Raptor star Chris Bosh is breaking back out to the big individual player he always was. Putting up bigger numbers than the boards he pulls down he’s heating up the team he leads. Miami are now powered by Bosh. Right now do you think they or he are even missing the king?

Meanwhile across the bridge in Golden State a new Warrior is fighting fit and proving hotter than Curry. Stephen’s ‘Splash Brother’ and best back-court in the association partner, Klay Thompson is really molding into more than a ‘Most Improved Player’ award drenching the bucket. He’s the West MVP of the week to Bosh’s Eastern Conference best of the last seven working days. I mean did you see that hammer nailed over Robin Lopez? He’s more than the prolific threes that rain as much as Steph’s. Still when he’s pouring and scoring he can torch anybody. Just ask Kobe! He’s tired of being asked everything else.

In this article:Chris Bosh, Klay Thompson