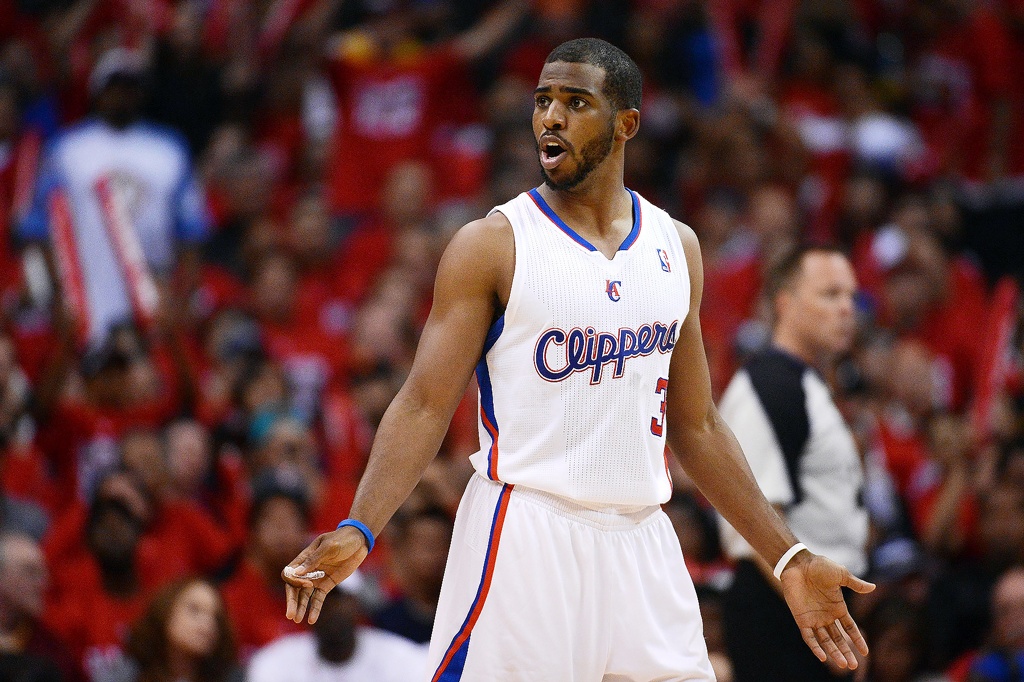 CP3 Done With LAC, Next Move?

Despite their inglorious history, this may have been the worst week in Clippers’ history. Actually, you can include the entire regular season. It began when Blake Griffin got injured on Christmas Day against the woeful Lakers, and will end in the coming days when Portland eliminates the Clippers from the post-season.

On Christmas Day, Blake Griffin partially tore a tendon in his quadriceps. Originally, he was supposed to miss approximately two weeks but he ended up missing close to four months. It should be noted that while recovering from his quad injury, Blake broke his hand by punching, not once but twice, an equipment manager of the Clippers.

Shockingly the Los Angeles Clippers thrived without Griffin (28-14) en route to a 45-27 regular record, which coincided with his highly anticipated return just before the 2016 NBA Playoffs began. It seemed that for once destiny would be on the Clippers’ side.

But it all fell apart when both Chris Paul and Blake Griffin got injured during Game 4 of their first-round series against the Portland Trail Blazers. What makes this news even more heartbreaking for the players and their fans is that it came shortly after learning that reigning league MVP Stephen Curry, of the arch-rival Golden State Warriors, was out with an injury and the two teams seemed on a collision path to meet each other.

But fate had other plans. But where does this leave us with the Chris Paul-Blake Griffin experiment in Los Angeles?

Blake Griffin was drafted 1st overall in 2009, and while his contribution to the Clippers is warrant of his draft selection, he has began experiencing life in the shadows of one of his draft mates, Stephen Curry who went 9th overall to the Warriors.

Griffin missed his rookie season (2009) due to injuries, but as soon as stepped up on the court he became an instant sensation. He was famous for dunking. And still is. But the Clippers were not winners, yet.

Must Read:
There's Something Wrong With The NBA Right Now

So, during the 2011 NBA season the other basketball team in Los Angeles made a deal with New Orleans to acquire their All-Star point guard.

Since that trade, the Clippers have vaulted from a laughingstock to a perennial contender. Sounds perfect, right? Except that its not.

Teams with a history of losing tend to have weak psyches. Their fan base tends to have weaker psyches. This is a sad story of a “cursed” franchise that can never catch a break, similar to the Cubs in baseball or the Bills in the NFL.

What can go wrong will go wrong.

For all the glorious talk and pizzazz surrounding the Clippers throughout the regular season, the talk of “chocking”, “big moments”, “Lakers-town” come back to haunt them in the playoffs.

The Clippers qualified for the post-season every year in the Chris Paul-era except for 2011, however, their shortcomings in that span is what has people jazzing about them.

The franchise moved to Los Angeles in 1984-85, from that year to 2011, the Clippers had two winning seasons (1991-92 and 2005-06), while since signing Paul they’ve had five, including four-consecutive 50-wins seasons. But right or wrong, nobody remembers regular season success. Greatness is measured in the post season.

In those five years, they have four trips to the playoffs and twice they have gone past the first round.

It is not even a case of the owner’s personal feelings towards a player or coach is getting in the way of basketball operations. The Clippers’ front office has made every move possible to put the team in the best situation possible as they compete for an NBA championship.

They have had two very good coaches in Vinny Del Negro (2011-12, 2012-13) and Doc Rivers, a former NBA champion with the Boston Celtics, for the last three seasons. They listened to Griffin’s demands to sign DeAndre Jordan to a long-term deal. They signed veteran players such as Chauncey Billups, Mo Williams, Caron Butler, Josh Smith and Paul Pierce to provide leadership, secondary roles and playoff experience but nothing has worked.

So, after five great years of regular season success but lousy playoff performances, is it time to breakup the Clippers? Yes, it is.

They need to give Chris Paul a chance to win a title he has desperately chased throughout his legendary career.

The most talk about solution is a blockbuster trade that would send Chris Paul to the Cleveland Cavaliers in exchange for Kyrie Irving. Can you imagine lineups featuring Chris Paul-LeBron James-(and possibly) Kevin Love in Cleveland, and Kyrie Irving-Blake Griffin-DeAndre Jordan in Los Angeles…. This just sounds amazing.

But, I must say, speaking as a Dallas Mavericks fan I would love to see Chris Paul orchestrating the show in Big D.

For years, the point guard spot has plagued the Mavericks and been the biggest reason behind their struggles, especially in the playoffs. When you consider who the other point guards are in the Western Conference – Stephen Curry, Damian Lillard, Tony Parker, Patty Mills, Russell Westbrook, Ricky Rubio, and Mike Conley among others, Chris Paul would instantly vault the Mavericks from maybe the worst starting point guard in the conference to the best? At the very least, top two or three.

Also, he would not have to do as much because Dirk is one of the best closers in basketball. He is also a hall of famer and does not shy away in the big moments, hence his ring. With talented players like Chandler Parsons and Wesley Matthews, the Mavericks would be instant contenders and if they were to win a ring, Chris Paul would not be seen as somebody who needed the best player of this generation to help him win it. This move would also show Dirk that the team is behind him to capture a second ring.