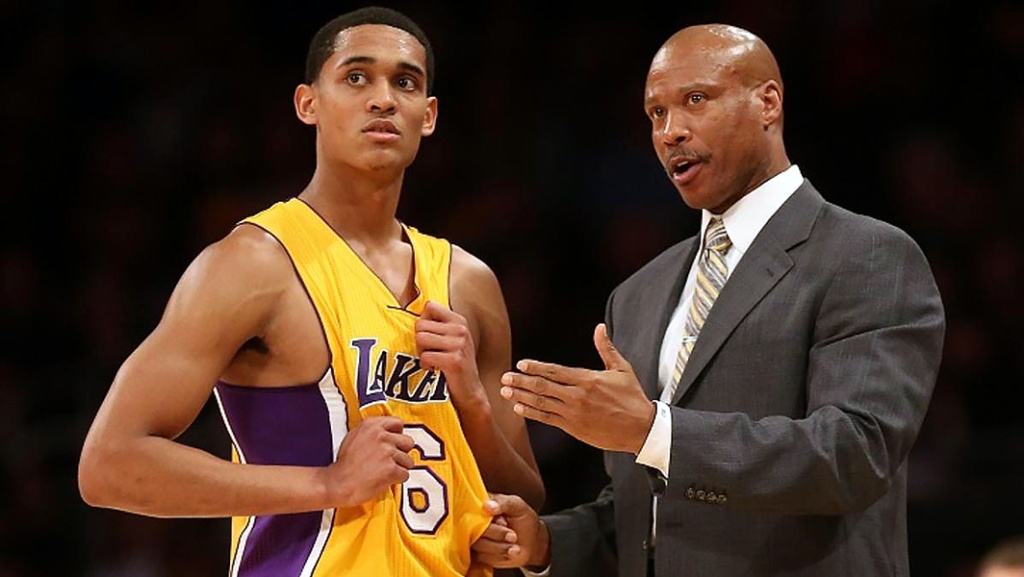 Kobe Bryant may be all but press conference confirmed done for the season, but the down and out Lakers are going to replace him with Jordan.

No don’t get your hopes up Lakers nation. The greatest basketball player of all-time is not coming out of retirement yet again. You can still find him in the Charlotte Hornets front office, no matter how much he wants to play.

We already tried that trick with big man Jordan Hill didn’t we?

We’re actually talking about rookie Jordan Clarkson. The kid who looked great in Summer league like those tournament, white sleeved jerseys. The rook who has proved to be a second round sleeper and between D-Fender, D-League stints and social media support from his fan-base is deserving more time off the pine.

So how fitting that J made his first start of the season in his hometown of San Antonio against the reigning champion, Texan Spurs?

The point and assist machine didn’t disappoint with a nice line of 11 points and 4 rebounds. Still from the Point position his led Lakers fell 99-85 to the West best Spurs. Still in a young, almost D-League line-up of Sacre, Ellington, another Jordan and Kelly (you should see when he stands next to Clarkson) this was more than a respectful score…it was a valiant effort.

Six man contender of the year Nick Young couldn’t swaggy plug the bucket draining of San An, but still the Lakers fought to the buzzer and red square. This new Jordan will certainly help in his time to shine, but after Jeremy Lin left the locker room immediately after receiving his first DNP-CD in years it seems the Lakers have more problems than Steve Nash and Julius Randle being joined by Kobe on the season done injured list.

Where’s a Hollywood ending when you need one?