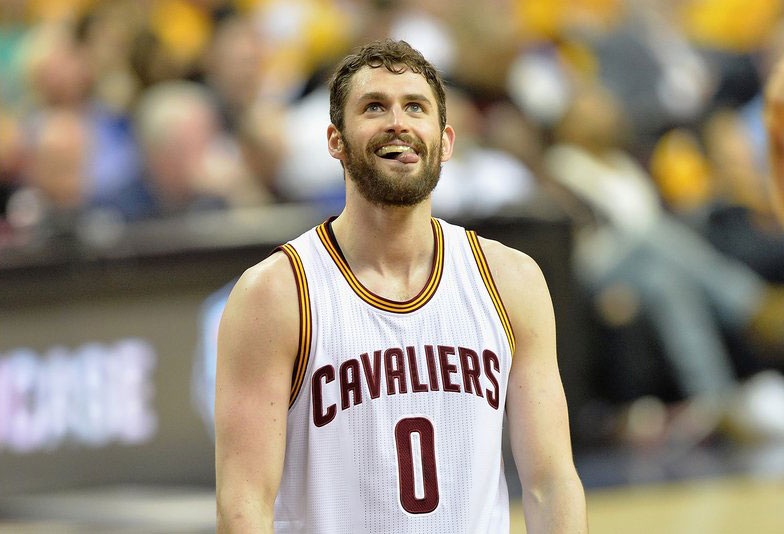 A year ago, the Cavaliers lost a hard-fought championship series to the Golden State Warriors. Many people believed that had Cleveland been healthy they would have captured that elusive title the city so desperately wanted, which sparked players in the organization to openly campaign for everyone’s return.

The biggest question loomed around Kevin Love, who had just gone through the hardest season of his career. During that season, many reports said that Love was looking for other options, he did not fit in with his teammates, and on the court he had no chemistry with them. But, still Love opted to stay because he was “All In.”

So owner Dan Gilbert, and General Manager David Griffin went to work with Jeff Schwartz, Kevin Love’s agent. The result was a five-years, 110 million dollars contract. A lofty contract for a player who saw his stat decrease the previous year, but it was for the greater good. It was all done for the championship.

However, as the grueling season wore on the players, and the fans, Love stood out due to his lackluster play. Time and time again, Kevin Love disappeared in big games.

What’s worse is that on (too) many occasions Head Coach Tyronn Lue benched Love in the fourth quarters of tight contests in favor of Tristan Thompson, Timofey Mozgov, or Iman Shumpert due to their prowess on the defensive side of the ball.

While the critics quieted during the first two rounds of the playoffs when Cleveland swept both Detroit and Atlanta, people got a first-hand look at Love’s makeup when things got tight in the Conference Finals against Toronto (games 3 and 4). In those two games, Love scored 13 total points and grabbed 11 total rebounds.

But, in the other four games, for blowout wins for the Cavaliers, Love scored 14, 19, 25, and 20. This series echoed the negative critics about Kevin Love, which say that when the game is tight, and the pressure mounts, he disappears.

Then, came the NBA Finals. A fantasy, star-studded rematch with the Golden State Warriors that had fans salivating at the matchup. Although Cleveland lost the opener 104-89, Love had a big game (17 points, 13 rebounds), but that was the beginning of the end.

In game 2, Cleveland was demolished 110-77, and Love finished with a mere 5 points and 3 rebounds before going down with a concussion. He was not cleared to play in game 3, which ended in a 120-90 rout of Golden State.

It was in the aftermath of game 3 that Cavaliers fans everywhere began campaigns against Kevin Love. Giles Debenham created a campaign on GoFundMe.com to pay Love 10 million dollars for him to sit out both games 6 and 7.

During the championship parade, LeBron James basically thrashed Kevin Love while trying to praise him.

Which leaves us here: where will Kevin Love play next season, now that he has won a championship?

Teams with cap space and championship aspirations could sign him as a secondary option on the offensive side of the ball, and a big presence down low who can rebound with the best of them.

If Love’s time in Cleveland has taught us one thing about him, it is that he can’t be the third wheel, but his time in Minnesota taught us that if he were the primary option you would have a hard time.

As of right now, the hottest rumors have him in Boston. But, don’t discount a return to his native Los Angeles.

For a man who stands at an impressive 6’10, 251lbs, Love is athletic, a good passer (but he is no LeBron James), a great rebounder, but his shot makes him unique. Most power forwards play close to the basket, but Love falls in the Dirk Nowitzki, Tim Duncan School of mid-range to long distance shooting.

He also fits in Golden State’s style of basketball, Houston, and Portland. He could also go to Miami, if Hassan Whiteside leaves. This will be a busy summer for the former all-star, but how much money did his poor season cost him?

It was just two years ago, that Kevin Love was universally recognized as the best power forward in the NBA, and now he is an afterthought. Will his ego demand a max contract, or will he understand that his value has greatly diminished?