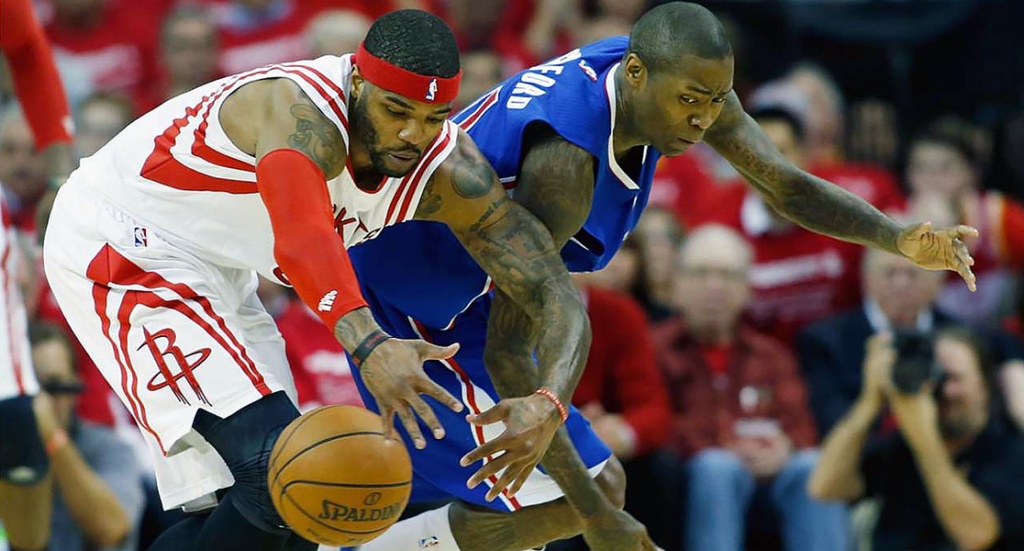 Number one with a dunk…the Los Angeles Clippers are back!

From contender to pretender and back again, the king franchise in the STAPLES of Los Angeles that denied the season before champs San Antonio their throne like the Lakers now look powerful enough to knock the champion Golden State Warriors off, going for their Californian crown.

First they swung a trade for troubled but tenacious, Lance Stephenson who could be the next star in this league and a big-three addition. Then they brought a Hall of Famer home in the form of Los Angeles born, Celtic raised Paul Pierce who will now be clutching big-shots and threes of his own off the bench. If that wasn’t enough, the Clippers also lured another Laker from across the lockers in talented, multi-positioned player of the future Wesley Johnson. Now losing Matt Barnes like the Lakers did to them years ago doesn’t seem so bad.

And then there was Jordan…

DeAndre looked like a Clips outcast. One of the premier free agents in a big man sought after market courted interest off almost everybody. So much so at one point Kobe reached out to grab a big Clipper back to his empty Laker lockers. But then Jordan gave his word to Cuban and Dallas, but it wasn’t bond for this Maverick to never be as the Clippers faithful threw a Hail Mary pitch to Jordan in the 11th hour. He caught it…ran it back home and now DeAndre is back where he belongs in Clipper nation.

Now all the controversy and shake up of a deal that was made as almost as big as a LeBron decision has died down, it’s time for the Clippers to go back to their winning ways. To some the ‘DeAndre-gate’ scandal was uglier than those new uniforms, but thread and newspaper clippings aside L.A’s number one franchise has never looked better.

That’s because they’ve added the final piece to already one of the best benches in the league which will surely compliment and complete their contention with a championship. The Clippers have floored the competition attracting another top free agent in high wire, athletic acrobatic act Josh Smith. A player with a decent shot but enough hop on the dunks and blocks to turn this microwave bench of guys like Glen Davis, Dahantay Jones, J.J. Reddick, Hero Turkoglu and Coach Doc’s son Austin Rivers nuclear.

Mr. Smith and his outstanding offensive output was one of the big factors for his former Houston leaving the Clippers in their Rocket fuel dust in the postseason. Now this offseason he brings his career lines of 15.1 points, 7.7 rebounds, 3.2 assists, 2.0 blocks and 1.3 steals in 33.6 minutes per game to the Clippers. Sure Rockets may soar higher than all these wings in L.A. But signing for the veterans minimum of 1.5 mill, this big name has left the galaxy of stars with a grounded deal that sees winning as more worthwhile than 0’s on a check. Expect more oohs in this city now however as this man lands in Los Angeles. They may as well replace those huge L.A.X. letters outside the airport to an L, O and B.

The signing of the 25th player in NBA history with over 10,000 points, 5,000 rebounds, 2,000 assists and 1,000 blocked shots looks to be the final boarding pass for the above pictured Jamal Crawford’s ticket out of Lob City. As you see the two star names battling above for the ball, Josh not Jamal will be the one coming away with the rock now. Handed to him by one of the greatest points in the league Chris Paul for him to dunk like Blake Griffin in the city these two Kemp and Payton, Kidd and K-Mart like players renamed as their own.

Now with this former Hawk-whose spent his last journeyman year between Pistons and Rockets finally finding a home for his dunks-it’s no contest! 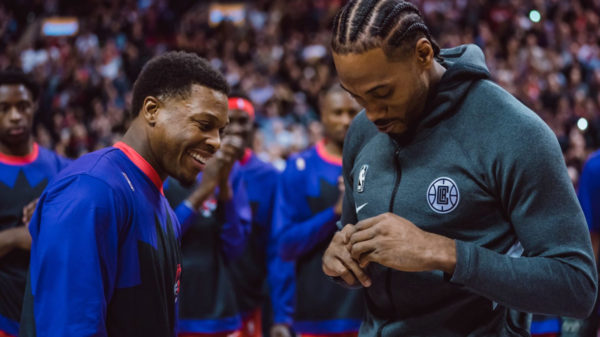 “What it do baby!” It may have taken longer than his Game 7 buzzer beating, playoff series winning shot against the Sixers, circling around... 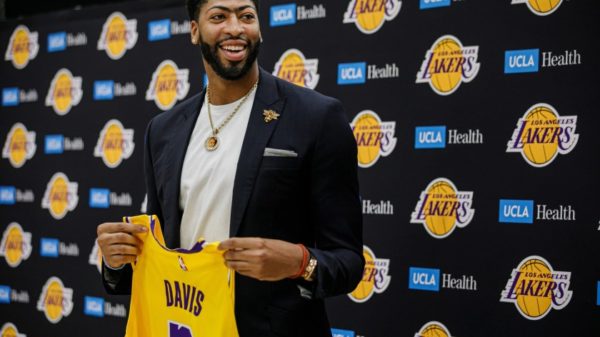 Northwest Division Portland Trailblazers Call it a bad shot all you like Paul, but by George Dame D.O.L.L.A was right on the money with... 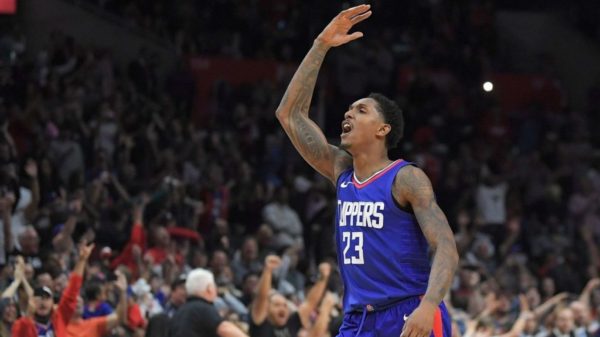 Lou Will is The 6 Man of All-Time

If you’re reading this too Drake… there’s no 6 Man like Lou Will. How sweet a sixth he is. Last year Lou was put... 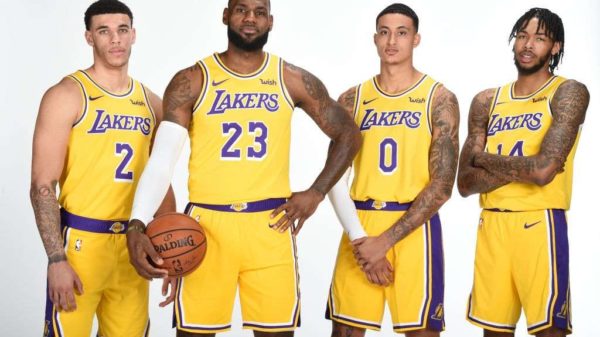 Northwest Division Portland Trail Blazers Portlandia! It’s about time Dame and C.J. got some help. Lillard and McCollum may be the best backcourt in... 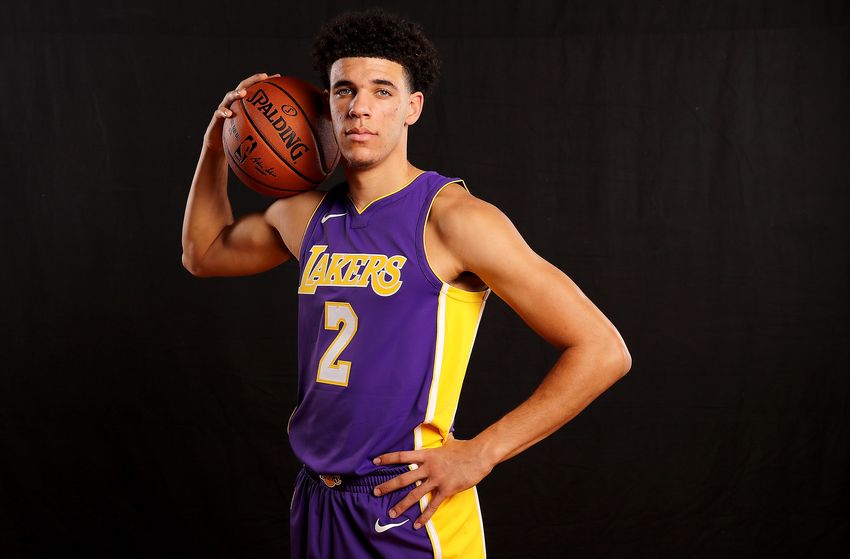 Northwest Division Portland Trail Blazers Dame D.O.L.L.A. may be in the studio rapping with Lil’Wayne right now for the follow up to ‘The Letter...