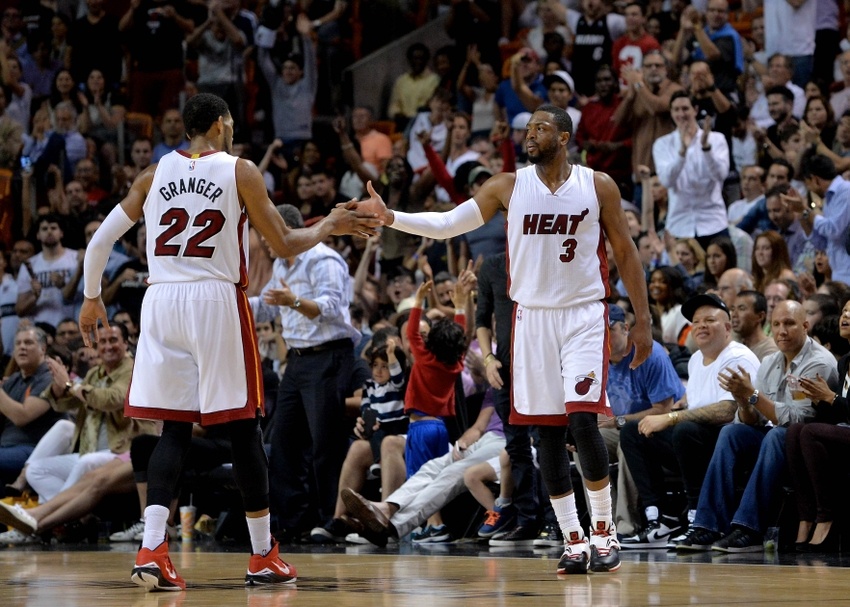 Three, two, one. In what seemed like a mere few seconds with those three little words (“I’m coming home”) the Cavaliers got their king back to the throne as bridges where built, wounds healed, burnt jerseys stamped out and billboards put up again with not a rock in sight. Still as LeBron James went back to Cleveland, Ohio and took his talents away from South Beach what of the Miami Heat? One day a finalist and in the flick of the stroke of a pen across a contract the next out of more than just free agent contention.

But wait! LeBron may have started an opting out trend but it’s not all over now. Voltron may be forming elsewhere but Miami haven’t lost all their Heat. Underrated big man Chris Bosh is back in the post and our chips are on Heat lifer Dwyane Wade committing to the team and city of Miami that consider this man their favorite son. So even if LeBron has left devastation and doubt down south in his Cavalier wake, two out if a big three isn’t bad. Plus you want more? Take any one out of Miami’s new big three free agent signings and you have a new rebuilt redux of a real team that’s still in it. Don’t forget the three point shooting of Ray Allen, the defence of Shane Battier, the potential of former top draft pick Greg Oden and even more and you have lots of big players to choose from and without the king as the centerpiece om this chess board there is more of an actual “team” that could be closer to their former final opponent the San Antonio Spurs then everyone thinks these “losers” are.

Must Read:
Gatorade League Lakers Have A 'Soirée By The Bay' In Midnight Blue

Now there’s even more. The big beard and big hair of Josh McRoberts is a big signing who could make their epic frontcourt that much more epic especially if the bird calls for the crazy hair of Chris Anderson to ink a contract like he does his arms. Then of course there’s Danny Granger. The swingman become sixth man who was forced out of his former team Indiana Pacers top five and now finds himself no longer bounced around but somewhere where he can lead the dribble with his scoring. His points and his teammates including this next one can fill in for James.

After giving up LeBron to Cleveland its only right they got someone back and with the signing of Luol Deng they have a new star who a lot if other teams who lost out on this free agency period (hello Los Angeles) wish they could have got. It eases the hurt a little and gives the Heat a complete turn. Some people forget that this former Chicago Bull star is a top tier player after ironically spending the latter part of last season on post and now pre-LeBron Cav purgatory. Now he has his team and future to run. Sure the king may be gone but in this South Beach castle there’s still many young princes in wait to keep their royal appointment with the crown in check. The Miami Heat are going to be alright and better than most people think. After all San Antonio taught them the winning way that who needs just a big three when you have a team.