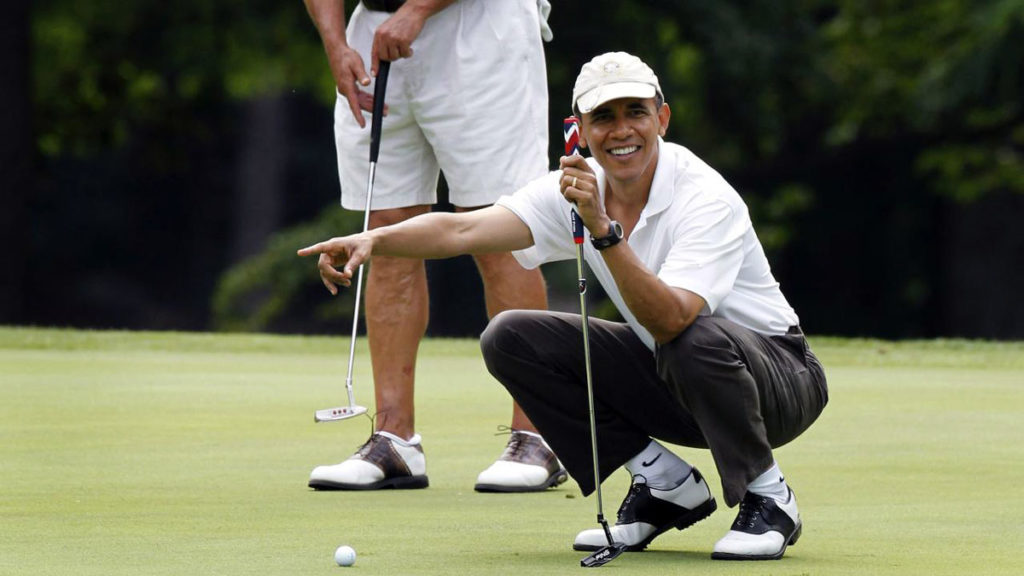 Money just got owned by change…

The greatest basketball player of all-time finally has been beat…and it took the leader of the free world to do it!

Michael Jordan these days is playing the links like he’s trying to be the greatest golfer, forget baseball even. And from having a Basketball court in the White House backyard to playing 18 holes with the Team Jordan likes of Ray Allen, President Barack Obama is known for being a sports aficionado himself.

Still when it comes to the iron and wood the G.O.A.T put the P.O.T.U.S. in his place, proclaiming him as a “s***** golfer”. Now after Obama once burned Academy actor Matt Damon who was unimpressed with his first term, by saying he was too unimpressed with his ‘Adjustment Bureau’ movie (for the record its a great picture), you knew he was going to fire back with some fun and games trash talk. And yes you guessed it, its another classic!

You’d think that Jordan would have put up with enough garbage yapping after running rings around The Glove, Gary Payton’s treadmill mouth for his career, but now he’s truly met his motor match. After Obama joked that M.J. was probably after making more ratings for Ahmad Rashad, he agreed he’d probably be a better golfer if he too got to play twice a day. Still the ultimate serving from the Oval Office statement came when Obama said Jordan should probably spend less time playing golf and more time worrying about his Charlotte Hornets.

Now we can only imagine the comebacks! ‘You should worry about getting more votes right now’! Or maybe, ‘even I did better in Washington’! But I think a better way for these Chicago icons to settle the score would be on court. The president should challenge Mike to a one-on-one like Kenny Eller. Hey, he’s got the floor to do it. Then we’ll see who can talk the talk and whose trash. No ones better than Jordan but when it comes to the Presidents court…surely not in his White House. Right now he was the last word.

In this article:Barack Obama, Michael Jordan