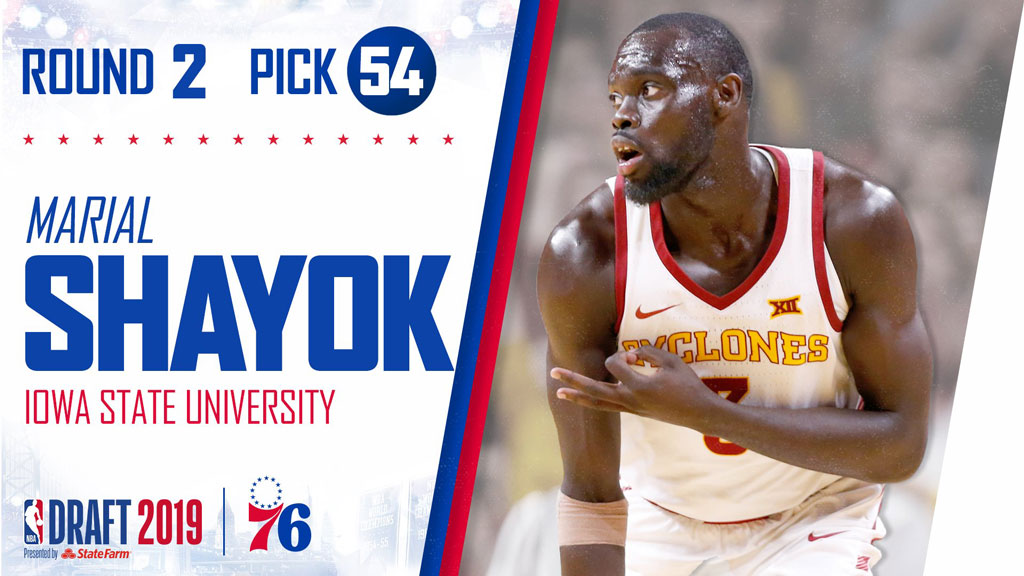 Ottawa’s Marial Shayok has achieved his ultimate dream — becoming the city’s second NBA Draft pick. The Philadelphia 76ers selected Shayok with the 54th-pick overall in the second-round of the 2019 NBA Draft.

Six-foot-eight forward Barry Mungar drafted in the fourth-round, 82nd overall of the 1986 NBA Draft by the Washington Bullets was Ottawa’s first ever NBA selection.

For Shayok and his family the historic moment is a culmination of life-long sacrifices that started in South Sudan with his 6’9″ father Makor Shayok moving his wife and three-daughters to America. The elder Makor set post at Alvin Texas Community College and earned a scholarship to the Dayton Flyers, playing from 1990-1992.

The family migrated to Ottawa, Canada in the mid-90’s and on July 26th, 1995 the youngest Shayok was born.

Marial left Ottawa for New Jersey’s Blair Academy after three-years with the St. Pats Irish — he originally committed to the Marquette Golden Eagles, but transferred to the Virginia Cavaliers after the coach (Buzz Williams) that originally recruited him bailed on the program in 2015.

Correction: We originally reported that Marial Shayok was the first player to ever get drafted from the City of Ottawa. Upon further extensive research, it has been determined that Barry Mungar was indeed Ottawa’s first-ever draft selection in 1986.

Mungar never played a minute in the NBA, thus giving Shayok the distinction of being the first-ever Canadian basketball player from Ottawa to play in an official NBA game.