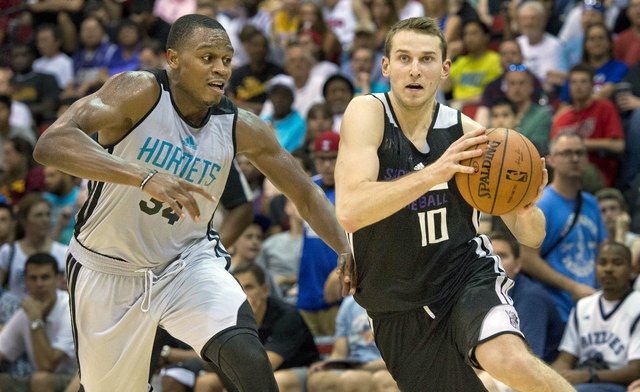 Canadian Nik Stauskas is barely a month into his NBA career and he already has a trophy to add to his collection.

The 6-foot-6 smooth guard played starter minutes (28.9 MPG) and averaged a shade under 10 points per game (9.9) in seven summer-league games. The Mississauga, Ontario sharp-rooter add no problem adjusting to the deeper NBA line  by knocking down 11-0f-23 three-point attempts (.478%) and 43.4 from field.