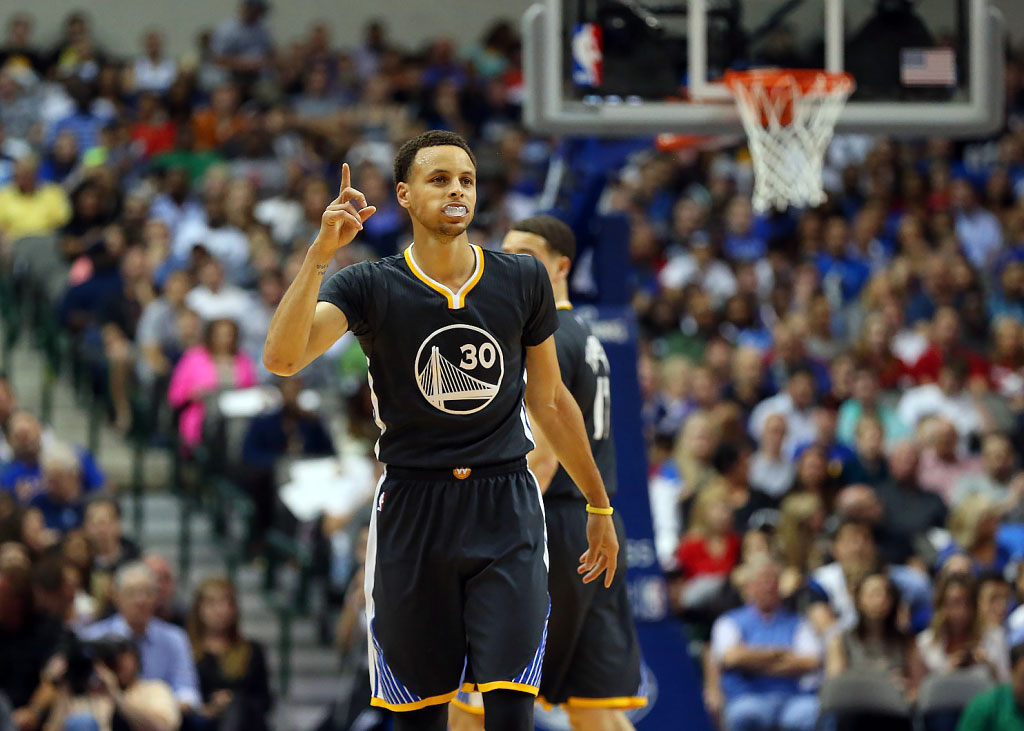 Steph Curry With The Mvp

Chef Curry has cooked up quite the season in California’s Golden State and new Warrior kings of Pacific playmakers. So its no wonder he’s the NBA’s MVP for the 2014/2015 season, complete with the keys to the Kia and the league.

Sure some may argue that the second and third King James’ of Harden and LeBron respectively could have claimed their place. Still with all due respect to them and then leading point scorer Russell Westbrook and Pelican flying Anthony Davis everyone came where they where supposed to in the end.

LeBron has been the King for so long, that Harden almost took his throne whilst going for his head. While Russell Westbrook had been playing like a man possessed, especially ever since he took on the phantom play of that menacing mask. Whilst its time to respect and fear the brow as future MVP and champion Ant Davis has rose to the giant man ranks of becoming one of the best bigs of all time.

Still despite all of this Stephen Curry has shot all his opponents down. With 100 out of 130 first place votes, one of the purest shots to ever come into this league since his sharp-shooting pops Dell gave birth to him finally found the greatest goal. Curry is the Most Valuable Player in more ways than one. Surprised by his basketball brother and former teammate Seth it wasn’t long before water was shed from the eyes of the man with the wettest shot in the L.

“There were obviously good times and bad times. Times I wanted to shut it down. Times where you realize that all the hard work you put into it was worth it,” Stephen told the association press. “It just made me realize how blessed and thankful I really am to be in this position.”

A position of power for the leagues most important spot at Point Guard. A role that his threes have helped redefine alongside the dunking redux remix of fellow candidate Westbrook. The man with a shot as good as Bird reminisced that it wasn’t always flying. Going from a “catapult” to cupid, this baby faced assassin used to be Octobers Very Own with the shot.

Must Read:
Even Without A Throne In This Game, Will The King Still Be Crowned MVP?

Now you can expect to find him still here in June as along with his human torch, Most Improved, almost MVP worthy, ‘Splash Brother’ Klay Thompson he hopes to form the best backcourt the NBA has ever seen. We’re confident that this State can shine like this as they go for gold, but still as this MVP goes to battle with the rest of his Warriors there’s a certification he wants engraved that’s much more than the personal honour of individual success.

That’s the chance to be champion with his team.

Steph Curry with the ‘chip?